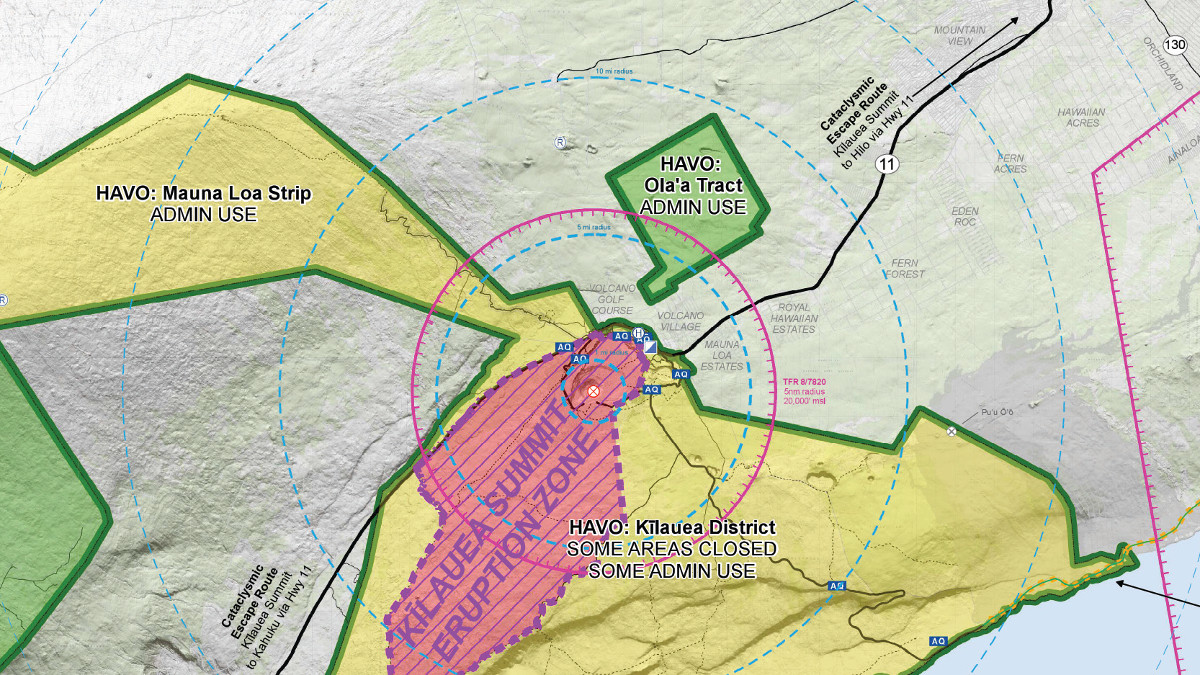 inset of HVNP map showing the increased Volcanic activity of 2018

UPDATE (2:48 p.m.) – This article updates the previous story, in which the County erroneously reported that the Volcano Fire Station was being temporarily relocated to a residence in Mountain View.

(BIVN) – The Volcano Fire Station, also known as Station 19, has been temporarily located to a residence in Volcano Village.

The Volcano Fire Station’s engine and ambulance are now located at 19-4213 Haunani Road, which is within the Volcano District. The Hawai‘i County Fire Department moved the station out the previous location at Kilauea Military Camp within Hawai‘i Volcanoes National Park “due to the continued Halema‘uma‘u collapse event and the degradation of Highway 11 between the 28 to 32 mile marker.”

Since that decision was made, a lull in activity at Kīlauea Volcano has occurred. At the summit, seismicity and deformation are negligible, the USGS Hawaiian Volcano Observatory reports.

The Volcano Fire Station will remain at the residence in Volcano “pending assurance from the National Park and the U.S. Geological Survey that conditions are safe enough to return back to their regular station within the Park.”