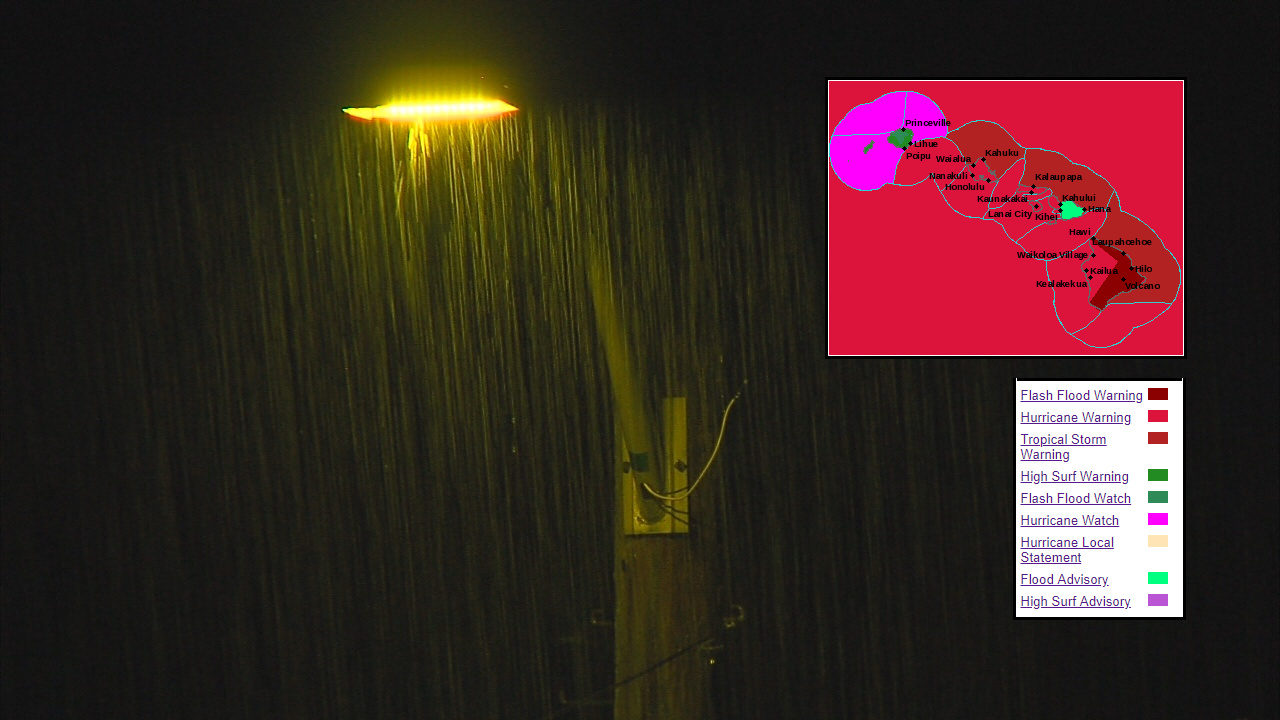 HAWAII ISLAND - Hawaii Island remains under a Hurricane Warning, and now a Flash Flood Warning has been issued for East Hawaii.

(BIVN) – The Emergency Alert System was activated just before 10 p.m. on Wednesday night, as a Flash Flood Warning was issued for East Hawaii.

Hawai‘i Island remains under a Hurricane Warning, as radar and rain gauges “show persistent rainfall rates of 1 to 3 inches per hour, as outer rain bands from Hurricane Lane continue to stream into windward sections of the Big Island,” the National Weather Service said.

At 9:39 p.m. HST, Hawaii County Civil Defense reported that Bayfront Highway in Hilo was closed due to flooding. High water levels are also being reported on the Honolii Stream, Kawainui Stream and Wailuku River, the forecasters said.

Additional flash flooding is likely to develop across windward sections of the Big Island during the night due to the persistent heavy rains.

A Brown Water Advisory has also been issued for the Island of Hawai‘i. According to the State Department of Health:

Hurricane Lane has resulted in stormwater runoff entering into coastal waters. The public is advised to stay out of flood waters and storm water runoff due to possible overflowing cesspools, sewer, manholes, pesticides, animal fecal matter, dead animals, pathogens, chemicals, and associated flood debris. Not all coastal areas may be impacted by runoff, however, if the water is brown stay out. Continue to practice good personal hygiene and follow-up with your primary care physician if you have any health concerns.

Based on the latest Central Pacific Hurricane Center forecast advisory at 8 p.m. HST, the center of Lane will pass roughly 125 miles west of Kona on Friday morning around 8 a.m. HST. With maximum sustained winds remain near 145 mph, Lane is a powerful category 4 hurricane on the Saffir-Simpson Hurricane Wind Scale. Some weakening is forecast
during the next few days, but Lane is expected to remain a hurricane as it approaches the islands.