HAWAII ISLAND - Rainfall rates up to 4 inches per hour are causing flooding in numerous areas, with numerous road closures reported. 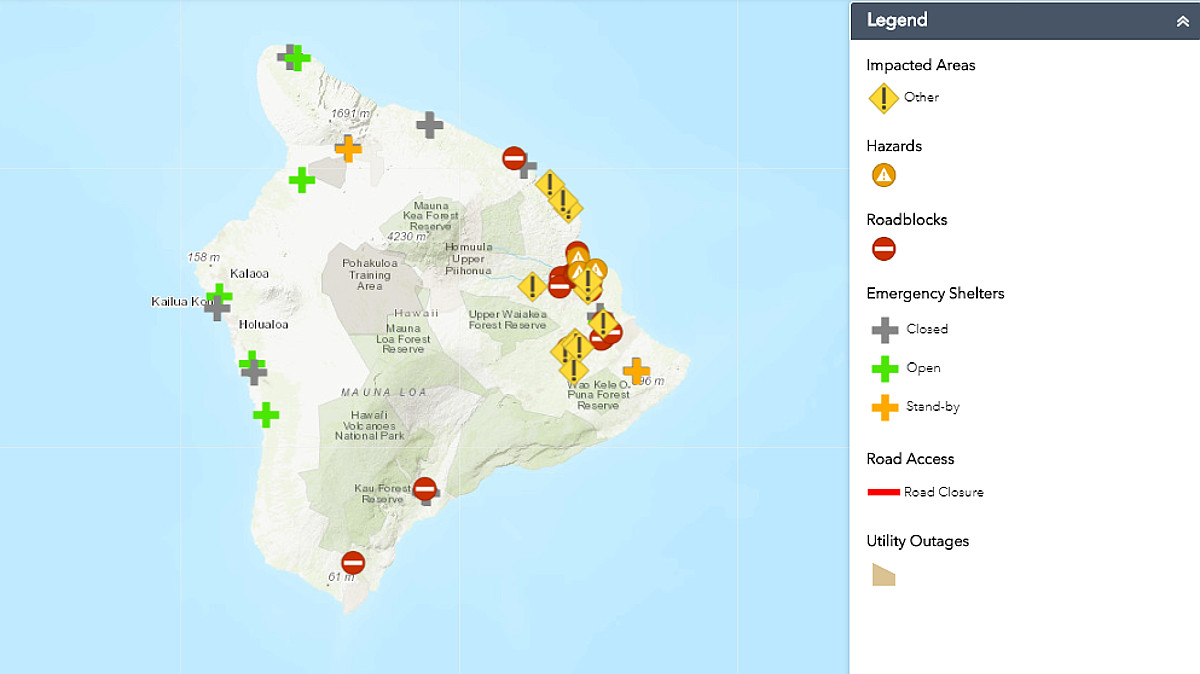 Hawaii County has released a new map showing all the road closures as a result of flooding and landslides on Hawaii Island. See the live map here.

11 p.m. by Central Pacific Hurricane Center – Tropical Storm Lane moving slowly toward the north-northwest, south of Hawaii. Lane’s outer rain bands producing severe flooding across parts of the Hawaiian islands. Localized storm total amounts in excess of 40 inches have already been observed along the windward side of the Big Island. Large swells generated by Lane will impact the Hawaiian Islands tonight. These swells will produce high surf along exposed south and east shorelines through early Saturday. Isolated tornadoes are possible from tonight into early Saturday across parts of the Big Island.

10:52 p.m. by National Weather Service – Flash Flood Warning in effect until 11:45 p.m. At 10:50 PM HST, radar and rain gages showed extremely heavy rainfall persisting over the Ka‘u and Puna Districts. Rainfall rates of 3 to 4 inches per hour have been observed for several hours, and extreme flooding impacts are being reported by Big Island Civil Defense. Highway 11 is closed in several areas including, between Kea‘au and Hawaiian Paradise park, and near Pahala at Kawa Flats.

THIS IS A VERY DANGEROUS SITUATION. DO NOT TRAVEL DUE TO ONGOING FLOOD IMPACTS.

At 850 PM HST, Big Island Civil Defense reported widespread flooding impacts as heavy rain from Tropical Storm Lane continues to stream over the island. Rainfall rates up to 4 inches per hour are causing flooding in numerous areas, with numerous road closures reported. THIS IS A VERY DANGEROUS SITUATION. DO NOT TRAVEL DUE TO ONGOING FLOOD IMPACTS.

8:30 p.m. by Hawaii County Civil Defense – The Hawaii Police Department reports multiple road closures due to flooding, landslides, and debris. Throughout the island, crews are not able to open these roadways at this time. You are advised to stay off all roadways due to very hazardous conditions.

For your information, sandbags cannot be distributed at this time because crews are only responding to life saving tasks. Again, police report extremely dangerous driving conditions throughout the island. Major closures are occurring due to landslides and water runoffs.

8:15 p.m. by Hawaii County Civil Defense – The following major road closures are in effect as of 8:15pm:

The following secondary road closures are also in effect: