HAWAII ISLAND - Hilo port is open, and the Hawaii DOT has posted a detailed post-Hurricane Lane damage assessment of state roads on the Big Island. 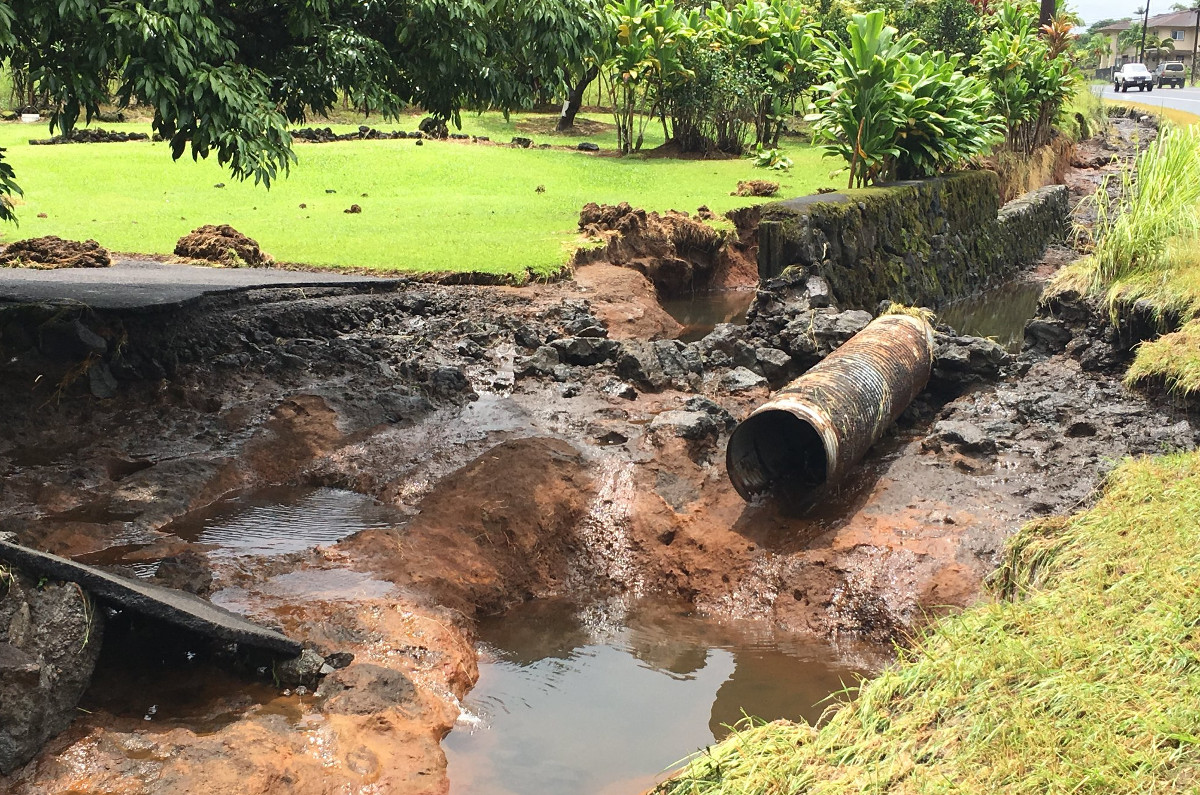 UPDATE: The Flash Flood Warning has been extended for the island of Hawai‘i until 11 p.m. HST. Forecasters said:

At 727 PM HST, radar and rain gauges showed persistent heavy rain over the lower Puna District. The most intense rainfall of 2 to 4 inches per hour was around Pahoa and Hawaiian Beaches, extending along Highway 130 toward Hawaiian Paradise Park. Hawaii County Civil Defense reports that flash flooding is occurring in this area. Additional rainfall is expected to move over the east-facing slopes of the Big Island through this evening.

(BIVN) – A Flash Flood Warning remains in effect for East Hawai‘i until 8 p.m. HST. According to the National Weather Service:

At 4:42 PM HST, radar showed intense rain from a thunderstorm over the lower Puna District. The most intense rainfall of 2 to 3 inches per hour was over the area from Hawaiian Paradise Park to Leilani Estates. Additional rainfall is expected to move over the east-facing slopes of the Big Island through early this evening.

“Rain will continue through the weekend so please be careful when travelling on the roads,” Hawai‘i County Civil Defense said in a message. “Closures may occur without any notice.” 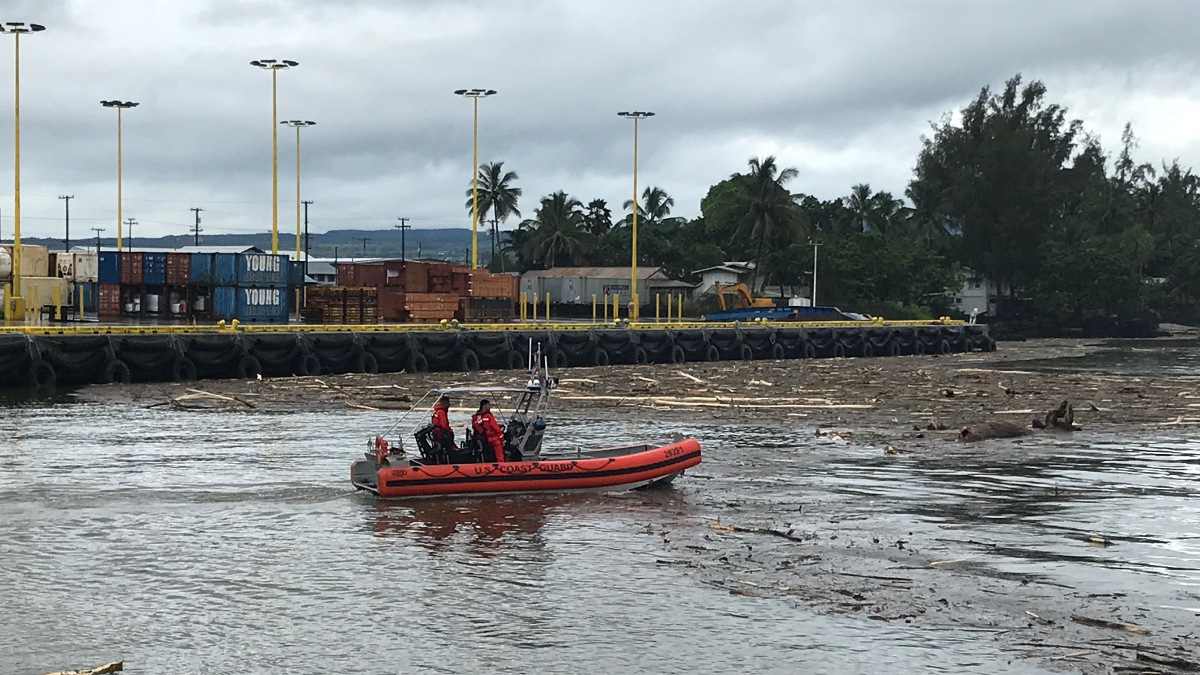 (USCG PHOTO) A Coast Guard small boat crew making an assessment of the port of Hilo on Aug. 24, 2018.

Highway 130 at MM 2.8 – Tree and debris behind guardrail of Pahoa bound lanes.