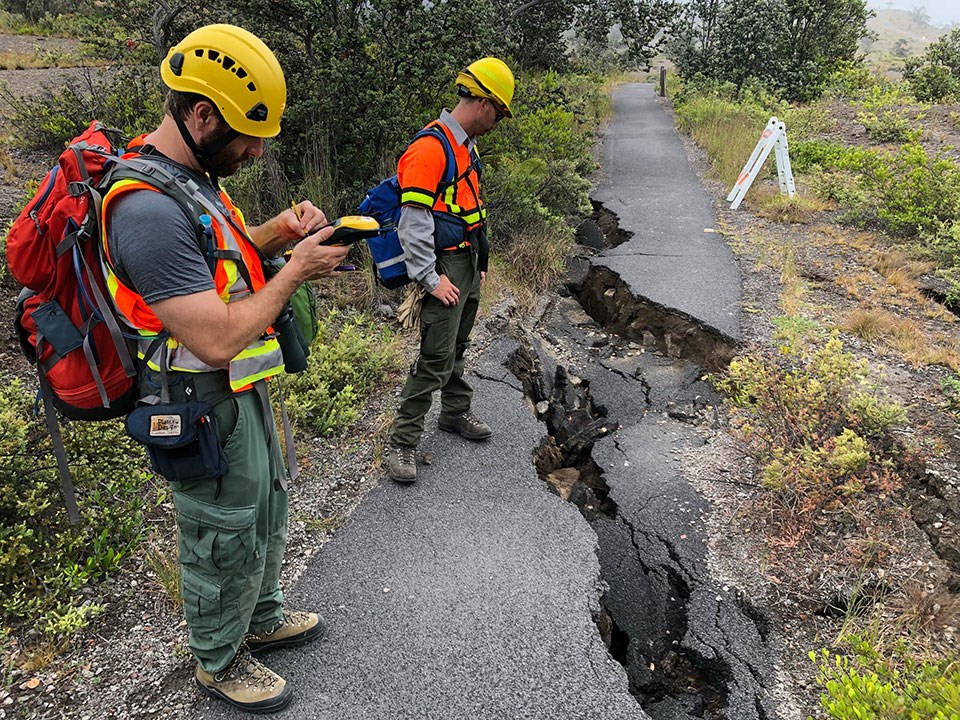 (BIVN) – Seismicity remains low and ground deformation is negligible at the summit of Kīlauea Volcano. An Unmanned Aircraft Systems team recently circumnavigated the crater rim, which is now seven times larger than it was before eruption began. The data collected by the overflight will be used for digital elevation models that document summit changes.

From early May 2018 to the present, the volume change at the summit is over 825 million cubic meters, or 1 billion cubic yards. The vertical collapse of the crater floor is more than 1600 feet. The USGS Hawaiian Volcano Observatory published a time-lapse video showing the progression of the summit changes from April 14 to August 20.

Earthquakes continue on South Flank faults. They are probably aftershocks of the magnitude 6.9 earthquake that occurred in early May, scientists say.

Hawaii Volcanoes National Park is still closed, but the superintendent has set a goal of reopening some closed areas by September 22.

A National Park Service geomorphology team began evaluating the stability of areas damaged or potentially weakened by earthquakes. Results will determine where it will be safe for visitors to go.

On August 28, non-potable water was restored to nine park buildings including the visitor center. Water has not yet been restored to the Volcano House and the entire park water system remains unsafe to drink.

As of August 29, 32 park buildings have been inspected for earthquake damage. The geomorphology team also completed an initial inspection Thurston Lava Tube, but further assessments are needed to determine if the lava tube is safe to reopen.

On Friday, the National Park said that it is preparing to reopen these specific locations on Sept. 22 by 10 a.m. HST:

The entrance station will open by 10 a.m. on Sept. 22, and the park will go back to being open 24 hours a day. The National Park Service said:

The entrance station will open by 10 a.m. on Sept. 22, and the park will go back to being open 24 hours a day. National Public Lands Day is a fee-free day so entrance fees will not be charged on Sept. 22. Entrance fees will go into effect on Sun., Sept. 23. Areas not listed above should be presumed closed. There is no drinking water in the park. Unforeseen circumstances could delay the projected reopening. During the last several weeks, two hurricanes threatened the park, and a damaging wildfire burned nearly 3,800 acres of native forest on Mauna Loa.

On Sept. 10, a team of engineers from the Federal Highway Administration will begin assessments on park roads, the National Park Service reports. Due to extensive earthquake damage, no vehicles over 15,000 pounds will be allowed to enter the park when it reopens.