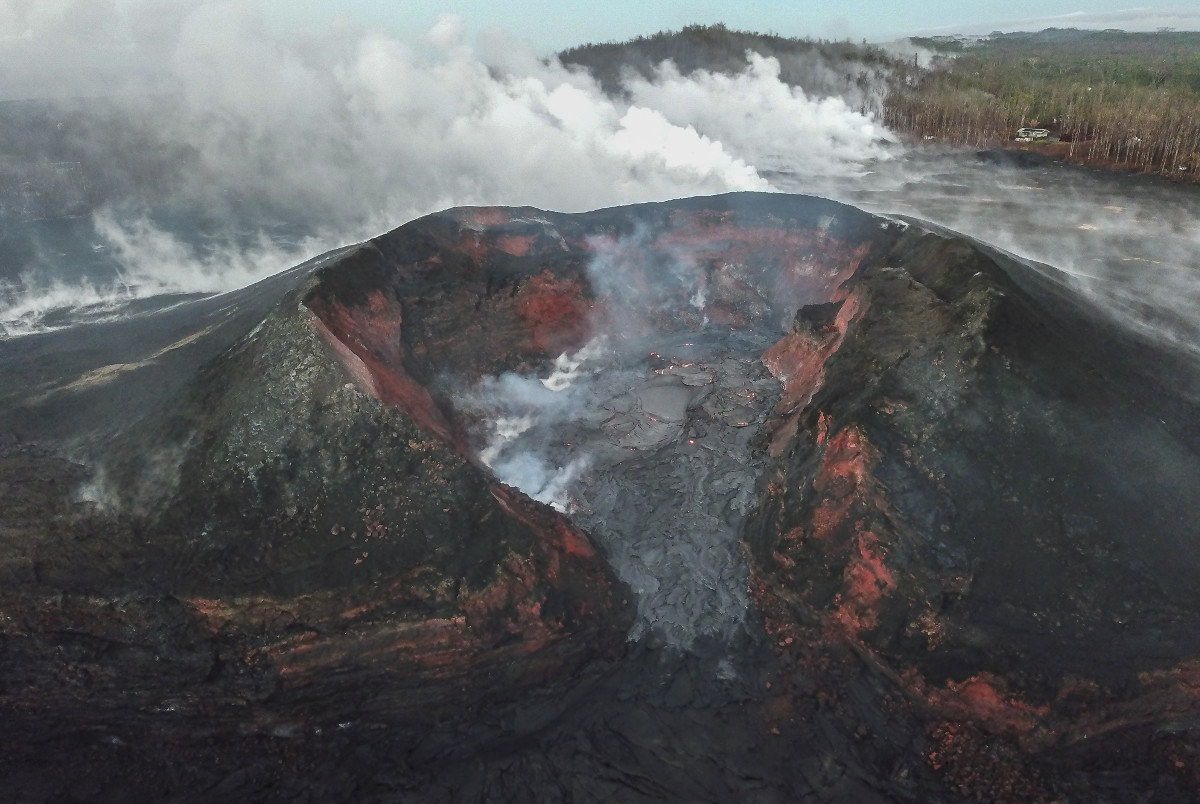 PUNA, Hawaii - Weak lava activity was present in fissure 8 this morning, with no lava extending outside the walls of the cone and no flows heading down the spillway.

Hovering at about 600 feet above the lower East Rift Zone of Kilauea Volcano, an Unmanned Aircraft Systems captured a view into the fissure 8 cinder cone. “Lava has filled the small footprint-shaped crater inside the cone,” the USGS Hawaiian Volcano Observatory later reported. “Sluggish Pāhoehoe flows have crept across the crater floor, but are not flowing down the spillway. Other lower East Rift Zone vents were steaming due to morning rainfall.”

The sulfur dioxide emission rate measurements from lower East Rift Zone (LERZ) vents were slightly higher than those measured in the past week, but were still low, scientists said. SO2 rates at the summit, Puʻu ʻŌʻō, and LERZ are drastically reduced, and remain lower than at any time since late 2007.

Hawaiian Volcano Observatory crews were also successful “in restoring communication to most of the monitoring stations on the east side of the island where data communications were disrupted by the passage of Hurricane/Tropical Storm Lane.”

Meanwhile, Hawaii County Civil Defense is reminding the community that a September 12 deadline looms for the following disaster assistance programs:

According to the USGS, the Kilauea Volcano alert level remains at WATCH.