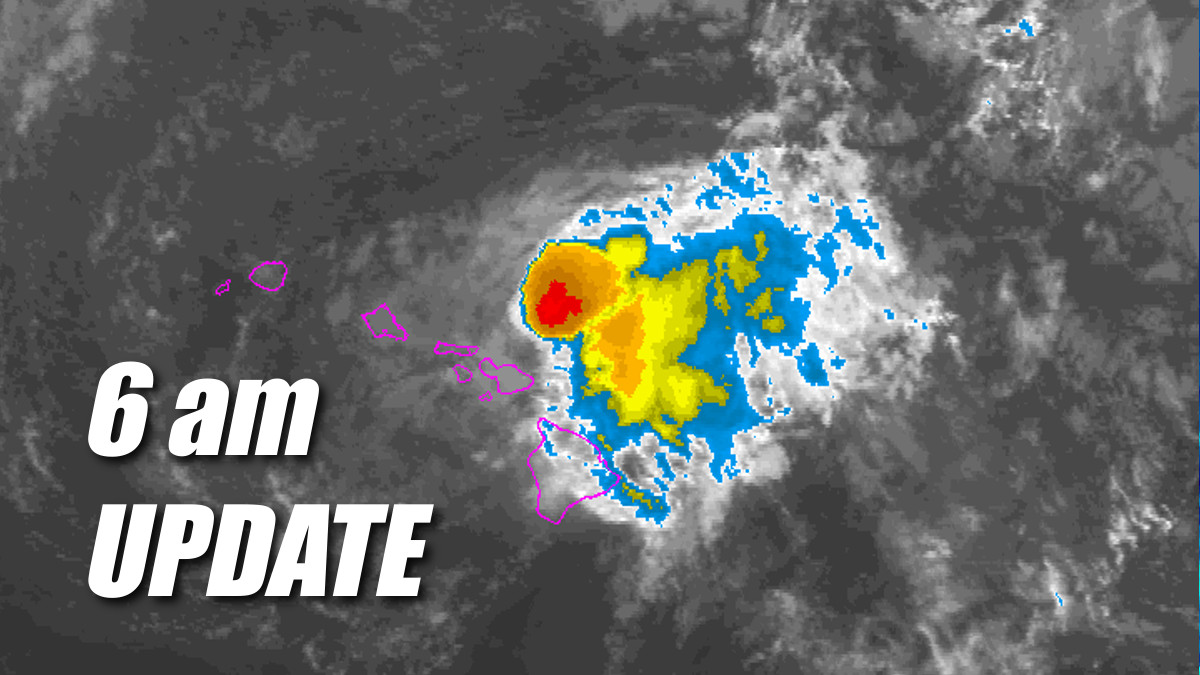 HAWAII ISLAND - Monitoring throughout the night by Police, Fire, and Road Crews reported no problems occurring in any of the districts on Hawaii Island.

(BIVN) – The Tropical Storm Warning has been discontinued for Hawaii Island, as Tropical Storm Olivia is moving west towards Maui at 12 mph, passing the Big Island to the north.

Olivia’s maximum sustained winds are near 45 mph with higher gusts, and more weakening is forecast during the next 48 hours. 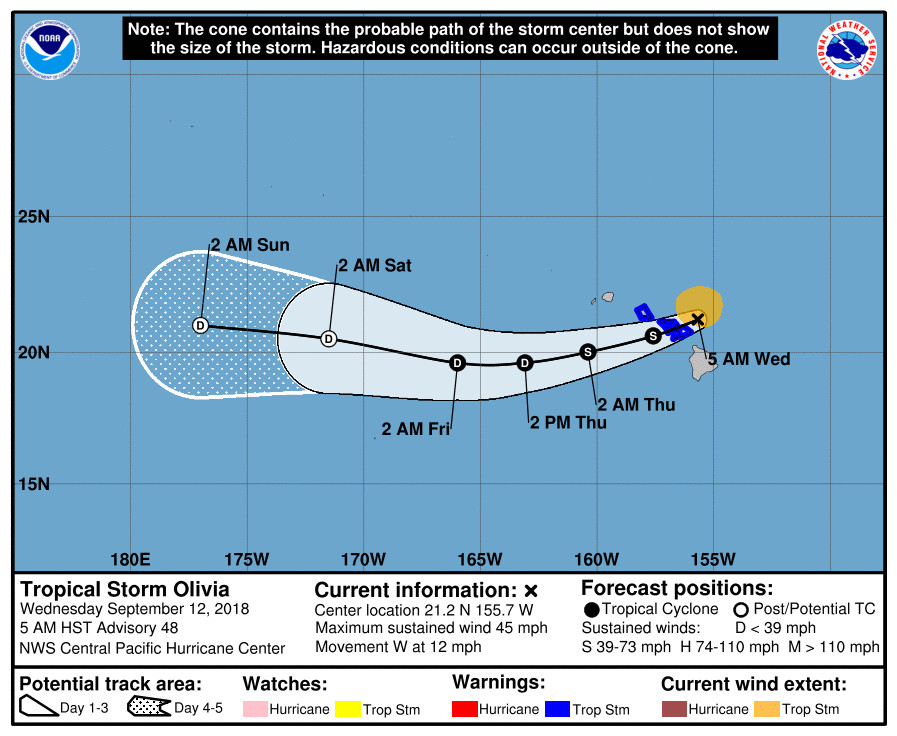 A Flash Flood Watch is still in effect for Hawaii Island. A High Surf Warning is also in effect foe east facing shores.

“Monitoring throughout the night by Police, Fire, and Road Crews of the State and County reported no problems occurring in any of the districts of Hawaii Island,” Hawaii County Civil Defense stated this morning. “Due to the location of the storm, emphasis of monitoring was focused in the Hamakua, Kohala and North Kona districts.” 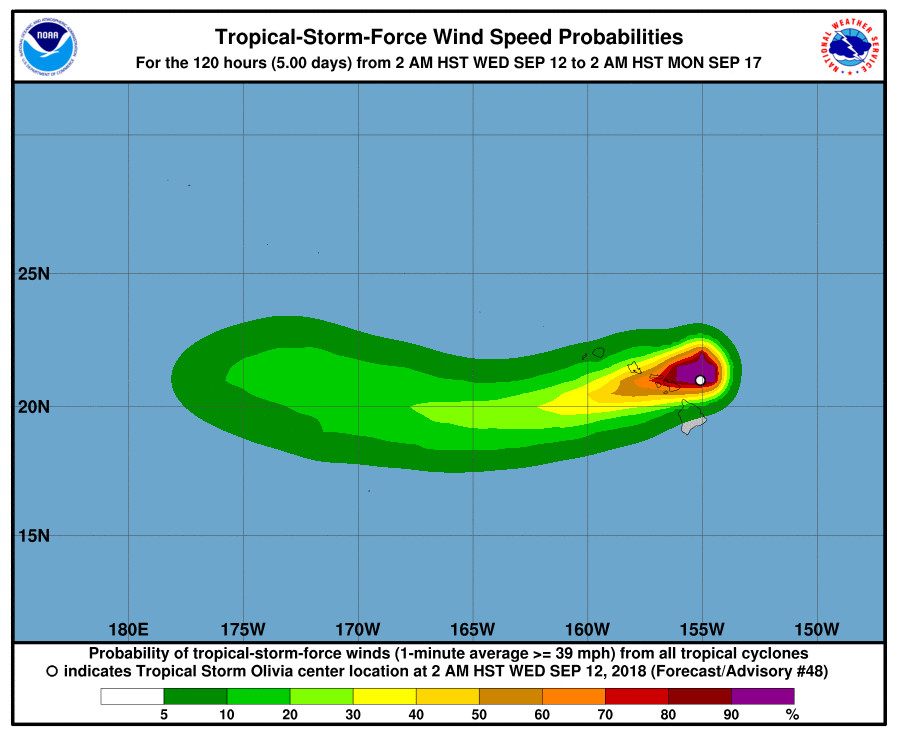 According to the Hawaii Red Cross, there no one made use of the evacuation center that was made available at the Waimea Community Center overnight.

The Department of Education reports all schools are open on Hawaii Island today including all after school activities, civil defense says. Police and Road Crews report all roads are clear and open.

According to the 5 a.m. discussion posted by the Central Pacific Hurricane Center:

An explosive overnight development of thunderstorms in Olivia’s eastern semicircle have since moved over the low level circulation center (LLCC), despite westerly vertical wind shear near 25 kt. Subjective Dvorak current intensity estimates ranged from 2.0/30 kt to 2.5/35 kt this time around, but velocity data from the WSR-88D on Molokai indicate 50 kt winds at 5000 feet, and 45 kt at 10000 feet. Using reduction factors typically applied to aircraft data, this supports a surface wind estimate of 40 kt.

Olivia’s motion over the past 18 hours has been erratic, and strongly modulated by the amount of associated deep convection. A faster motion toward the west-southwest was observed when convection dissipated yesterday, with a slower forward speed toward the west-northwest observed with the deeper convection. This is due to the vertical wind shear, with the exposed low cloud swirl steered by low-level trade winds, while the deep convection allows Olivia’s motion to be increasingly affected by the westerly flow aloft. With the persistent overnight convective burst, the initial motion estimate for this advisory is estimated to be 280/10 kt.

In the short term, Olivia is expected to move toward the west. However, the expectation is that the deep convection will wane later this morning, and Olivia will make a turn toward the west-southwest by this afternoon. After emerging to the west of Maui County this evening, the expectation is that terrain interaction and increasing vertical wind shear will prevent deep convection from persisting over the center. A motion toward the west-southwest is then expected through 36 hours, with the assumption that the LLCC will be intact after emerging to the southwest of Maui County. GFS guidance indicates dissipation within 48 hours, while the ECMWF carries a surface low through day 5. The official forecast splits the difference, with Olivia devolving to a post-tropical remnant low by day 3 before dissipation on day 5.

1. Flooding rainfall, high surf, and damaging winds are expected in the warning area. Significant impacts can occur well away from the center, especially when considering that the mountainous terrain of Hawaii can produce localized areas of strongly enhanced wind gusts and rainfall.