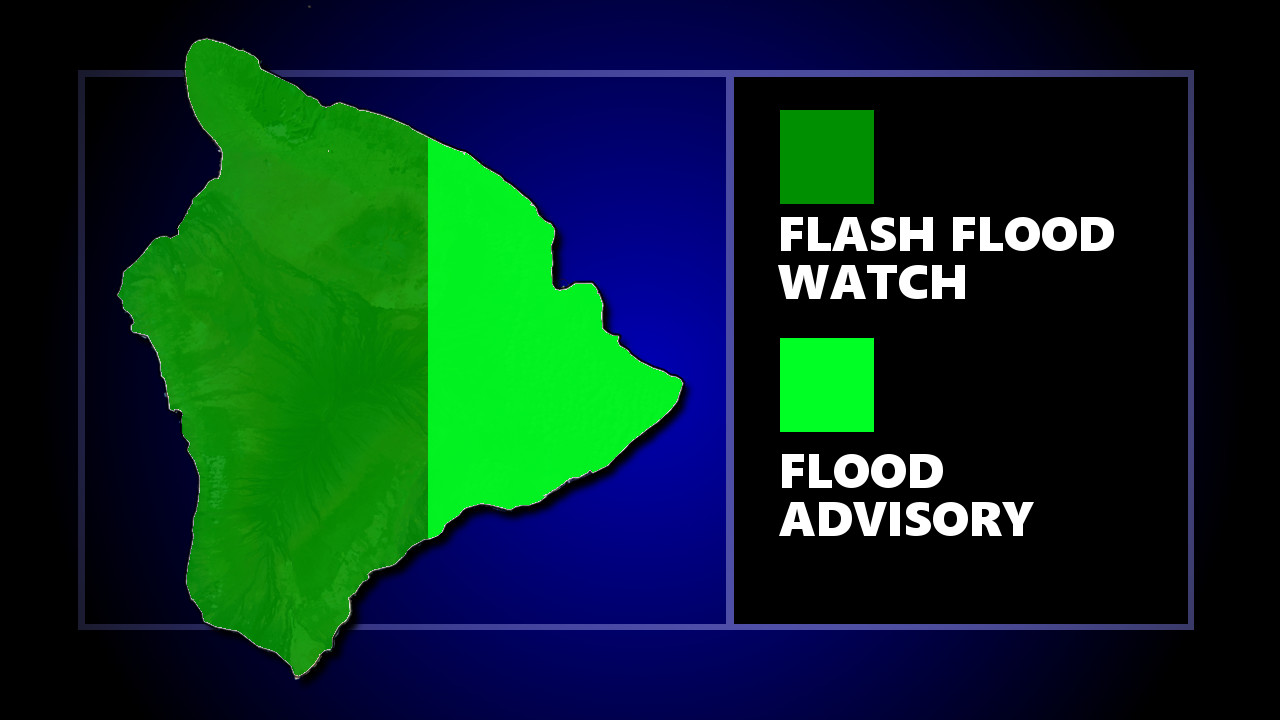 HAWAII ISLAND - Moisture associated with Olivia is still present over much of the islands, as unsettled and wet weather will persist today across the state.

UPDATE (11 a.m.) – The National Weather Service in Honolulu says that “at 1017 AM HST, radar and rain gages showed moderate to heavy rainfall continuing across the eastern slopes of the Big Island. The highest rain rates were around one inch per hour in the South Hilo and Puna Districts. Water levels in Wailuku River and Honolii Stream have been steadily rising over the past several hours. The rainfall is expected to continue into the afternoon.”

(BIVN) – The National Weather Service in Honolulu has issued a Flood Advisory for an area in Hawaii County until 7:30 a.m. HST.

At 437 AM HST, radar and rain gages indicated moderate to heavy rain moving ashore over windward portions of the Big Island, affecting the Puna and Hilo districts, forecasters reported.

“Rather wet weather continues to affect much of the islands early this morning as moisture associated with Olivia is still present over much of the islands,” the National Weather Service wrote in a Thursday morning discussion. “Meanwhile, a low aloft north of the islands is moving southwest and will pass northwest of Kauai later today, providing atmospheric instability to the area. Both early morning Lihue and Hilo soundings depicted a rather moist and unstable airmass with higher precipitable water values compared to Wednesday afternoon. This resulted in rather active weather for much of the islands, with a few thunderstorms developed near Molokai and Oahu overnight.”

“Expect unsettled and wet weather to persist across the state today and tonight, with the threat of heavy rain continuing,” the forecasters said. “Have increased the coverage of chance of thunderstorms to much of the state in this forecast package today, since it is hard to pin point where the thunderstorms may flare up. The heaviest rain will still likely affect the western islands today. A Flash Flood Watch remains in effect for all islands through late tonight.”