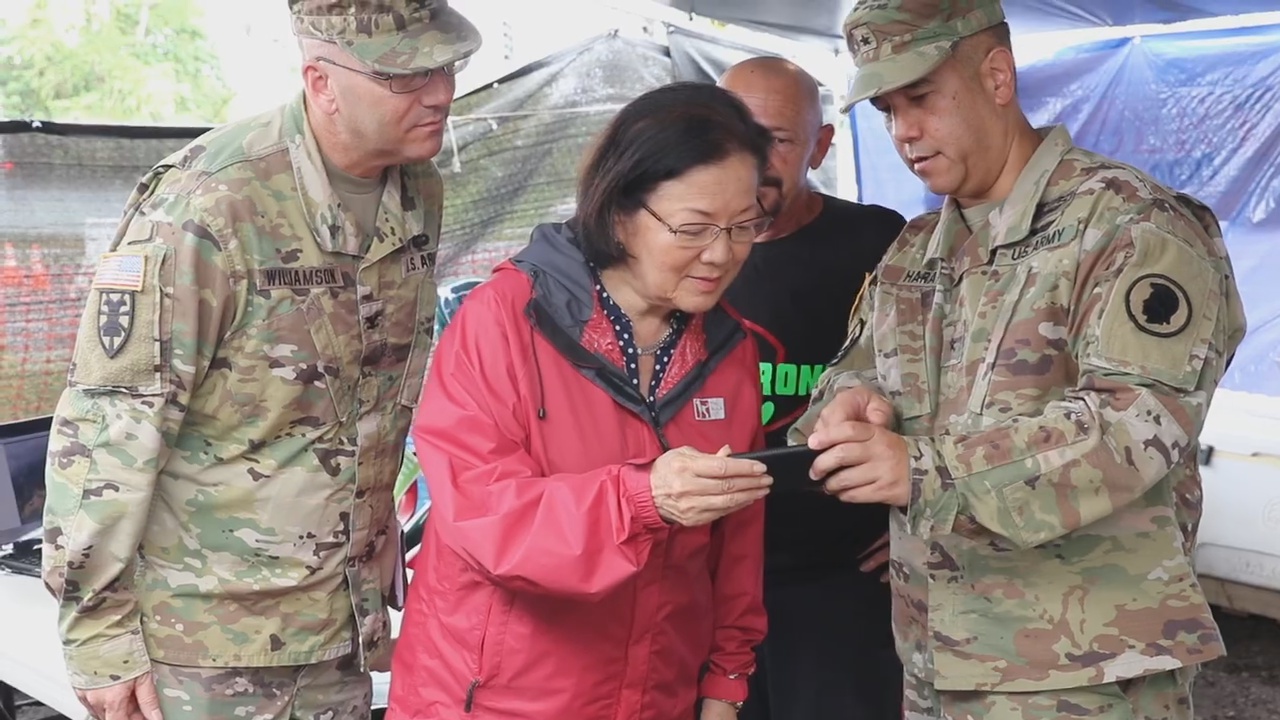 image from Hirono video recorded in Puna in July 2018

(BIVN) – Puna farmers impacted by the eruption of Kīlauea Volcano will soon be getting federal assistance, according to U.S. Senator Mazie Hirono (D-Hawaiʻi).

Sen. Hirono announced on Monday that the Synergistic Hawaii Agriculture Council, or SHAC, will receive more than $483,000 in funding from the Minority Business Development Agency (MBDA).

According to the senator:

The MBDA disaster relief grant will fund the creation of a business recovery hub that will provide assessments, financial planning resources, and marketing and skills training to agricultural businesses who need assistance in returning to production. The funding will also be used to create a central quarantine location to facilitate importation of new seeds and plants material; establish a training center to expand international sales; and set up a baseyard to bring down the costs of materials for individual farmers.

“In July, I met with members of Hawaii Island’s floriculture industry whose livelihoods were devastated by the volcanic eruption. They told me that despite the challenges they face, they want to restart their businesses as soon as possible,” Senator Hirono said in a media release. “I am committed to ensuring that Hawaii Island’s agriculture community receives the assistance they need as recovery efforts continue.”

Senator Hirono wrote to Ms. Bridget Gonzalez of MBDA in July in support of the SHAC’s grant application. That month, Hirono “convened a meeting with the Hawaii Island floriculture community to hear more about the ongoing challenges they face in recovering from volcanic activity.”

Hirono’s letter to the MBDA was in support of two grant requests in the amount totaling $800,000. The “Disaster Recovery Project” request was funded. The other request, the “Native Hawaii Infrastructure Focused Public-Private Partnership,” would rebuild infrastructure for Puna farmers via an agriculture park, where both papaya and orchid farmers could receive long-term, low cost leases, to restart their businesses, Hirono’s letter stated.