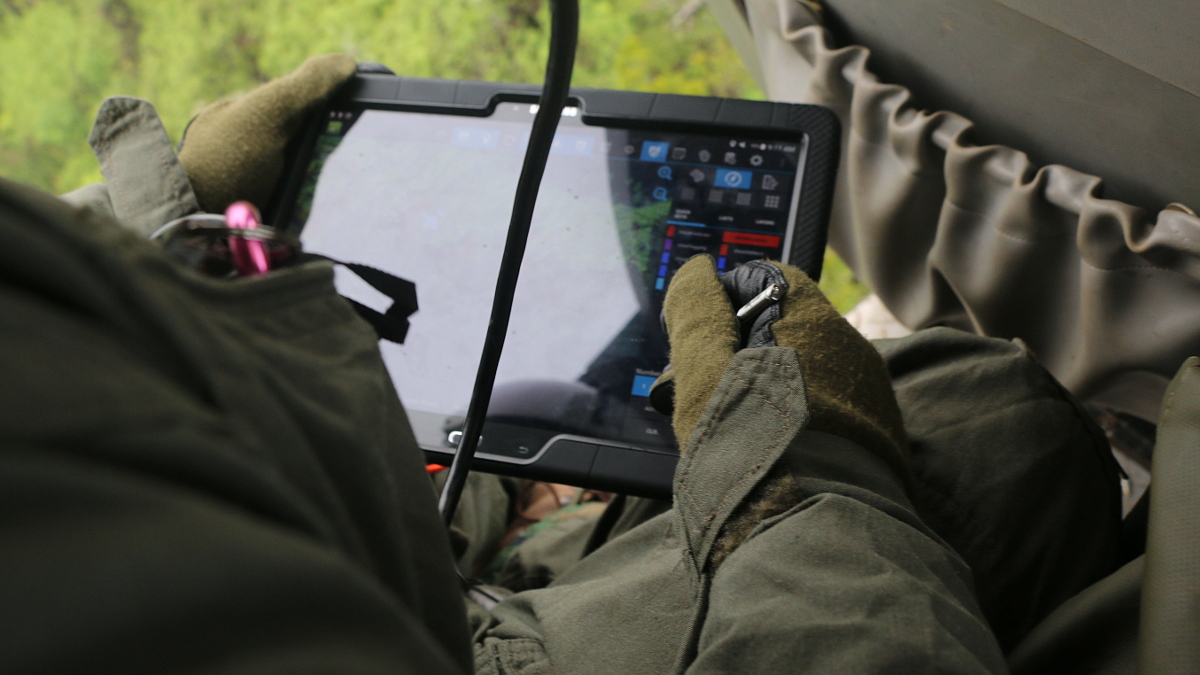 KALŌPĀ, Hawaiʻi - The states says aerial assessment spotted the diseased trees in July and followed up with ground crews.

(BIVN) – Sickly ʻōhiʻa trees in the Kalōpā State Recreation Area on the Hāmākua Coast, first observed during helicopter surveys over the summer, have tested positive for an aggressive form of Rapid ʻŌhiʻa Death.

Kalōpā State Recreation Area has been closed since mid-July for repairs and upgrades to the park’s cabins and campgrounds.

The “symptomatic” trees were detected back in July, the Hawaiʻi Department of Land and Natural Resources says, utilizing digital mobile sketch mapping, or DMSM. Ground crews from the Big Island Invasive Species Committee followed up by taking ground samples. Five of the six samples tested positive for C. lukuohia, one of a pair of fungi associated with Rapid ʻŌhiʻa Death and the most aggressive of the two, the state says.

“We continue to take samples and are conducting UAV (drone) flights to more accurately map the area,” said Bill Stormont of the DLNR Division of Forestry and Wildlife (DOFAW). “We’re working with the DLNR Division of State Parks to determine next steps which could include felling the diseased trees. This is desirable to limit the potential spread of the disease by dust and frass created by beetles that burrow into infected trees.”

According to Hawaiʻi DLNR:

Tree felling only happens if it can be done safely and without harming surrounding trees. It’s ideally done on a rainy day to limit potential airborne dispersal of the fungus. Felling would only happen in the park and not in the adjacent forest reserve, where the tree canopy is too tight to make cutting trees a viable option.

The state says discussions are underway with an adjacent private landowner to gain access to sample symptomatic trees on that property as well.

An estimated 135,000 acres of ʻōhiʻa forest on Hawai‘i Island currently show symptoms of the disease.