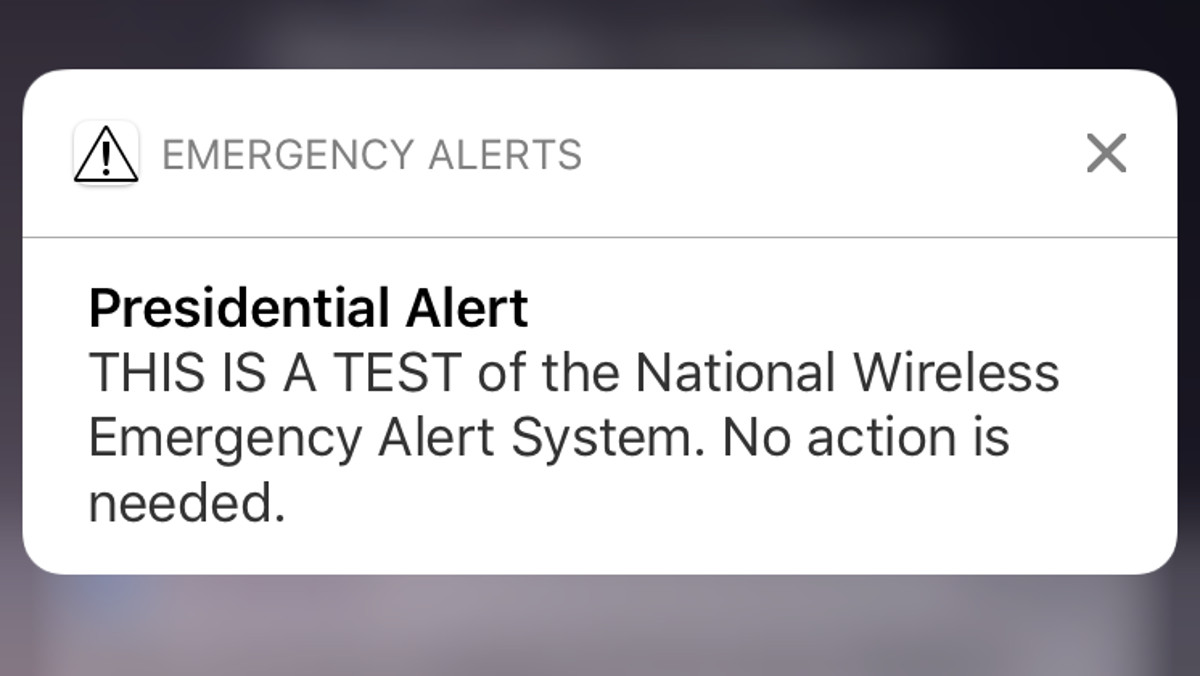 U.S. Senator Brian Schatz (D-Hawaii), the lead Democrat on the Senate Subcommittee on Communications, Technology, Innovation, and the Internet, released a statement on today’s test, saying: “In order to make sure our national alert system works the way it should, we need to test it. This test is mandated by law, and it’s the right thing to do. We have strong laws and federal rules to ensure any use of these kinds of alerts, which are activated directly by FEMA, and not the president, are used appropriately. There are lots of things to worry about right now, but this test is not one of them.”

Schatz’ statement was issued minutes before the alert appeared on cell phones. The Hawaiʻi County Civil Defense agency also put out a preemptive statement on the test, saying:

The WEA portion of the test commences at 8:18 a.m. HST and the EAS portion follows at 8:20 a.m. HST. The test will assess the operational readiness of the infrastructure for distribution of a national message and determine whether technological improvements are needed.

Cell phones that are switched on, within range of an active cell tower and whose wireless carrier participates in WEAs should be capable of receiving the national test message, and will receive the same special tone and vibration as with all WEA messages (i.e. Tornado Warning, AMBER Alert).

The WEA test message will read “This is a test of the National Wireless Emergency Alert system. No action is needed.” The WEA system is used to warn the public about dangerous weather, missing children, and other critical situations through alerts on cell phones. It allows customers whose wireless provider participates in WEA and who own a WEA compatible wireless phone to receive geotargeted alerts of imminent threats to safety in their area through unique tones and vibration. The national WEA test will use the same special tone and vibration.