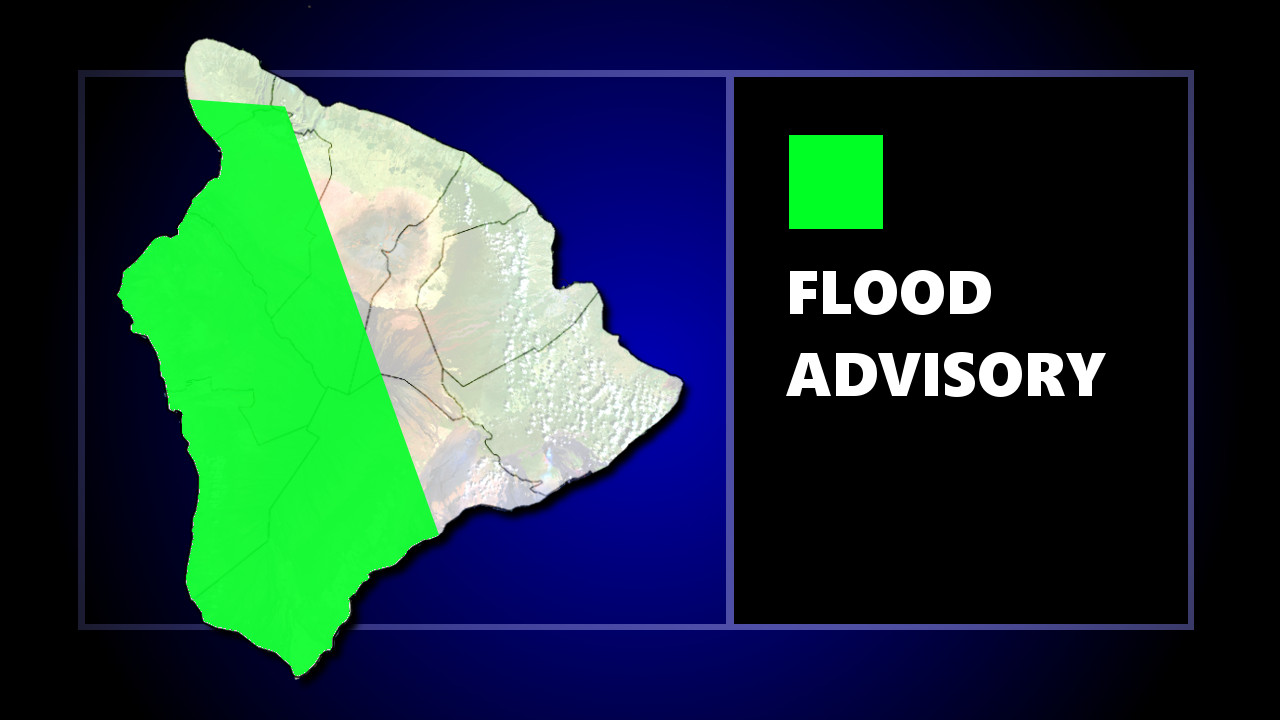 HAWAIʻI ISLAND - Rain was falling at a rate of 1 inch an hour, with some isolated amounts briefly near 2 inches per hour, the National Weather Service reported.

UPDATE (6:30 p.m.) – The Flood Advisory is now in effect for the entire Island of Hawaiʻi. According to the National Weather Service in Honolulu:

At 511 PM HST, radar indicated several areas of heavy rain over the Big Island. On the west side, the heaviest rain is found from Keauhou to Honaunau. On the east side, the heaviest rain is found in the Puna district near Mountain View, Glenwood and Pahoa. Rain was falling at a rate of 1 to 2 inches per hour. Rain is expected to diminish along the west side after sunset, but will continue overnight on the east side.

(BIVN) – The National Weather Service in Honolulu has issued a Flood Advisory for the island of Hawaiʻi until 4:45 p.m. HST.

“At 141 PM HST,” the National Weather Service stated, “radar indicated heavy rain over the western slopes of the Big Island. Rain was falling at a rate of 1 inch an hour, with some isolated amounts briefly near 2 inches per hour.”

“Stay away from streams, drainage ditches and low lying areas prone to flooding,” the National Weather Service warned in its message. “Rainfall and runoff will also cause hazardous driving conditions due to ponding, reduced visibility and poor braking action. Do not cross fast flowing or rising water in your vehicle, or on foot. Turn around, don`t drown.”