KEAUHOU, Hawaiʻi - "Back from the Brink: Hawaii’s Battle Against Extinction", this yearʻs festival theme, builds awareness for native bird plight. 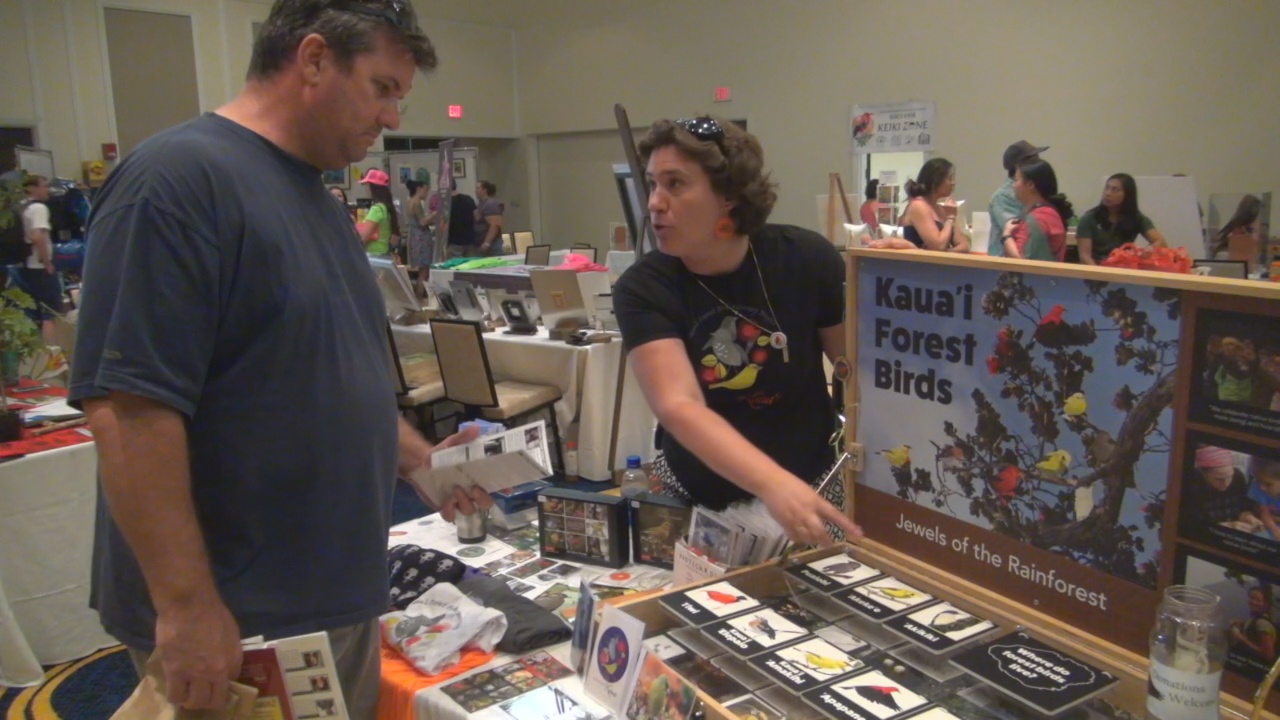 Inside the Bird Fair. Image from video courtesy Hawaii Island Festival of Birds

“You’ve got information booths, you’ve got art booths,” said participant Hope Lemoine of Springhill, Nova Scotia. “If you’re interested in getting binoculars or something, you’ve got tour companies.”

This year’s theme was “Back from the Brink: Hawaii’s Battle Against Extinction,” and it showcased efforts to save Hawaii’s rarest bird species.

“It’s a matter of bringing communities together,” said Tim Appleton with the United Kingdom Bird Fair. “Understanding the plight of conservation, particularly in these islands, where there are all sorts of problems with alien species and the impact they have on your native species.”

“I did my master’s work on the Hawaiian bird catchers and so I know a bit about the traditional Hawaiian relationship with our native birds,” said former National Park ranger Noah Gomes, one of the speakers at the September 15th Bird Fair. “Many of our birds are only found really high up on the mountainside these days, and on some islands there are very few, if any, left. So it kind of depends on where you live whether you’re able to see our native forest birds or not. But in general, it’s difficult and sometimes – even if you do happen to go into the place where they’re at – if you don’t know what you’re looking for you may not notice.”

The American Birding Association named the ʻiʻiwi the 2018 Bird of the Year. 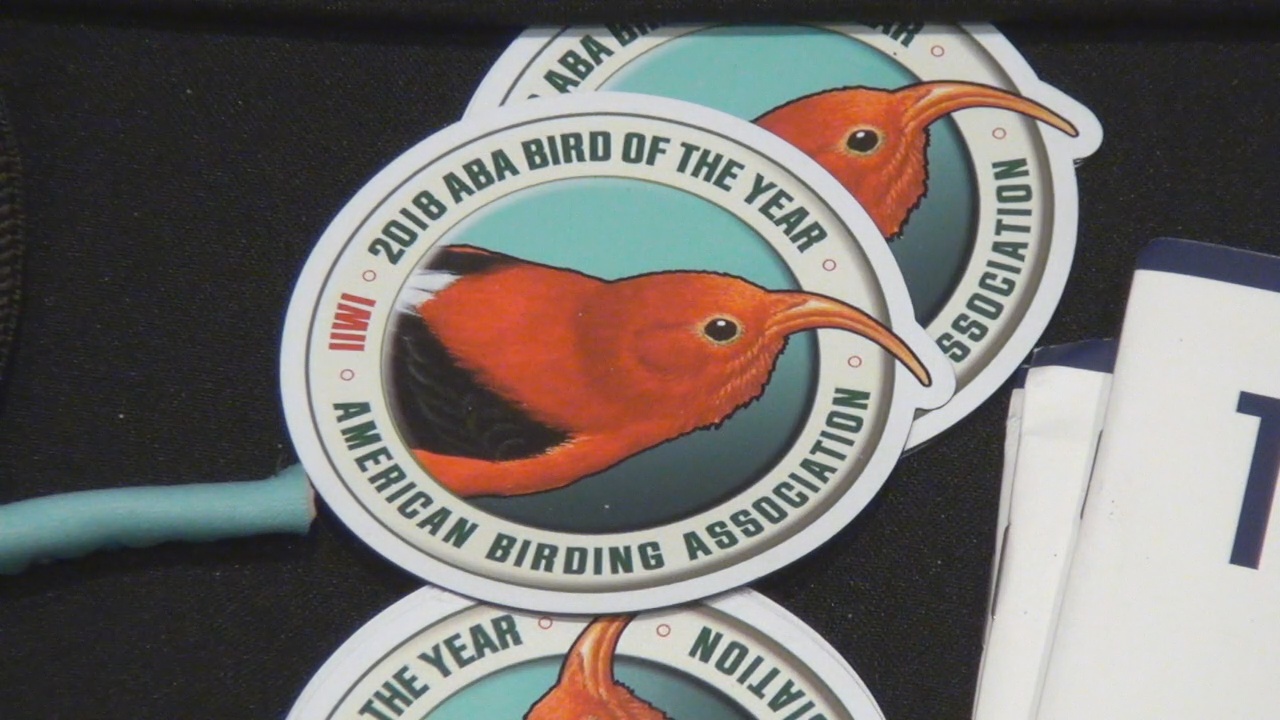 The ʻiʻiwi is the American Birding Association bird of the year. Image from video courtesy Hawaii Island Festival of Birds

“For many years, Hawaiʻi wasn’t in the American Birding Association area,” said Liz Gordon of the ABA. “So, we had a vote two years ago and our membership voted. They said it was super important that we have Hawaiian birds to bring awareness to them because they are so endangered.”

Budding bird watchers were also introduced to a new app that helps identify birds in the field. Merlin Bird ID is a free app created by the Cornell Lab of Ornithology, said Drew Weber.

“We just released the Hawaiian Islands bird packs that includes 200 species that you can find here,” demonstrated Weber, using the app to identify a yellow-billed cardinal seen hoping around the Sheraton Kona Resort grounds.