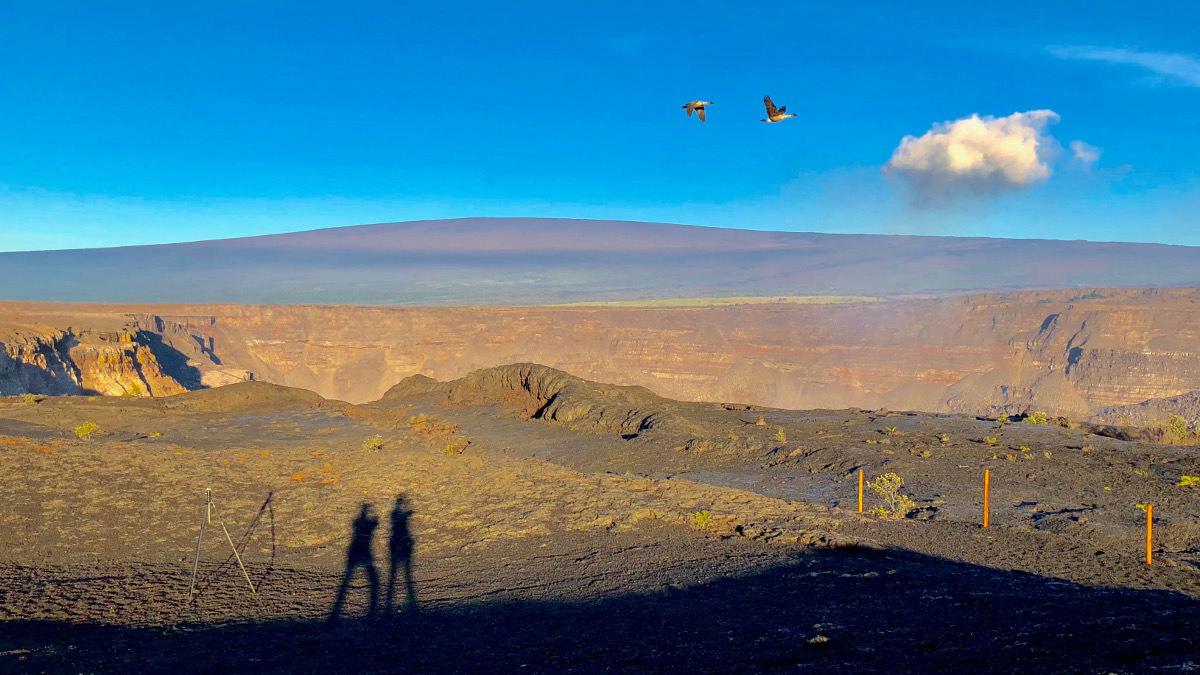 Halema‘uma‘u sunrise with nēnē in flight from Keanakāko‘i, with Mauna Loa in the background. Photo by Janice Wei

The areas have been closed since May 11 due to damaging volcanic and seismic activity at Kīlauea, which – as of this moment – has subsided. 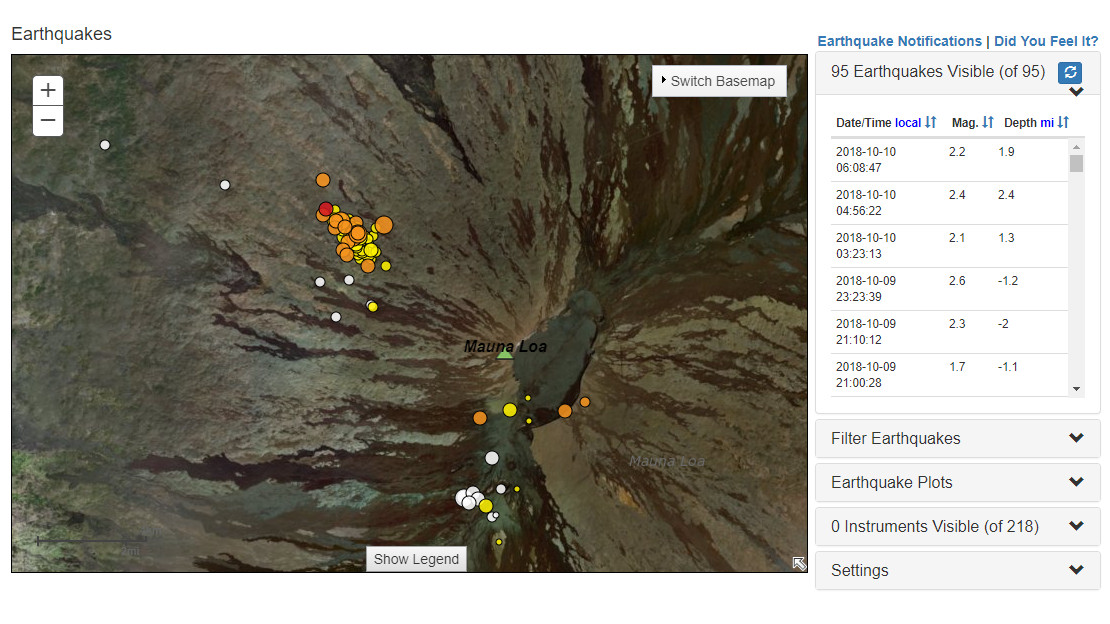 Earthquakes, located on the flanks of Mauna Loa in recent days, as shown on the USGS earthquake page on Wednesday morning.

Earthquake activity at Mauna Loa remained at low levels in September, with scattered shallow events located in the summit region and upper Southwest Rift Zone, and a cluster of earthquakes located on the northwest flank of the volcano. Scientists say these latter earthquakes started in late September in an area that has been intermittently active during the past few years. In September, the largest earthquake was a magnitude-3.4 quake (September 30).

On October 8, a Magnitude 3.6 earthquake was recorded in the same area.

There was no significant change in deformation across Mauna Loa during the last month, the USGS reported.

Mauna Loa is the largest active volcano on Earth. Eruptions typically start at the summit and, within minutes to months of eruption onset, about half of the eruptions migrate into either the Northeast or Southwest Rift Zones. Since 1843, the volcano has erupted 33 times with intervals between eruptions ranging from months to decades. Mauna Loa last erupted 34 years ago, in 1984.

Mauna Loa eruptions tend to produce voluminous, fast-moving lava flows that can impact communities on the east and west sides of the Island of Hawai`i. Since the mid-19th century, the city of Hilo in east Hawai’i has been threatened by seven Mauna Loa lava flows. Mauna Loa lava flows have reached the south and west coasts of the island eight times: 1859, 1868, 1887, 1926, 1919, and three times in 1950.