KAILUA-KONA, Hawaiʻi - The Ironman World Championship is livestreaming this yearʻs race on Facebook. 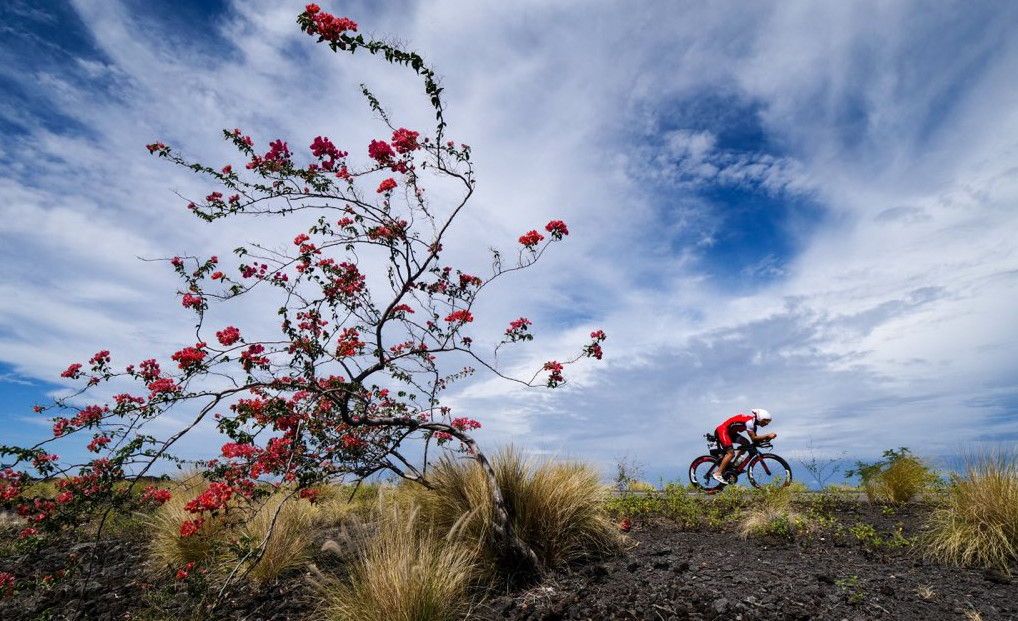 An IRONMAN athlete cruises down the Queen Ka’ahumana Highway near the lava fields just hours before the IRONMAN World Championship brought to you by Amazon gets underway. (Photo by Donald Miralle/IRONMAN)

(BIVN) – The 2018 IRONMAN World Championship brought to you by Amazon is underway this morning in Kailua-Kona.

Approximately 2,500 of the world’s top athletes gathered at the Kailua Pier on Saturday morning, where they embarked on a 140.6-mile journey “that presents the ultimate test of body, mind and soul to earn the title of IRONMAN World Champion”, organizers said.

The world famous triathlon reached the 40 year mark with the event on Saturday. The 2.4 mile swim in Kailua Bay, 112-mile bike ride along Queen Ka’ahumanu Highway to Hawi and back, and 26.2-mile marathon will test the strength and endurance of all participants, while showcasing the rugged beauty of West Hawaiʻi. Andrew Messick, CEO of Ironman helps out setting up the bikes in the transition area during the preparation for the Ironman World Championships on October 12, 2018 in Kailua Kona, Hawaii. (Photo by Al Bello/Getty Images for IRONMAN)