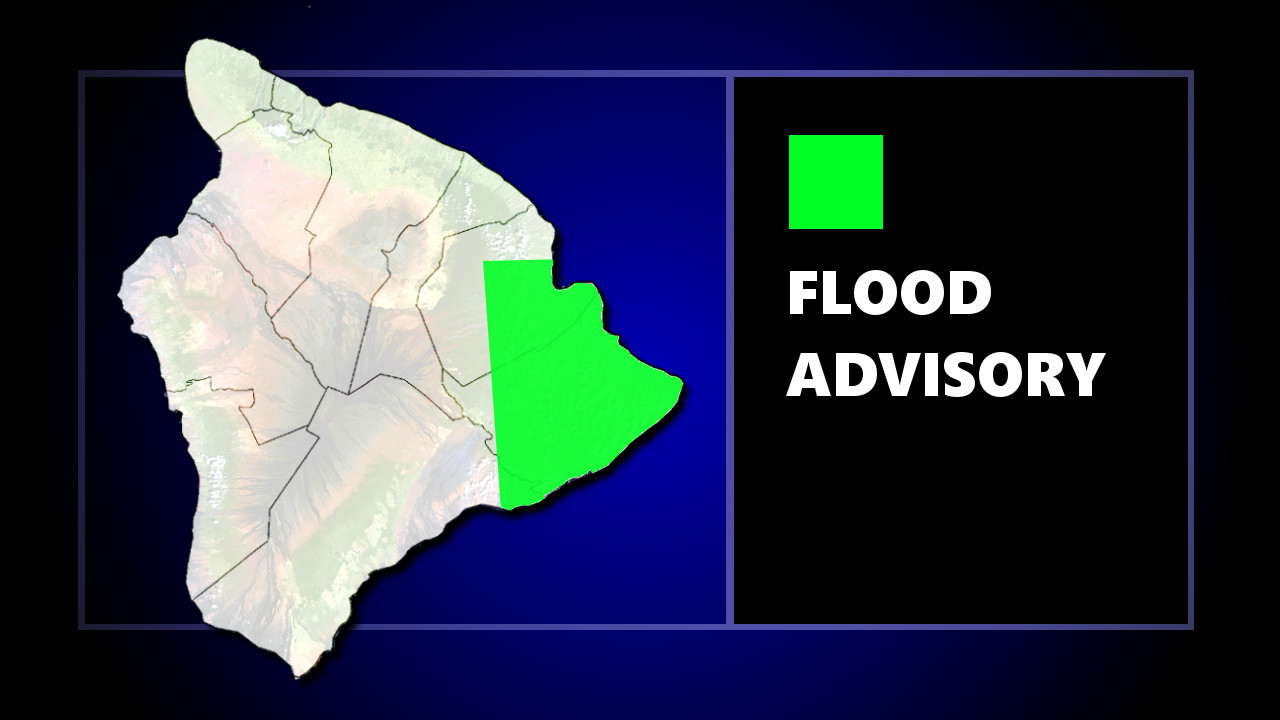 This Flood Advisory is no longer in effect.

(BIVN) – The National Weather Service in Honolulu has issued a Flood Advisory for the island of Hawaiʻi in Hawaiʻi County until 9:45 p.m. HST.

“At 6:47 p.m. HST, radar indicated heavy rain near Pahoa,” the forecasters said. “Rain was falling at a rate of around 2 inches per hour. Minor flooding of low lying and poor drainage areas can be expected.”

A weak surface ridge north of the state is driving gentle to moderate trade winds across the island chain. Visible satellite shows a stationary, remnant frontal band lined upstream of the Big Island with trade winds carrying the clouds and scattered showers over windward portions of Oahu to the Big Island this afternoon. Meanwhile, leeward sides of the islands are seeing mostly sunny skies this morning. Water vapor imagery shows a trough aloft over the western portion of the state. The instability from this feature is lining up with the moisture axis focused on the Big Island, resulting in some heavier showers and thunderstorms in the windward and southeast side of the Big Island this afternoon. Anticipate these showers will taper off in intensity after sunset and focus on the windward Big Island slopes tonight. Drier trade wind weather is expected across the smaller island tonight, with a few windward and mauka showers.