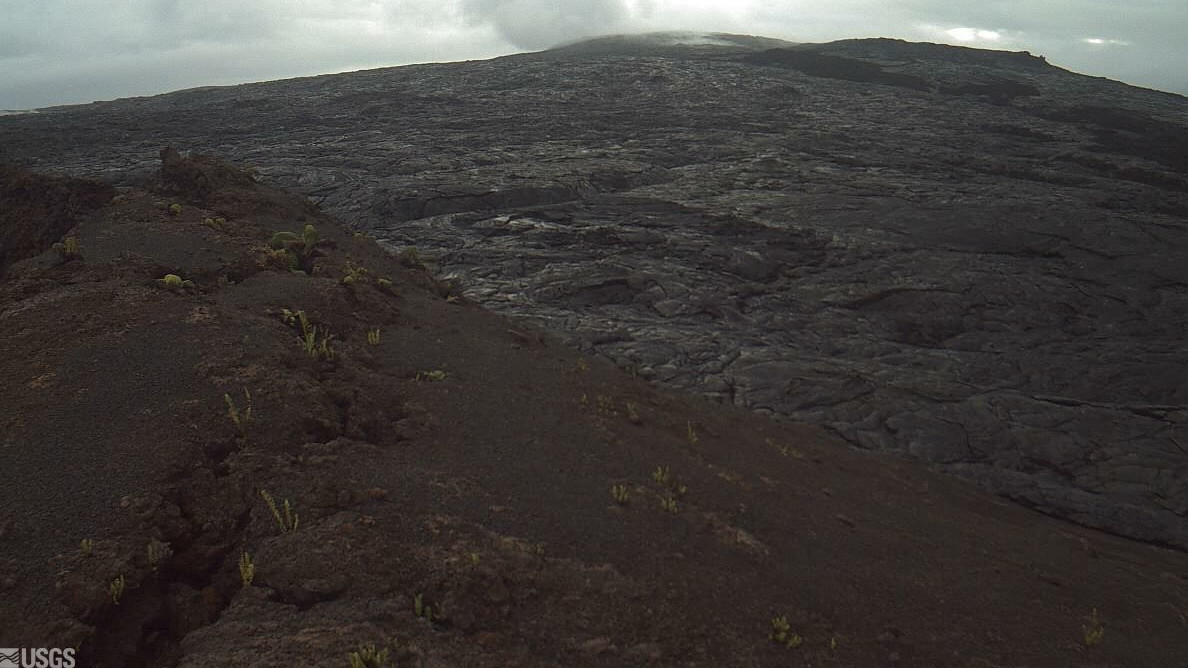 HAWAIʻI ISLAND - Kīlauea Volcano is not erupting, but scientists are keeping an eye on inflation on the middle East Rift Zone near Puʻu ʻŌʻō.

(BIVN) – Kīlauea Volcano is not erupting, however scientists say deformation signals are consistent with refilling of the middle East Rift Zone.

USGS Hawaiian Volcano Observatory monitoring during the past week shows low rates of seismicity at the summit and East Rift Zone (ERZ). “In the ERZ, tiltmeters near Puʻu ʻŌʻō and farther east continue to record an inflationary trend, consistent with refilling of the middle East Rift Zone,” the scientists wrote in the now-weekly Kīlauea update. “At the summit, tiltmeters have recorded a slight inflationary trend; however, this signal is small and could be due to heavy rainfall.”

“Earthquakes continue to occur primarily at Kīlauea’s summit area and south flank (magnitude-2.5 was the largest) with continued small aftershocks of the magnitude-6.9 quake on May 4, 2018,” the USGS said. “Seismicity remains low in the lower ERZ.”

Sulfur dioxide gas emissions at the summit, Puʻu ʻŌʻō, and the ERZ remain drastically reduced. The most recent SO2 emission measurements, from late September, show a combined rate of less than 300 tonnes/day. Bad weather has prevented new SO2 emission rate measurements; however, downwind SO2 concentrations suggest that no major changes have occurred over the last week.

Scientists say they will continues to closely monitor Kīlauea’s seismicity, deformation, and gas emissions for any sign of reactivation, and maintain visual surveillance of the summit and the East Rift Zone. The weekly updates will continue, along with “additional messages as warranted by changing activity.”