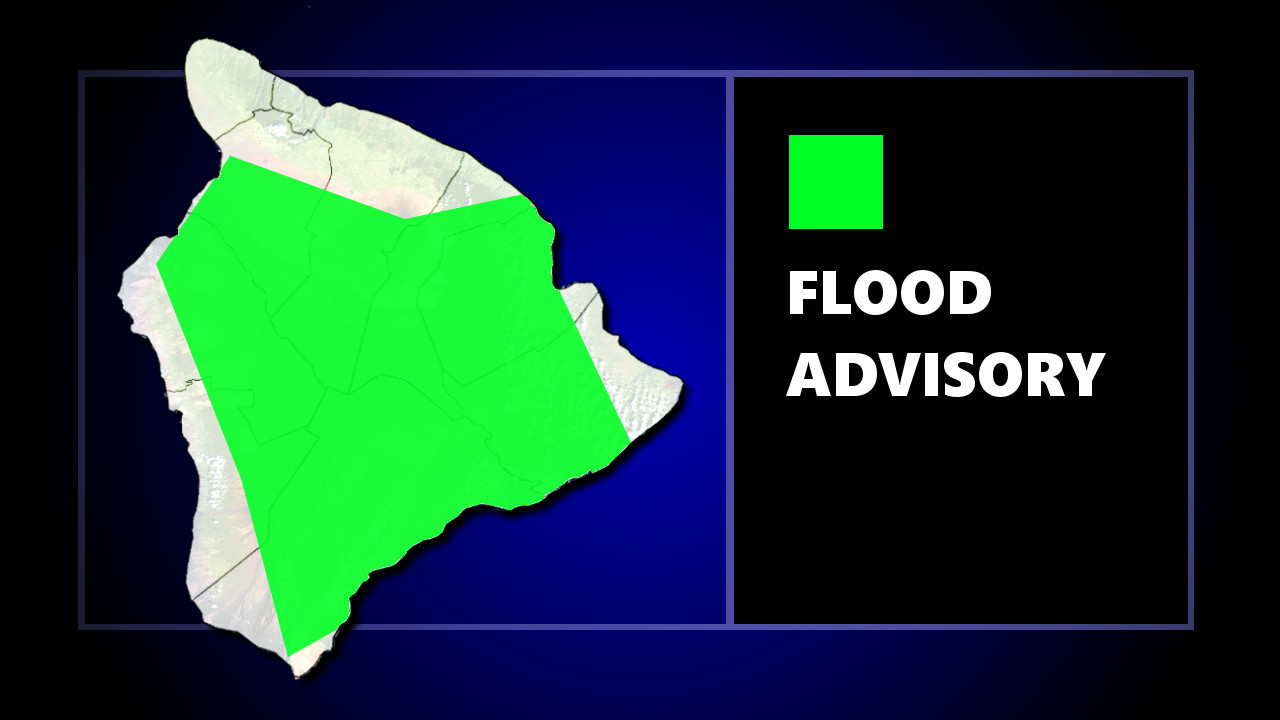 HAWAIʻI ISLAND - Additional heavy rainfall is expected through much of the afternoon and may affect the Hilo area, forecasters say.

UPDATE (4:20 p.m.) – The National Weather Service in Honolulu has again extended the Flood Advisory for Hawaiʻi Island, this time for a larger area, until 6 p.m.

At 401 PM HST, radar continued to show separate areas of heavy showers and thunderstorms over the windward Kau slopes and leeward areas near Waikoloa and upslope into the Humuula Saddle. Additional heavy showers with rain rates of 1 to 2 inches per hour are expected through the afternoon.

UPDATE (3:30 p.m.) – The National Weather Service in Honolulu has extended the Flood Advisory for Hawaiʻi Island until 4:30 p.m.

At 320 PM HST…radar indicated persistent heavy showers and thunderstorms over the slopes of Kau and Puna, with the heaviest showers falling at rates of more than 2 inches per hour above Volcano and near Wood Valley. Additional heavy showers are flaring over interior portions of the Big Island as well and will continue through at least the next hour.

(BIVN) – The National Weather Service in Honolulu has issued a Flood Advisory for areas on the island of Hawaiʻi, in effect until 4:30 p.m. HST.

“At 1:36 p.m. HST, radar indicated heavy showers and thunderstorms over interior Big Island and along Kaʻū and Puna slopes, with the heaviest rainfall falling at rates in excess of 2 inches per hour,” forecasters reported. “The most persistent rainfall has been near Volcano. Additional heavy rainfall is expected through much of the afternoon and may affect the Hilo area.” 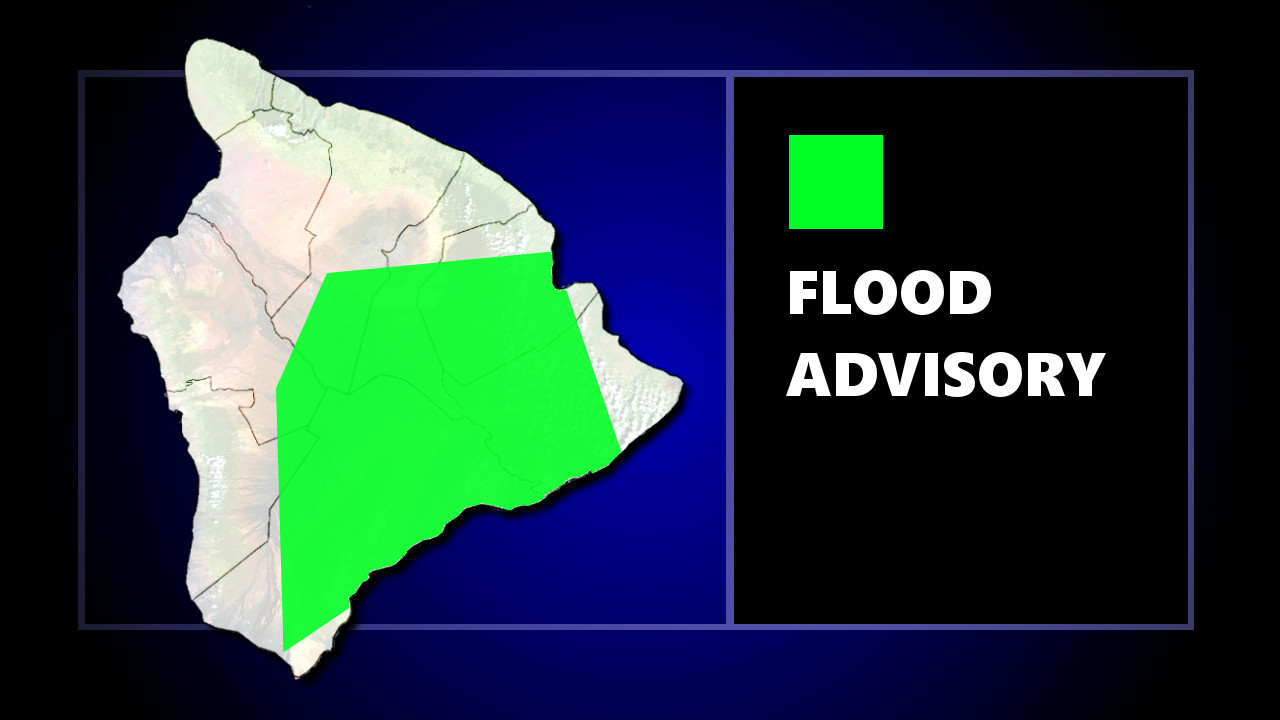 While low level ridging is strong enough to maintain modest stability over the western half of the state, a stubborn pocket of moisture with precipitable water values of 1.75 to 2 inches is contributing to instability around the Big Island. This will fuel afternoon clouds and a few thunderstorms on the Big Island.