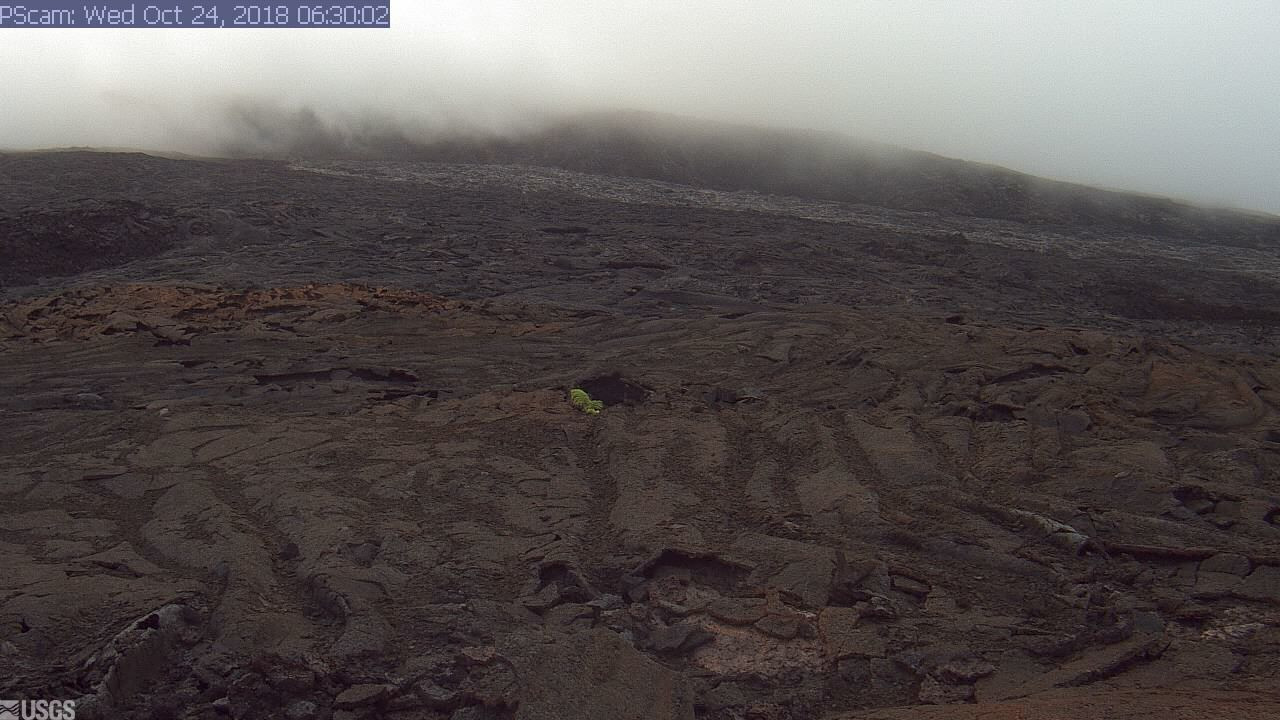 HAWAIʻI ISLAND - Scientists say rates of seismicity, deformation, and gas release have not changed significantly over the past week.

(BIVN) – Kīlauea Volcano is not erupting, scientists say, as deformation signals are consistent with refilling of the middle East Rift Zone, or ERZ.

Tiltmeters near Puʻu ʻŌʻō and farther east continue to record an inflationary trend, consistent with magma refilling of the middle East Rift Zone, according to the Tuesday’s weekly update from the USGS Hawaiian Volcano Observatory.

“Low seismicity and reduced gas emissions do not indicate that the magma is shallow, but HVO continues to closely monitor this area and will report any significant changes,” the scientists wrote in the Volcano Watch update over the weekend.

Summit tiltmeters also recorded a slight inflationary trend, although one monitor – the UWE tiltmeter – started a deflationary trend around October 18. It seems to have completed a DI cycle over 3-4 days since, scientists say.

Low rates of seismicity continue to be detected at the summit and ERZ. A Magnitude-3.8 earthquake was the largest to occur on the south flank where small aftershocks of the magnitude-6.9 quake on May 4, 2018 continue.

Sulfur dioxide gas emissions at the summit, Puʻu ʻŌʻō, and the ERZ remain drastically reduced, scientists say. Although the most recent SO2 emission measurements where taken in late September, “downwind SO2 concentrations suggest that no major changes have occurred over the last week,” the Hawaiian Volcano Observatory says.

The USGS repeated a word of warning in the Tuesday evening message:

The Hawaiian Volcano Observatory says it will continue to issue a weekly update, every Tuesday, and additional messages as warranted by changing activity.