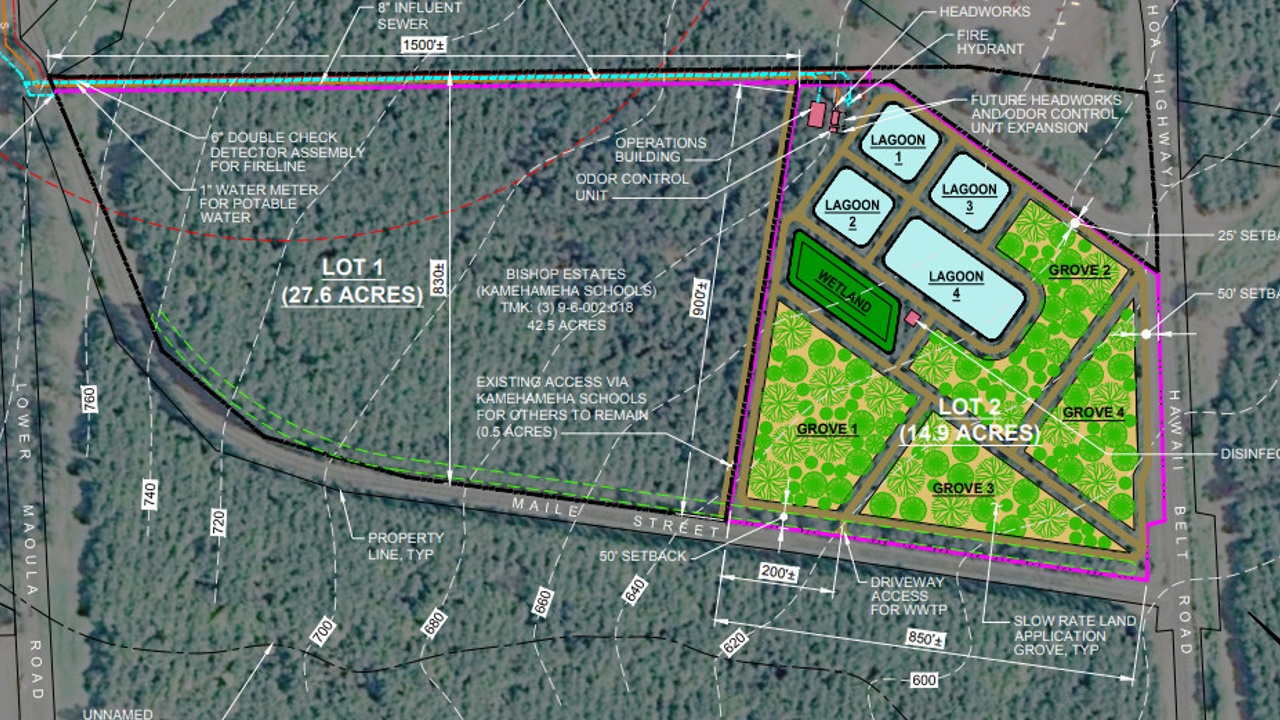 PĀHALA, Hawaiʻi - A request made by local citizens to extend the thirty day comment period has been granted by the County of Hawaiʻi.

(BIVN) – Officials have granted a request to extend the comment period on a draft Environmental Assessment published for a new wastewater system to replace large capacity cesspools in Pāhala.

On October 26, the county wrote:

The County of Hawaiʻi Department of Environmental Management (DEM) with the concurrence of U.S. Environmental Protection Agency (EPA) has granted the request of local citizens to extend the thirty (30) day comment period set by Hawaii Revised Statutes, Chapter 343 and by EPA NEPA regulations 40 CFR 6.203(b).

The DRAFT ENVIRONMENTAL ASSESSMENT for the Pāhala Large Capacity Cesspool (LCC) Replacement Project EPA Grant XP-96942401 Pāhala, District of Ka‘u, County of Hawai‘i, Hawai’i (DEA) has been re-submitted to the State Office of Environmental Quality Control (OEQC) with the expectation that it will be re-published on November 8, 2018. Comments will be due no later than December 10, 2018. There have been no changes, additions or modifications to the DEA document which was previously published in the September 23, 2018 Environmental Notice.

Under this extension, the county says written comments on the draft Environmental Assessment may be submitted through December 10, 2018. “Additional information will be sought to address more fully Section 106 of the National Historic Preservation Act requirement,” the County said.

The draft document anticipates a finding of no significant impact. The project includes a new wastewater collection system in the Pāhala community, and a treatment and disposal system on land to be acquired by the County. The County will be using a portion of the 42 and a half-acre site that is currently owned by Kamehameha Schools, and would construct a new secondary wastewater treatment and disposal facility within a portion of the parcel.

According to the draft EA, the facility would consist of a headworks preliminary treatment system, three aerated lagoons, one covered lagoon, and a constructed wetland. This will allow the county to close two Pāhala LCCs and abandon the existing wastewater collection system in place.