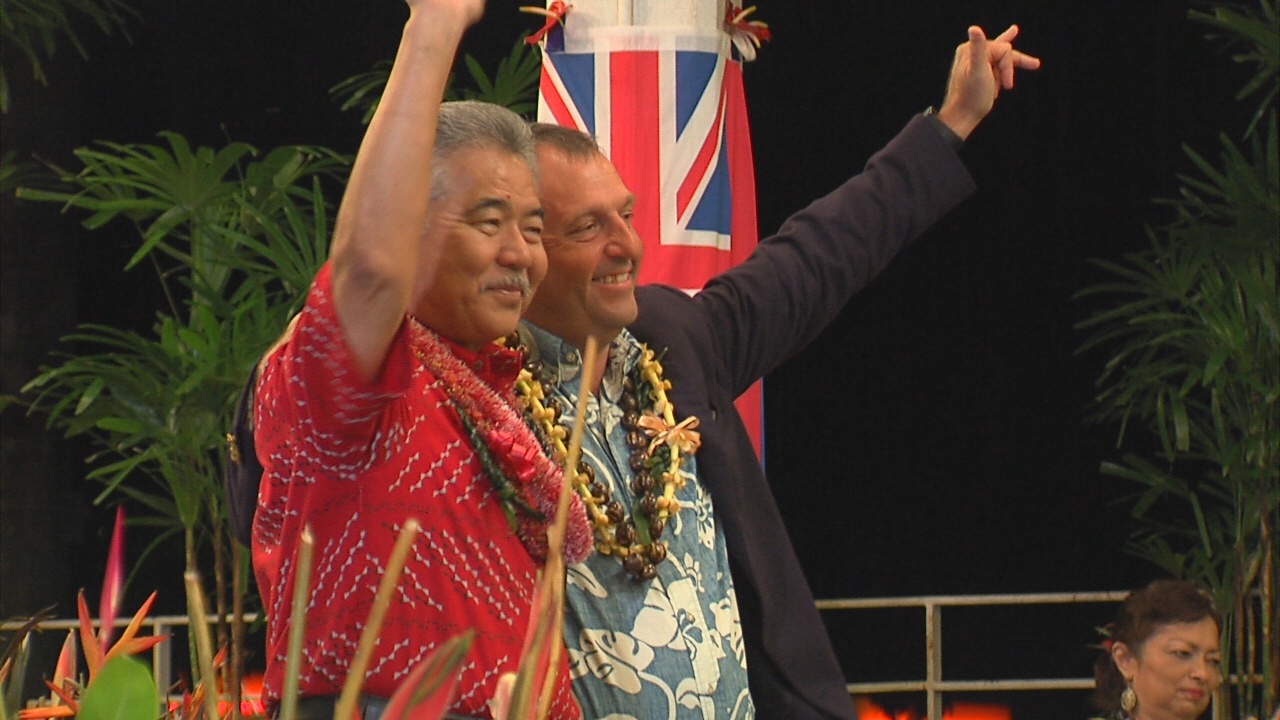 Image from video recorded on Nov. 5 in Hilo by David Corrigan

HAWAIʻI ISLAND - The Democrats win again, defeating the Republican ticket of Andria Tupola and Marissa Kerns by a wide margin.

The Ige / Green ticket defeated Republicans Andria Tupola and Marissa Kerns, getting over 61% of the vote compared to the GOP’s 33%, according to the third summary printout from the Hawaiʻi Office of Elections. The results were not a surprise in the state dominated by the Democratic Party.

Green candidates Jim Brewer with Renee Ing, and non-partisans Terrence Teruya with Paul Robotti, received only a small percentage of the total vote.

Both Gov. Ige and Green were in Hilo the night before the election, attending the Democratic Grand Rally at the Moʻoheau Bandstand.

Green’s victory feels like a win for Hawaiʻi Island. Green was the State Senator for the island’s third district, serving Kona and Kaʻū. Green’s vacated seat has been claimed by County Councilmember Dru Kanhua, who on Tuesday successfully concluded his campaign for state senate.