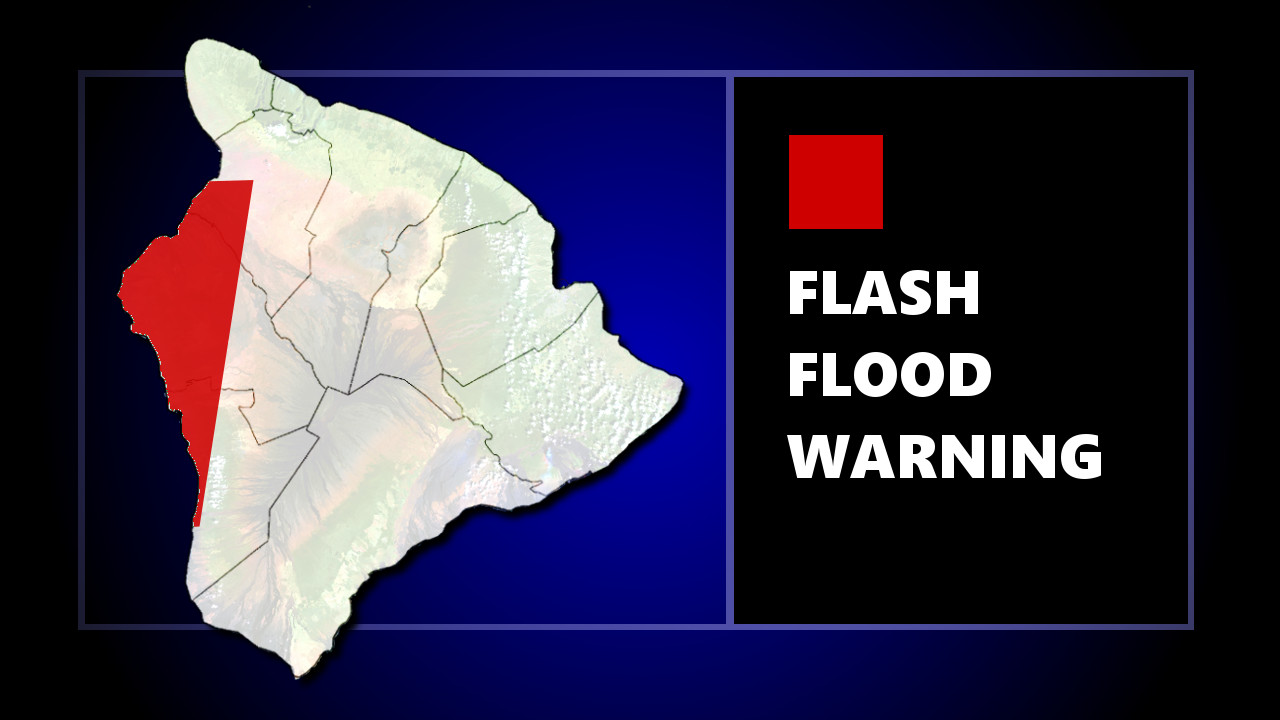 
UPDATE (8:52 p.m.) – The Flash Flood Warning for the Kona-area of Hawaiʻi Island has expired.

At 716 PM HST…radar indicated heavy rain across the warned area with the heaviest rain falling in the Captain Cook area. Big Island Civil Defense is reporting a road closure due to flooding near the intersection of Palani Road and Mamalahoa Highway. A tree was also reported knock down by gusty winds near the 6 and half mile marker on Mamalahoa Hwy.

(BIVN) – The National Weather Service in Honolulu has issued a Flash Flood Warning for an area along the Kona coast of Hawaiʻi Island until 8:45 p.m. HST.

Forecasters stated in a message issued at 5:52 p.m. HST:

At 548 PM HST, radar and rain gauge data shows very heavy rains along the leeward slopes of the Big Island, extending from Waikoloa Village southward to Honaunau. A rain gauge along Waiaha Stream recently reported rainfall rates of 4 inches per hour, and radar estimates show widespread hourly rainfall rates of 2 to 4 inches in the warning area. Flash flooding is likely ongoing or will begin very shortly within the warning area.

Locations in the warning include but are not limited to Kailua-Kona, Kealakekua, Honalo, Captain Cook, Puuanahulu, Kalaoa, Honaunau, Kahaluu-Keauhou, Kainaliu, Waikoloa Village and Holualoa, forecasters say.