Video by David Corrigan, recorded at the Hilo Grand Rally on Nov. 5 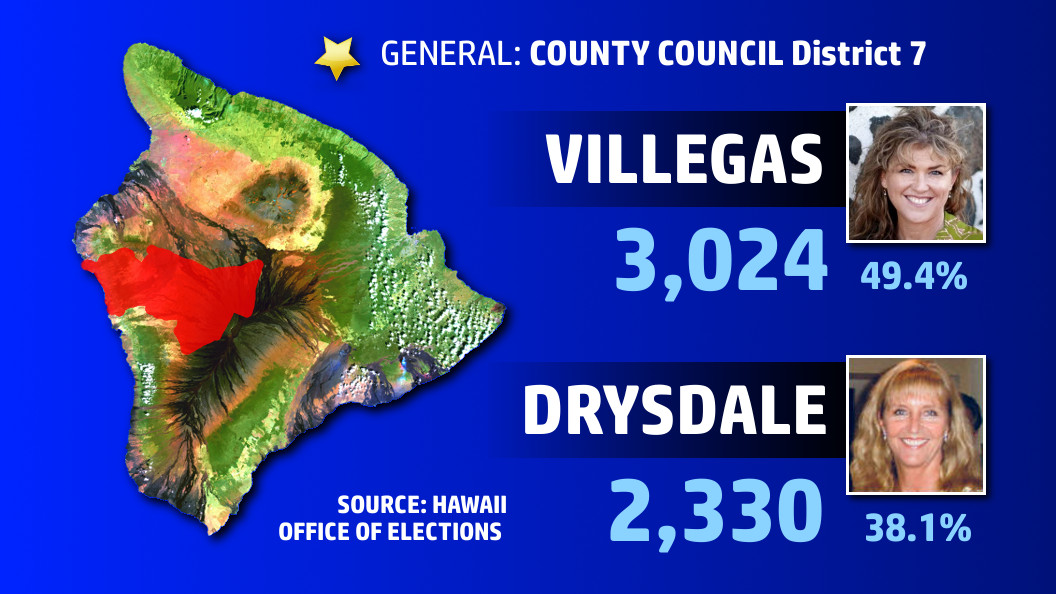 Villegas, a resident of Kailua-Kona, will take the District 7 council seat that will soon be vacated by Dru “Mamo” Kanuha. Kanuha was tonight elected to the Hawaiʻi State Senate, with a sizable win over Libertarian candidate Michael Last.

Villegas attended the Democratic Party Grand Rally in Hilo on Monday night. The video of her speech is posted above.