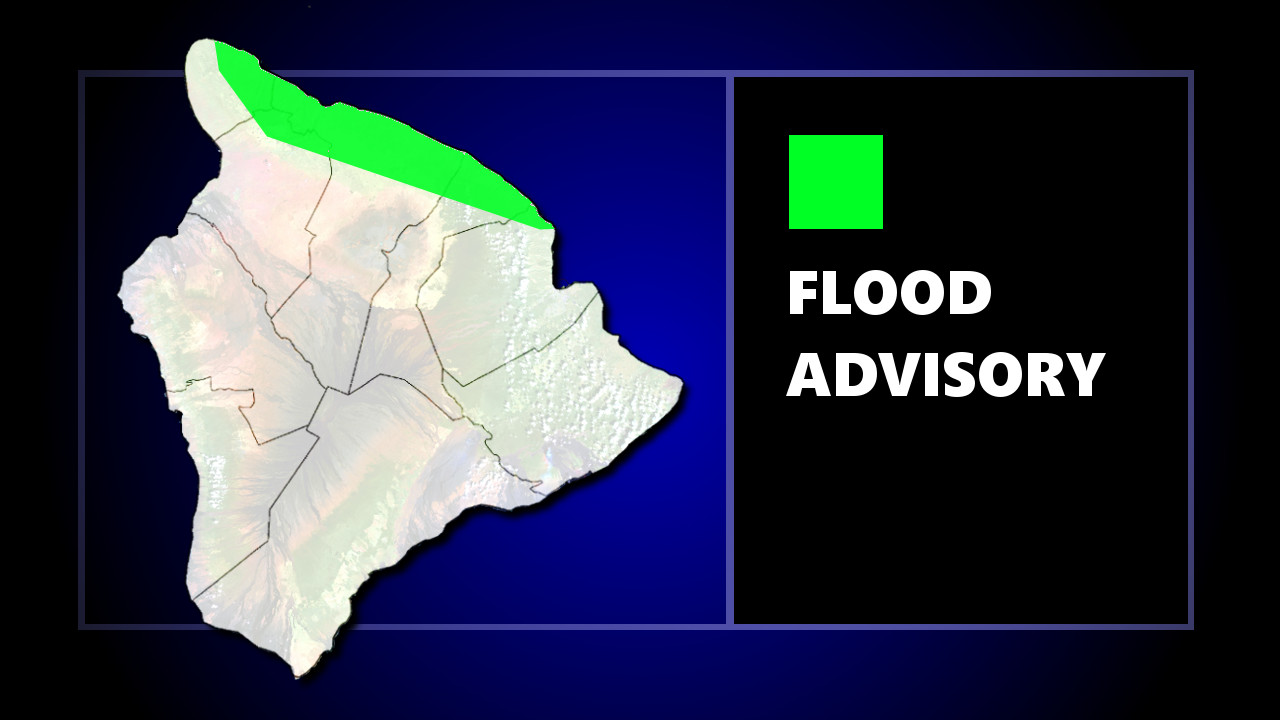 (BIVN) – The National Weather Service in Honolulu has issued a Flood Advisory for a portion of Hawaiʻi Island until 7 p.m. HST.

At 407 PM HST, radar indicated heavy showers falling at rates of 1 to 3 inches per hour along windward slopes of the Big Island from Hakalau to Waipio Valley. Expect areas of continued heavy rainfall into the evening.

Locations in the advisory include but are not limited to Paʻauilo, Waipiʻo Valley, Kukuihaele, Hawi, Honokaʻa, Laupahoehoe, Pololu Valley, Oʻokala, Halaula, Honomu, Kapaʻau and Waimanu Valley.

The wet weather is the result of a front moving down over the islands. From the National Weather Service discussion posted at 3:54 p.m. HST:

A front continues to move down the island chain this afternoon. As of 3 PM, the feature is draped over Maui. Two to three inches of rainfall have been measured across several windward Maui gauges during the past 12 hours, while Hana has picked up in excess of 5 inches. Windward east Maui will continue to be an area of concern for minor flooding into the evening, followed by a sharp decrease in rainfall. Prefrontal showers, some briefly heavy, are already flaring along the Hamakua coast, and the front will move down to windward Big Island tonight. Expect similar rainfall totals on the Big Island as was seen on Oahu and Maui, mainly between 2 to 4 inches with locally higher amounts.

The front will maintain wet conditions across windward Big Island Sunday morning, forecasters say, while the rest of the state will be under a breezy and somewhat cool northeasterly trade wind flow.