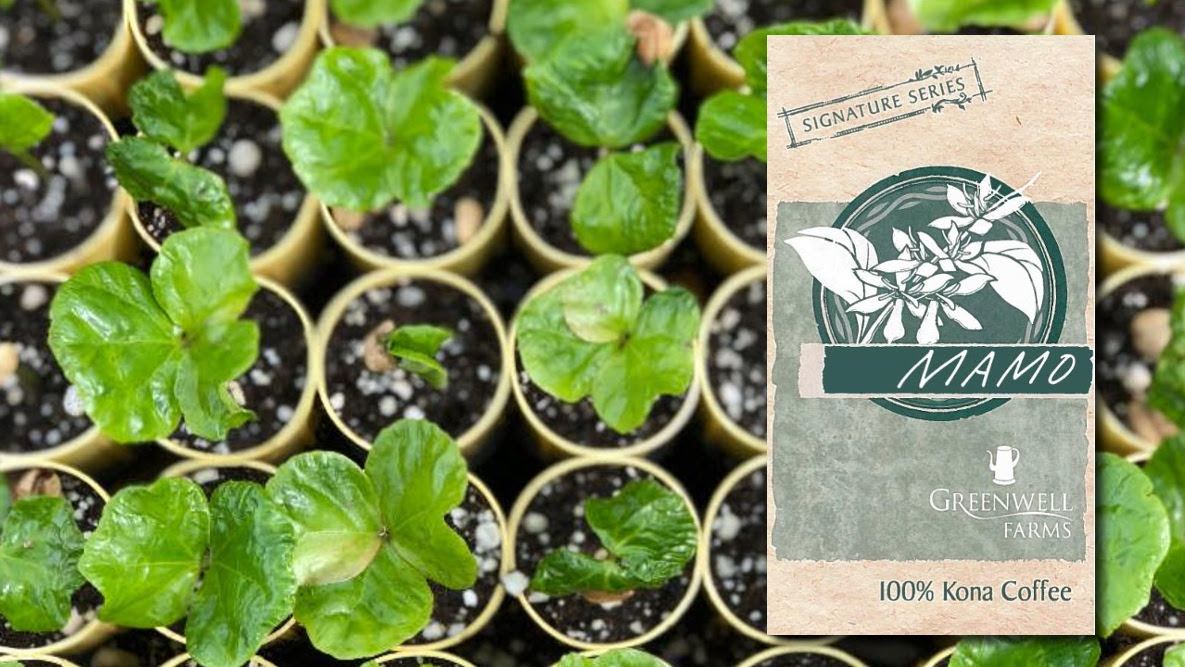 KEALAKEKUA, Hawaiʻi - It took Greenwell Farms over 20 years to develop the exclusive new varietal, which has been acclaimed "for its superb taste and aroma."

(BIVN) – A visit to the Greenwell Farms website reveals a new coffee varietal for sale named Mamo, cultivated only in Kona.

According to Greenwell Farms, Mamo – a Hawaiian word for descendant – originated from two distinctive Arabica coffee parents: Maragogype, well-known for producing big coffee beans, and Mokka, known for small beans with superior cupping quality. “This varietal took over 20 years to develop and has been acclaimed by coffee connoisseurs around the world for its superb taste and aroma,” the website states. “A truly extraordinary Kona Coffee, Mamo features unique notes of spice, raisin, cherry, blackberry and cacao, providing a unique and exotic coffee experience.” 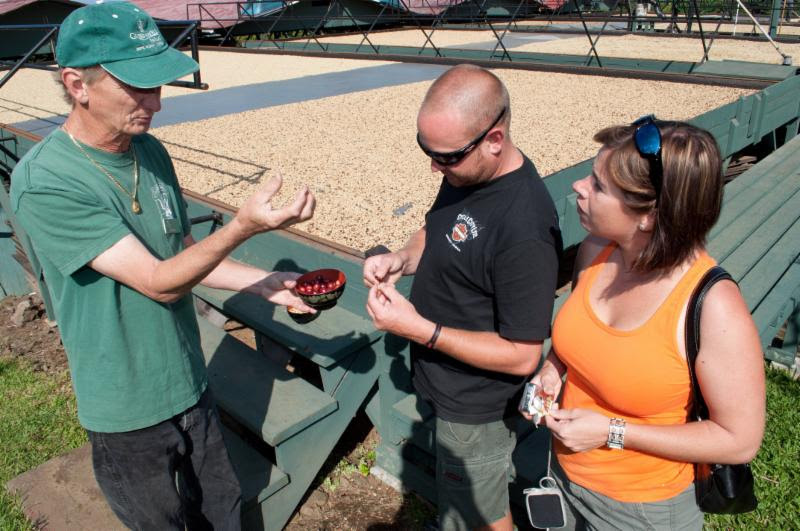 Greenwell Farms, which has been growing coffee in Kona for 150 years, recently detailed the creation of the “true Hawaiian variety coffee” in this media release:

A partnership that formed nearly two decades ago to create a true Hawaiian variety coffee has much to celebrate. While terms like varieties, cultivars and mutations mean much more to coffee connoisseurs than the everyday coffee drinker, these terms define the product in the worldwide coffee industry. The introduction of this new Hawaiian varietal, aptly named Mamo, will not only garner attention from industry insiders – but also from those who simply appreciate an excellent cup of coffee.

Research and development on coffee hybrids in Hawaii accelerated with a diverse group of innovative partners: Dr. Chifumi Nagai, Hawaii Agriculture Research Center (HARC); Hawaii Coffee Growers Association (HCGA), under the direction of Kimo Faulkner; and Tom Greenwell and the team at Greenwell Farms. These forward thinking partners made a long-term commitment to create a true Hawaiian coffee varietal, one that’s found nowhere else in the world.

According to Specialty Coffee Association of America, arabica comprises approximately 70% of the world’s coffee production including Kona coffee, commonly referred to as Kona Typica. It is deeply rooted in Hawaii, having been introduced to Kona in the late 1800’s. The partners continue to place a high value on Kona Typica, yet they wanted to go further.

Coffee Variety development is a complex journey into the world of genetics. Breeding parents (genetic resources) are started from coffee trees that have been imported to Hawaii since 1950s. In 1999 Chifumi Nagai, plant breeder, HARC, made the 1st crosses for hybridization to combine desired coffee characteristics including tree and bean characteristics including bean size, flavor, and cupping characteristics that led to several different test hybrids. Promising trees from the hybrids at 1st and 2nd generations (F1 and F2) were selected at Kunia and on Kauai.

Tom Greenwell planted hybrid varieties in 2009 from the breeding program that he thought would work best in Kona’s growing conditions, and committed to nurturing about 30 experimental varieties. Each tree was identified with a number and season after season. The trees and fruits were carefully watched and selected and the beans from selected trees were repeatedly cupped for flavor.

“Our primary objective was cupping quality,” said Greenwell. “After the initial planting, we narrowed it down and chose to work with one variety – Mamo. We’ve taken Mamo to a fifth generation, about one generation away from having a pure strain.”

Mamo, originated from two distinctive Arabica coffee parents, was named for its mother, Maragogype, well known for producing big coffee beans, and its Brazilian father, Mokka, known for small beans with superior cupping quality that arrived in Hawaii between 1950 and 1960. In the coffee growing world, the name Mamo descends from its two origins. Serendipitously, Mamo means descendant in the Hawaiian language.

“Mamo is only grown in Kona. In coffee it takes over 20 years from the original hybrid cross coffee to become a single variety- about 5-6 generations. For Mamo, it’s at the 5th and 6th (F5 and F6) generations at Kona, and the Mamo trees are very uniform and cupping is stable. So it’s ready,” noted Tom Greenwell.

After nearly two decades of waiting patiently, this group of researchers, growers and funders has a winner! Mamo entered the world market in spring of 2017 where it is performing well, particularly in Japan where it is highly acclaimed.

“It’s the right combination of genetics, perfect growing conditions in Kona and the commitment to a long-term outcome that makes Mamo such an exciting unique variety,” said Hawaii Agriculture Research Center’s Chifumi Nagai.

Greenwell Farms’ first successful milling of Mamo occurred in 2014, now three years later the balance is superb. Coffee Quality Institute Q Graders Jennifer Greenwell and Chai Neo put Mamo through several strict cupping tests earlier this year. Qualified to cup and grade coffee based on the Specialty Coffee Association of America’s standards and methods, Greenwell and Neo evaluated Mamo for taste and aroma, and scored it between 84.5 and 85.5 (90 is the perfect score). With cupping scores in that range, they knew the bean was ready to compete.

“The extra notes that came out included slight spice, raisin, fruity with hints of cherry and blackberry, and we always picked up cacao. The cup really blew me away and we really like it,” said Chai Neo.