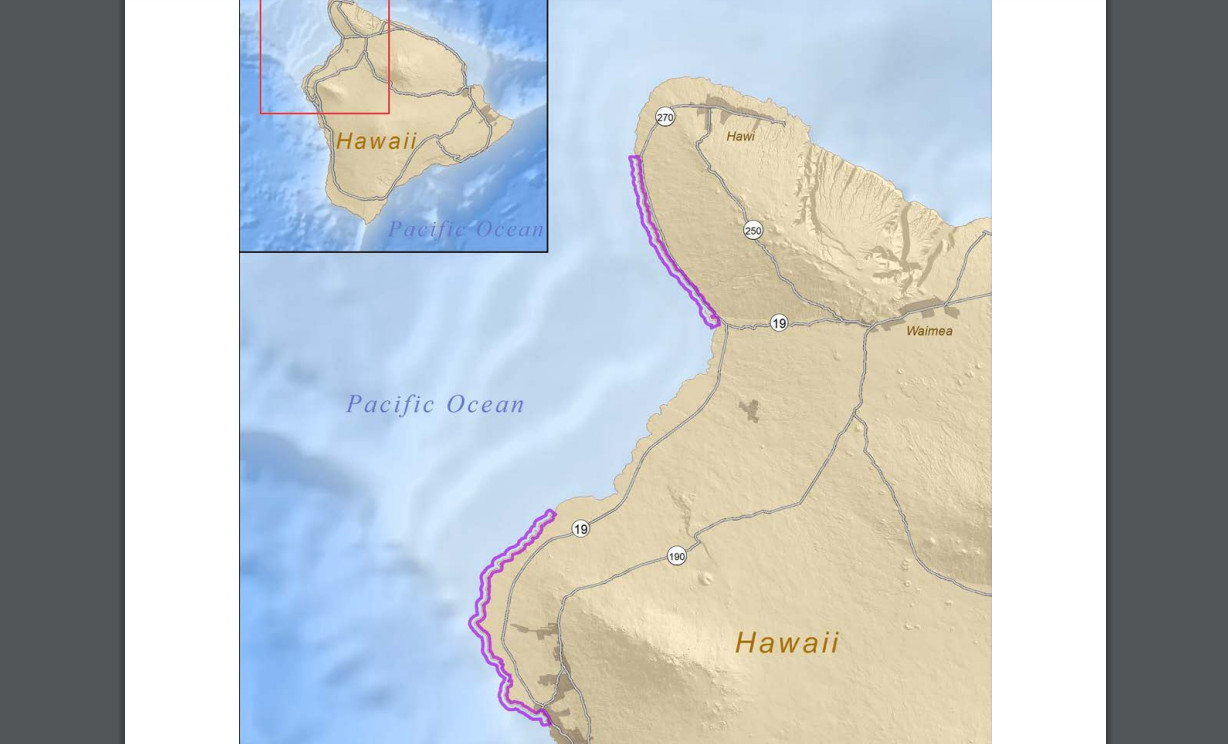 graphic from a figure in the Draft Environmental Assessment for Naval Special Operations Training document.

(BIVN) – A new Environmental Assessment analyzing the potential impacts of proposed naval special operations training in the State of Hawaiʻi is open for public review.

The U.S. Navy is encouraging the public to review and provide comments on the Draft EA through Dec. 10, 2018.

The West Hawaiʻi shores of North Kohala and Kailua-Kona are shown in a map (above) that plots the training area study.

According to the document, the Island of Hawaiʻi would see:

Diver/Swimmer Training Activities: During diver/swimmer training events, trainees would swim or dive to an objective area (e.g., harbor, beach, moored vessel) for up to six hours. During night training, the trainees would use buoys marked with a glow stick (Chemlight) to identify their location to the support staff. Rubber replica weapons could be carried by trainees to reproduce the bulk and weight of the gear the trainee would carry during an actual mission.

Insertion and Extraction Training Activities: During insertion/extraction training events, trainees would be trained to approach or depart an objective area using submersible craft, to include UUV and ROVs, or watercraft (such as jet skis, waverunners, or small boats). This activity trains personnel to effectively insert and extract people and equipment during the day or night. Submersible and surface crafts would have lighting for night training.

The Navy says it does not anticipate any adverse effects to historic properties in accordance with the Section 106 Implementing Regulations.