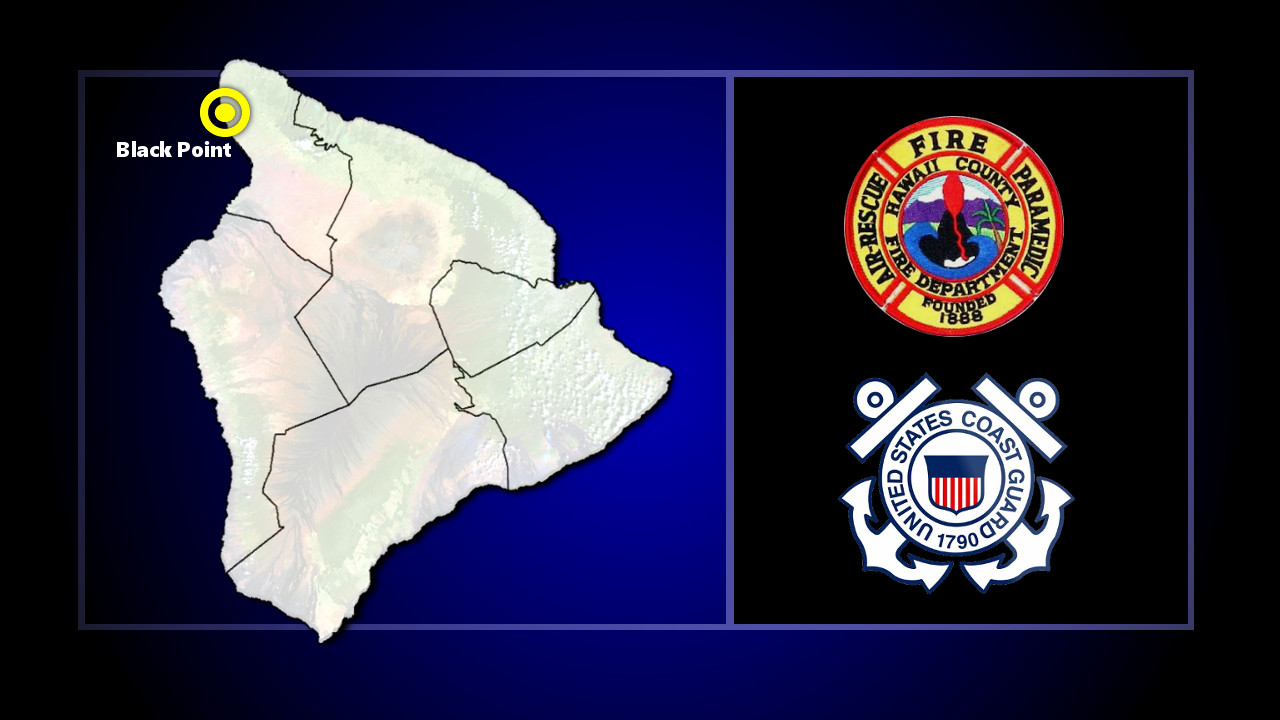 NORTH KOHALA, Hawaiʻi - The family of the missing man reported him missing on Tuesday morning, after he went diving for lobsters off Black Point on Monday night.

(BIVN) – Rescue crews searched the water off Kohala for a missing free diver on Tuesday.

“We are currently searching for Guy Hermogila,” said Sam Gardner, a U.S. Coast Guard Sector Honolulu search and rescue coordinator. “It was reported to us he was last known to be free diving off Black Point, Kohala, last night. He is described as 44-years-old, in good physical condition and was last seen wearing a black swimsuit. Anyone with information on Hermogila’s whereabouts is asked to call us at 808-842-2600.”

The family of Hermogila reported him missing on Tuesday morning, after he went diving for lobsters off Black Point on Monday night. “Hawaii County first responders found what is believed to be Hermogila’s dive float and equipment bag still on the beach,” a Coast Guard media release stated. “The helicopter crew launched immediately to assist with the search.”

According to the U.S. Coast Guard:

An Air Station Barbers Point MH-65 Dolphin helicopter crew is currently searching the area. The crew of the Coast Guard Cutter Joseph Gerczak (WPC 1126) has been diverted to assist with the search. Coast Guard Sector Honolulu watchstanders issued an Urgent Marine Information Broadcast Notice to Mariners requesting anyone in the area keep a sharp lookout for signs of distress.

The weather on scene is light and variable winds and seas of less than a foot, the USCG reported.