MAUNA KEA, Hawai'i - The Mauna Kea Access road will remain closed through the night, rangers say, and an update will be provided Monday morning. 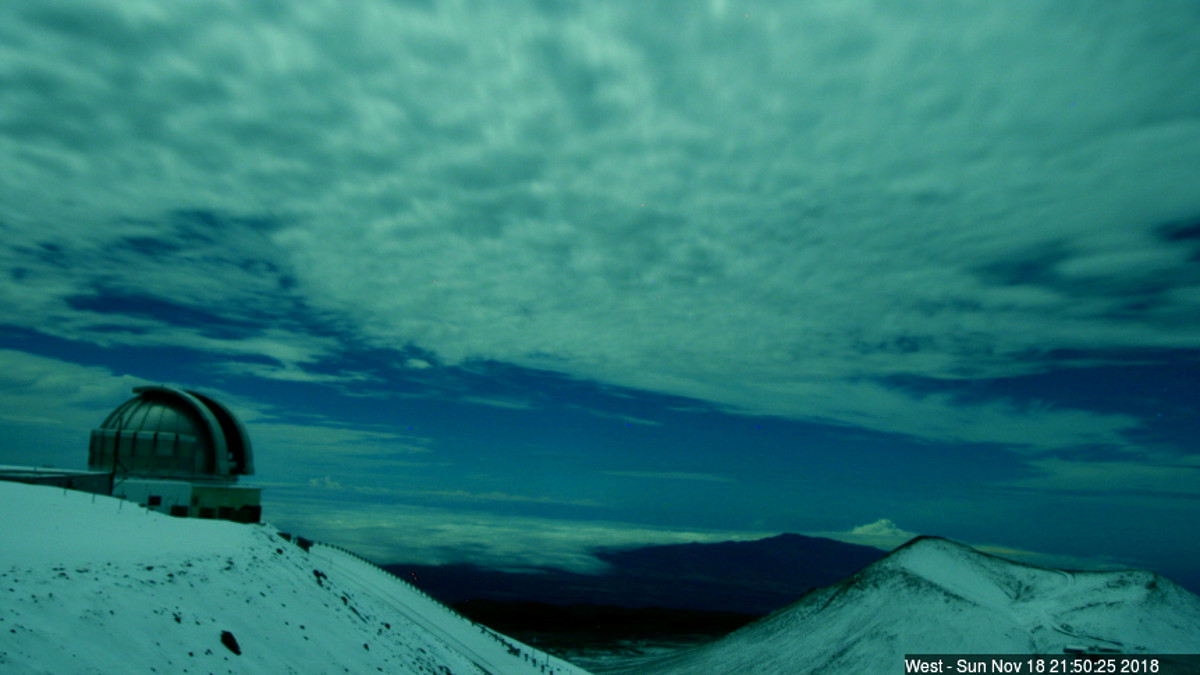 (BIVN) – The road to the summit of Mauna Kea was closed to the public on Sunday due to snow and ice. The access road will remain closed through the night, rangers say.

The closure is located at the Visitor Information Station at an elevation of 9,200 ft.

There are no winter weather advisories in effect. However, the Mauna Kea Observatories Forecast predicted the possibility of snow at the summit over the weekend. A 5 p.m. Friday post stated:

A large trough brewing to the west is expected to become reinforced by a short-wave trough digging in from the NW over the next 24 hours, which will eventually pass through the area between early tomorrow evening and late Monday morning. Building instability, combined with an influx of deep moisture from the west and SW will begin to erode the inversion through the night and likely allow most of the atmosphere to turn quite saturated during the trough’s passage. As a result, there is a moderate/high risk for fog, high humidity and ice at the summit over the next 3 nights, particularly after midnight tonight. Isolated convection in the area as well as snow at the summit are also possible as early as tomorrow afternoon and could remain an issue mainly through midnight Sunday. Broken thick clouds flowing over the summit will also contribute to periods of overcast skies during the next 3 nights. The clouds and moisture are expected to abruptly shift off toward the east as the trough axis passes over the Big Island around Monday morning.

The road and weather conditions will be monitored through the night, and rangers will provide an updated message on Monday morning.