(BIVN) – Police have identified the victim of an apparent murder in Puna.

On November 24, police found a body with gunshot wounds on Anthirium Street in Fern Acres. The body was later identified as 45-year-old Denton Freitas. 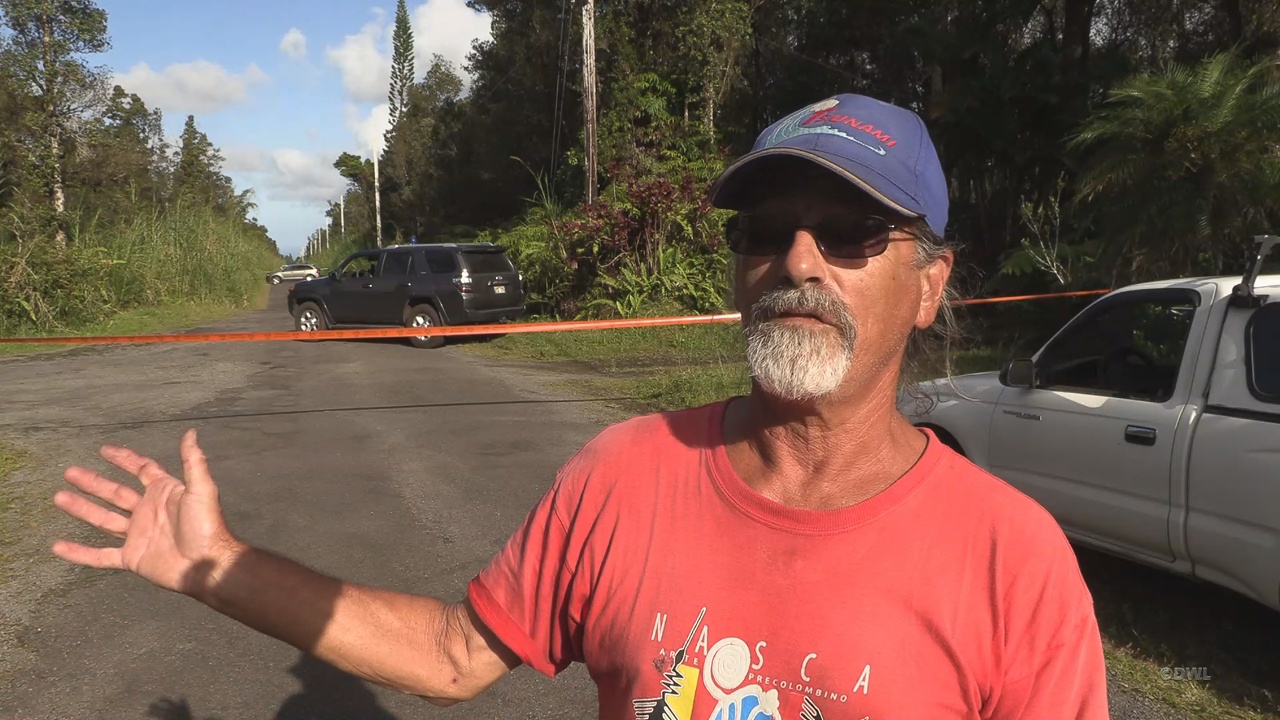 Peter Leardi talks about the situation in Fern Acres.

Fern Acres resident Peter Leardi was coming home that day when he was told by the FACAs, or the Fern Acres Community Association, that he “couldn’t go home because there was an active shooting going on.”

“I came up to the corner and I found out that the cops were here and I couldn’t go home,” Leardi said, who called his wife Alicia to make sure she was OK.

Alicia Leardi said she heard several shotgun blasts, maybe three to five minutes apart. “Boom, boom, boom, and then it stopped and then it happened again and then probably a third time,” she said.

“There’s been some shootings out here before,” Peter said. “We’re in the Wild West back here on Fern Acres. So there’s people squeeze off shots all the time and I never even call the cops. I hear shots going off randomly.”

“There’s hunters here, and there’s tweakers, and there’s a lot of nutty people out here. I have a shotgun so if anybody comes up into my place at least I have some self-defense,” Leardi said.

An autopsy has been ordered to determine the victim’s exact cause of death. Anyone who may have information about this incident is asked to call the Police Department’s non-emergency line at (808) 935-3311 or Detective Wendall Carter at (808) 961-2383 or Wendall.carter@hawaiicounty.gov.