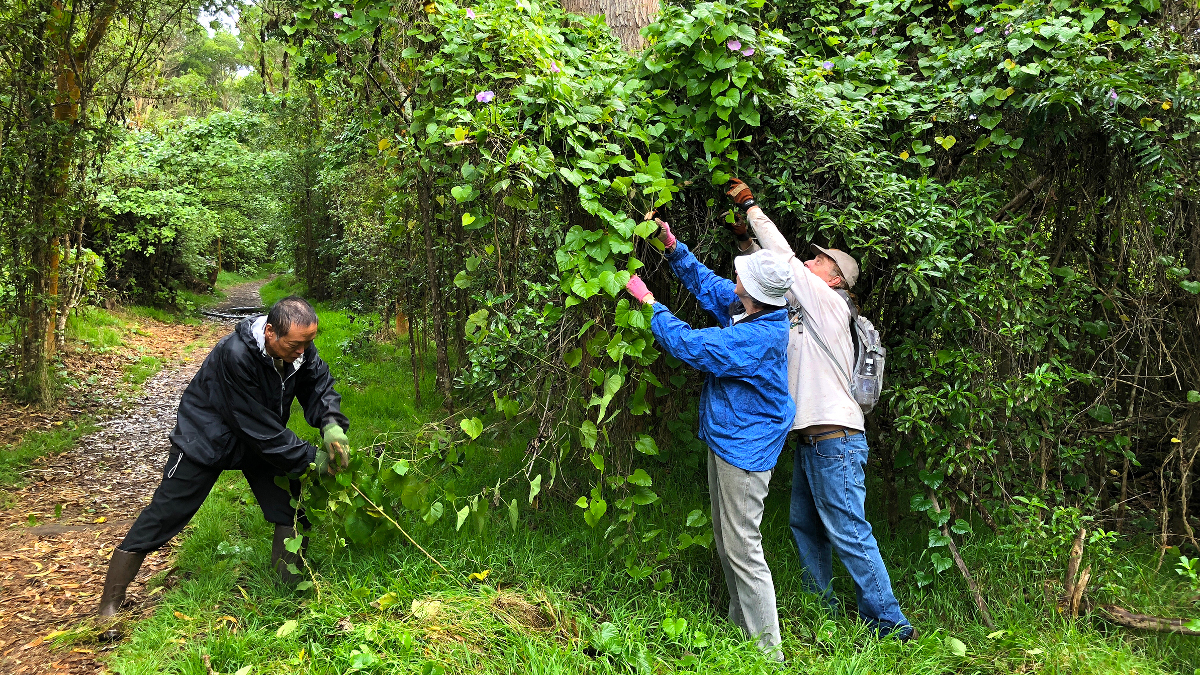 (BIVN) – The gate near Kīpukapuaulu parking area has been closed, as Mauna Loa Road has been declared off limits to motorized vehicles until further notice, due to a very high fire danger.

Hawaiʻi Volcanoes National Park officials on Monday said non-motorized day use such as hiking and bicycling will be permitted, and backcountry camping on Mauna Loa is still allowed with a permit.

“The strong winds and dry weather over the past week has led to a rapid escalation of fire danger on Mauna Loa, and fire danger indexes have reached critical thresholds at the Mauna Loa weather station,” said Fire Management Officer Greg Funderburk.

The Naional Park Service says “hot components on motor vehicles have historically contributed to the increased risk of fire. By reducing the number of vehicles in high-risk areas, the park can mitigate the potential for a catastrophic event.”

Over the summer, a 3,739-acre wildfire on Mauna Loa threatened values park resources like the Kīpukakī and Kīpukapuaulu Special Ecological Areas, cultural heritage areas and rare forest habitat for endangered species. A coordinated effort managed to contain the blaze.