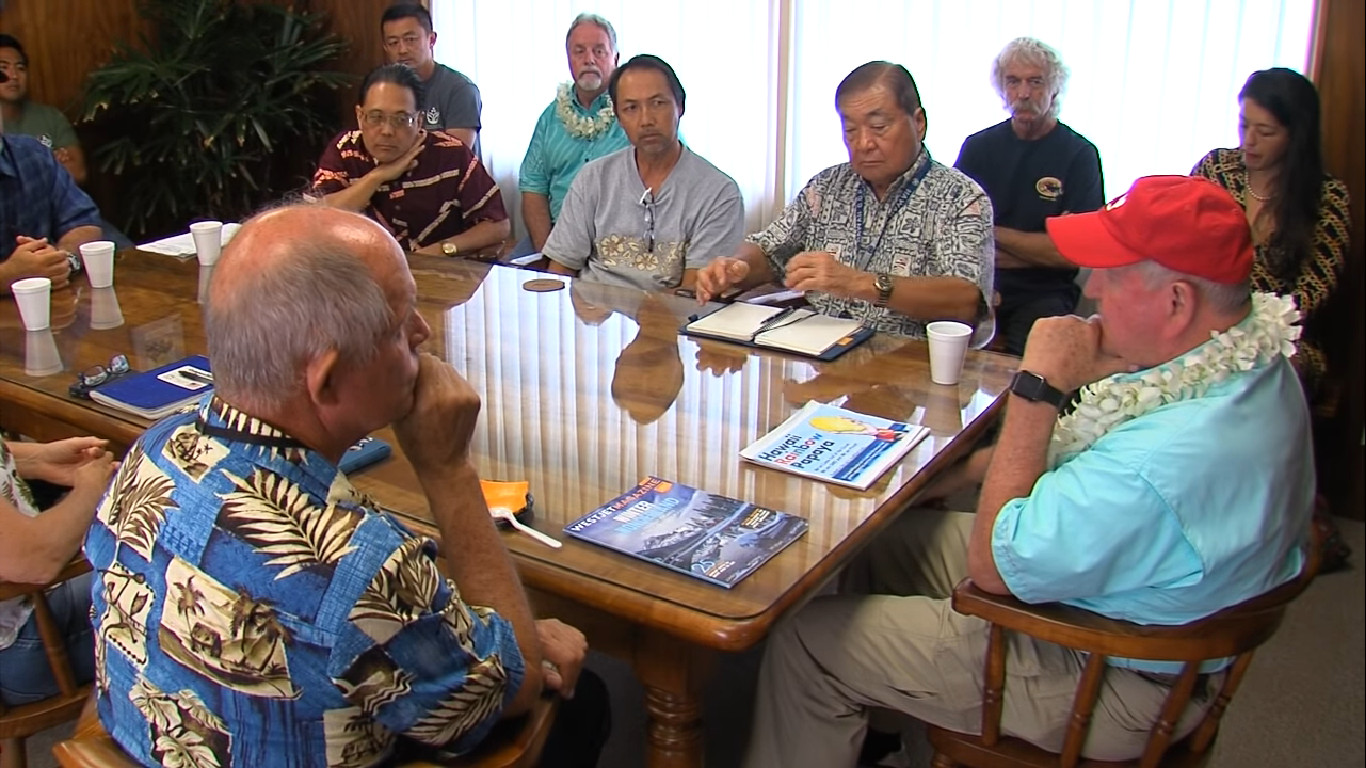 (BIVN) – The United States Department of Agriculture is establishing a national mandatory standard for disclosing foods that are or may be bioengineered.

On Thursday morning, the USDA announced the National Bioengineered Food Disclosure Standard a result of the law of the same name passed by Congress in July of 2016. The Standard requires food manufacturers, importers and certain retailers to ensure bioengineered foods are appropriately disclosed.

“The National Bioengineered Food Disclosure Standard increases the transparency of our nation’s food system, establishing guidelines for regulated entities on when and how to disclose bioengineered ingredients. This ensures clear information and labeling consistency for consumers about the ingredients in their food,” said Secretary Perdue. “The Standard also avoids a patchwork state-by-state system that could be confusing to consumers.”

While he was visiting Puna last week, Secretary Perdue spoke to East Hawaiʻi farmers about their needs, especially in regards to the recent eruption of Kīlauea Volcano. During the meeting, Eric Weinert, representing the Hawaiʻi Papaya Growers, pressed the Ag Secretary for help getting the transgenic Rainbow papaya into stores.

“We are having to say we’re GMO and we’re proud of it,” Weinert told Perdue, “versus everybody else seems to want a hide from that right now.”

“The Europeans are certainly worse than us,” Sec. Perdue sympathized. “It’s sad to watch our culture in the Mainland follow that kind of the European technology-free zone attitude culture.”

“We are coming out with a bioengineer rule here soon try to do our best to destigmatize this internet hysteria about GMOs,” Perdue told the farmers.

“If during your promotions you want an industry to tell a good story, or we volunteer,” Weinert told Perdue, handing him an advertisement for the Rainbow papaya.

The debate around Genetically Modified Organisms, or GMOs, has had a contentious past in Hawaiʻi. In 2013, the Hawaiʻi County Council passed Bill 113, which was later signed into law by Mayor Billy Kenoi (as Ordinance 13-121). The local law banned “open air testing of genetically engineered organisms of any kind” and “open air cultivation, propagation, development, or testing of genetically engineered crops or plants.” A group of Hawaiʻi-based farming associations and prominent supporters of GMO technology took the county to court over the matter. U.S. Magistrate Judge Barry Kurren ruled in favor of the plaintiffs in November 2014. The county appealed. A federal appeals court later held that the Hawaiʻi County Ordinance banning the cultivation and testing of genetically engineered (GE) plants is preempted by the federal law as well as state law.

According to the USDA:

USDA’s Agricultural Marketing Service (AMS) developed the List of Bioengineered Foods to identify the crops or foods that are available in a bioengineered form throughout the world and for which regulated entities must maintain records. The records will inform regulated entities on whether the food must have a bioengineered disclosure to be communicated to consumers. Regulated entities have several disclosure options: text, symbol, electronic or digital link, and/or text message. Additional options such as a phone number or web address are available to small food manufacturers or for small and very small packages.

Papaya is already on the List of Bioengineered Foods.

The Bioengineered (BE) Papaya Crop Summary states that BE papaya is produced commercially in only two countries: China and the United States.

All BE papaya production in the United States is based on event 55-1, the ID for the virus resistant papaya that goes by the name “Rainbow” and “SunUp”.

Other BE papaya, events 63-1 and X17-2 were never commercialized, USDA says, adding that papaya produced in the United State should be presumed to be BE papaya.

For phytosanitary reasons, USDA-APHIS does not admit fresh papaya fruit into the United States from China.

According to USDA BE Papaya Food Safety Reviews:

The USDA says the “implementation of the Standard concludes a rulemaking process begun in July 2016. AMS gathered information needed to develop the National Bioengineered Food Disclosure Standard and program, in part, through a public comment period. More than 14,000 comments were received and taken into consideration during the rulemaking process. Prior to this, AMS received over 112,000 comments in response to 30 questions provided on the AMS website regarding establishment of the Standard.”

The USDA says the final rule will be published in the Federal Register on December 21, 2018. Following publication of this rule, USDA will provide outreach and education to inform regulated entities and the public about the new disclosure terms. The entire record of the rulemaking is available at this website.