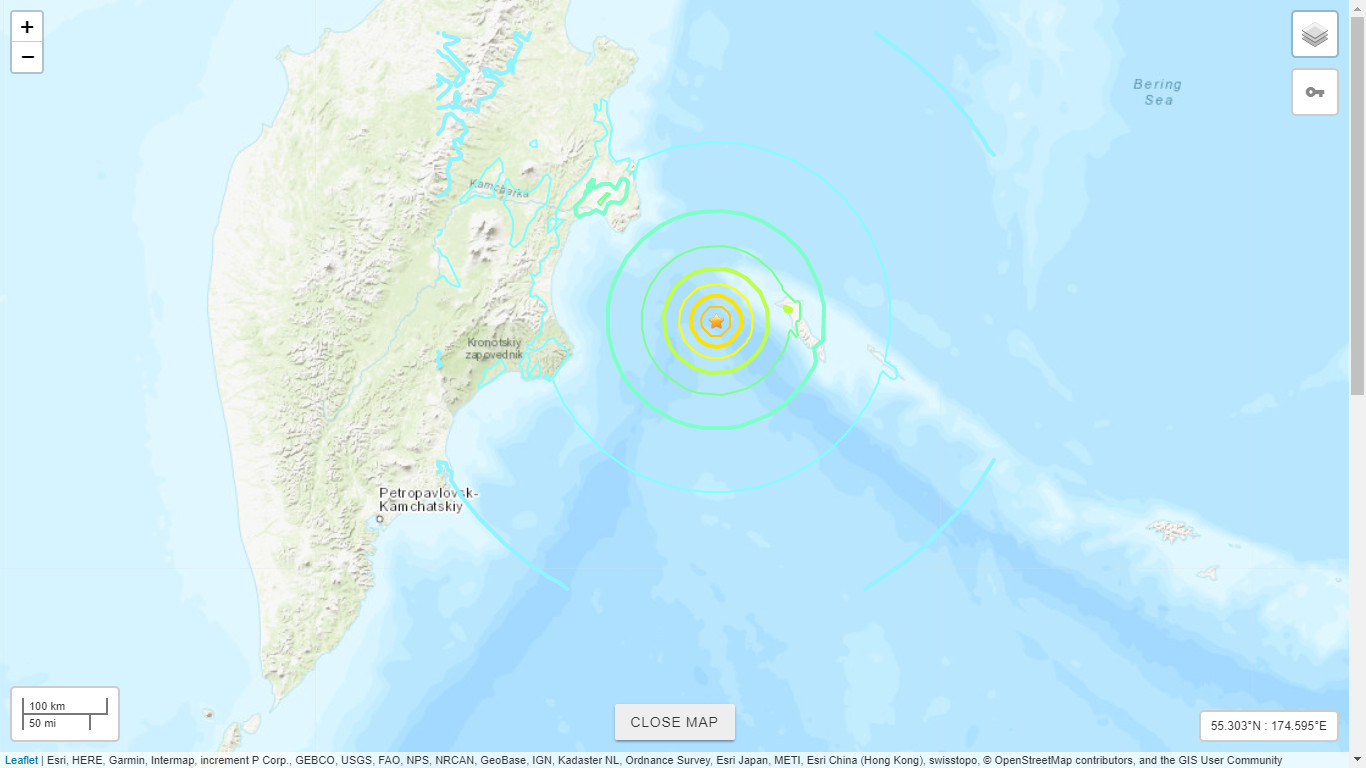 from interactive map by USGS

HAWAII - There is no tsunami threat to Hawaii, civil defense officials say.


(BIVN) – A Magnitude 7.4 earthquake has occurred 82km west of Nikol’skoye, Russia, the US Geological Survey says.

Hawaiʻi County Civil Defense has issued an alert, saying there is no tsunami threat to Hawaiʻi.

The Pacific Tsunami Warning Center says tsunami waves reaching 0.3 to 1 meters above the tide level are possible for some coasts of Russia. However, based on all available data a destructive pacific-wide tsunami is not expected and there is no tsunami threat to Hawaiʻi.

The USGS had this information:

The December 20, 2018 M7.3 earthquake east of Kamchatka peninsula, Russia, occurred as the result of oblique-slip faulting in the northern Pacific Ocean, near the junction of the Kursk-Kamchatka and Alaska-Aleutian oceanic trenches. Focal mechanism solutions indicate slip occurred on a steeply dipping fault striking to the southeast, or on a steeply dipping fault striking northeast. At the location of this earthquake, the Pacific plate moves towards the northwest with respect to the North America plate at a rate of about 76 mm/yr, translating past the North America plate at the Alaska-Aleutian trench immediately south of this event. The location, depth, and focal mechanism solution indicate this earthquake likely occurred as the result of interplate faulting along this plate boundary structure, or on a related fault taking up motion between these two plates.

This is a breaking story and will be updated soon.