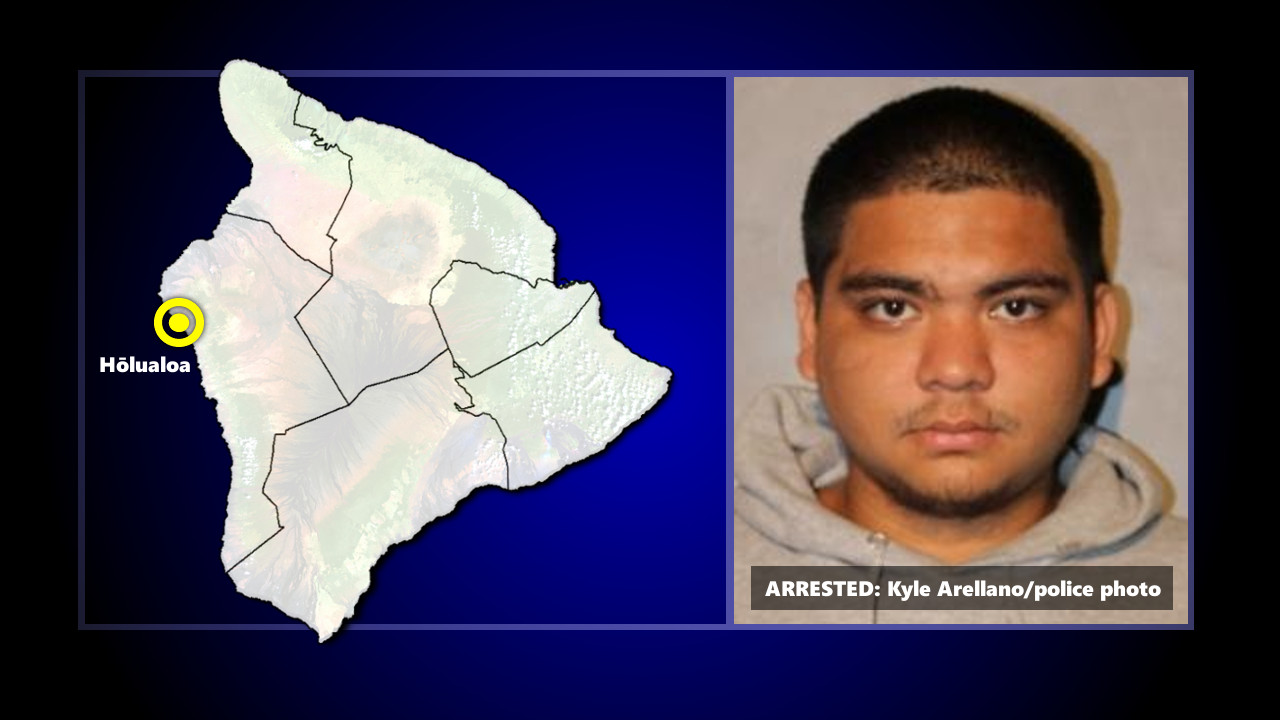 KAILUA-KONA, Hawaiʻi - A stolen vehicle has been recovered and 22 year-old Kyle Arellano has been arrested in Kona, police say.

(BIVN) – Hawaiʻi County Police arrested a suspect in an alleged Kona robbery on Thursday, after asking the public to keep an eye out for the individual who was said to be driving a stolen car.

The day before, Kona patrol officers responded to the 76-5900 block of the Hōlualoa area just before noon, where police say a 71-year old male reported that his backpack was taken by force. The victim sustained minor injuries while being struck and from falling during the attack, a media release states.

Police began looking for Arellano, who was identified as being involved in the incident.

“Arellano may be operating a stolen silver 2007 Honda Accord sedan with Hawaiʻi State license plates HHM-509,” police reported, asking residents “to refrain from contacting or approaching the vehicle or its occupants and to call 911 if Arellano or the vehicle is seen.”

Alerts were issued over the Nixle messaging service on Thursday morning, and a short time later police issued another message announcing the stolen vehicle had been recovered, and robbery suspect Arellano had been arrested.

Police say citizens who have information regarding the robbery or vehicle theft may call Detective Corina McLellan at (808) 326-4646, extension 275, or via email at corina.mclellan@hawaiicounty.gov, or call the Police Department’s non-emergency number at 935-3311.