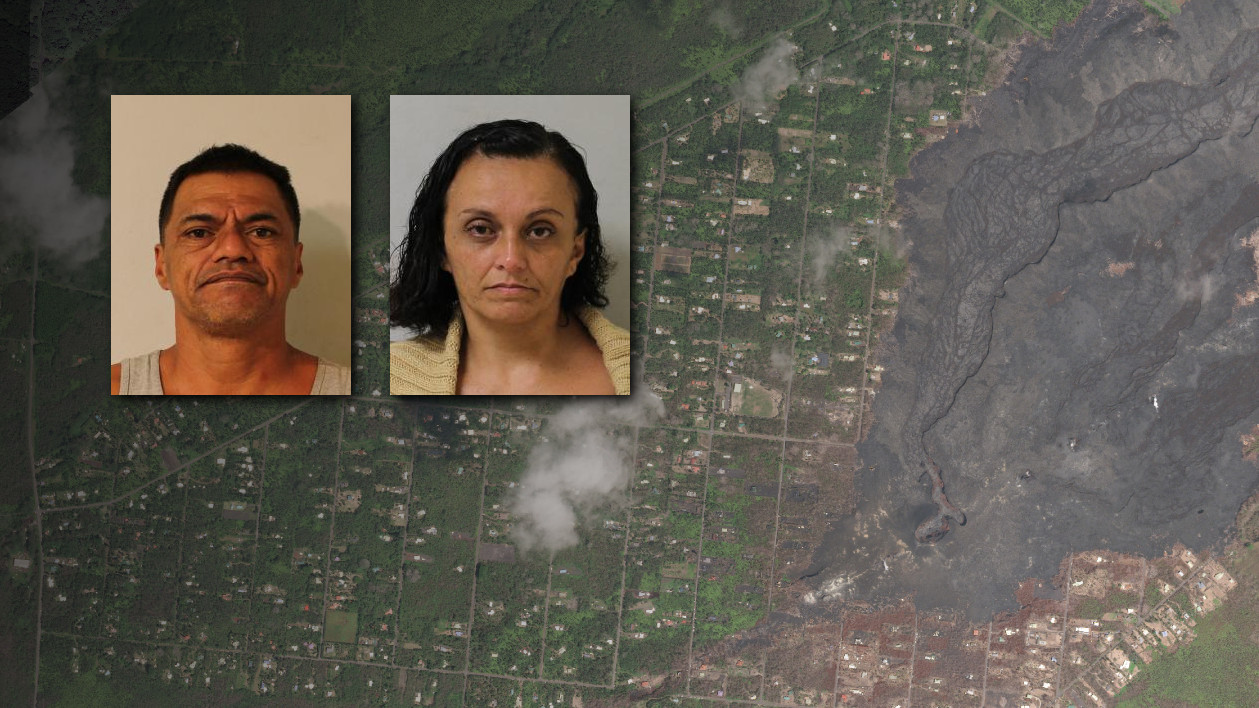 PUNA, Hawaiʻi - A 47-year-old man and his female accomplice were arrested on December 25, following complaints by residents of trespassers in a home on Maile Street.

(BIVN) – Two people suspected of trespassing in Leilani Estates were arrested on Christmas Day, police say, signalling the start of a community-driven crack down on squatters and criminal activity in the lava-ravaged district of Puna.

A 47-year-old man and his 47-year-old female accomplice were arrested by Hawaiʻi Island Police, (December 25), following complaints by the Leilani Estates residents of trespassers in a home on Maile Street.

Police investigating the 11:18 a.m. incident near the 3500 block, found David Kainoa Paio and Tina Yoon in a vacant home. Police determined that the couple unlawfully remained within the dwelling and were arrested for trespassing. During the investigation police also found a firearm, and Paio was arrested for possession of the altered weapon.

In June of this year, Leilani Estates was devastated with the lava flow that forced some residents to vacate their homes. Some of the unoccupied residences have become a haven for homeless people and a focal point for criminal activity.

Hawaiʻi Island Police working in cooperation with the residents and the Community Association, have started to clear the area of people that occupy homes illegally. The Community Association has also begun efforts to notify the owners of the vacant homes to take action in safeguarding them and posting no trespassing signs to assist the police in enforcing trespassing laws.

Captain Kenneth Quiocho, commander of the Puna District, called this cooperative effort with the community and Leilani Community Association “a partnership in preventing crime and safeguarding the area from criminal opportunities. We have met several times on the issues related to the community concerns in Leilani, and are working toward keeping the area safe for the residents who have already been through such a tragic event with the lava and damage to their homes, neighborhoods, and lives. I cannot thank them enough for their patience, cooperation and proactive approach in safeguarding their neighborhood.”

Hawaiʻi Island police in the Puna District intend on conducting several such projects as a way of “sweeping” the neighborhoods, safeguarding the community, and encouraging members of the community to get involved. One way to so is through their local neighborhood watch group.