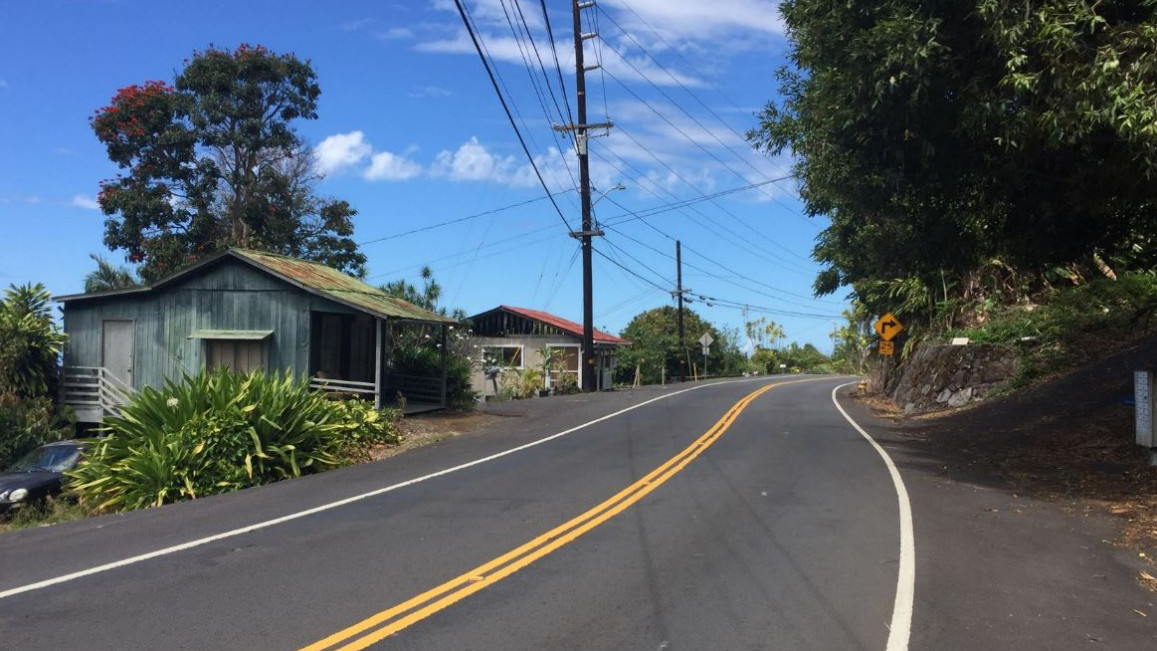 HŌLUALOA, Hawaiʻi - The public informational meeting on the project will be held on Wednesday, January 9, at 5:30 p.m. at the Kona Imin Center. 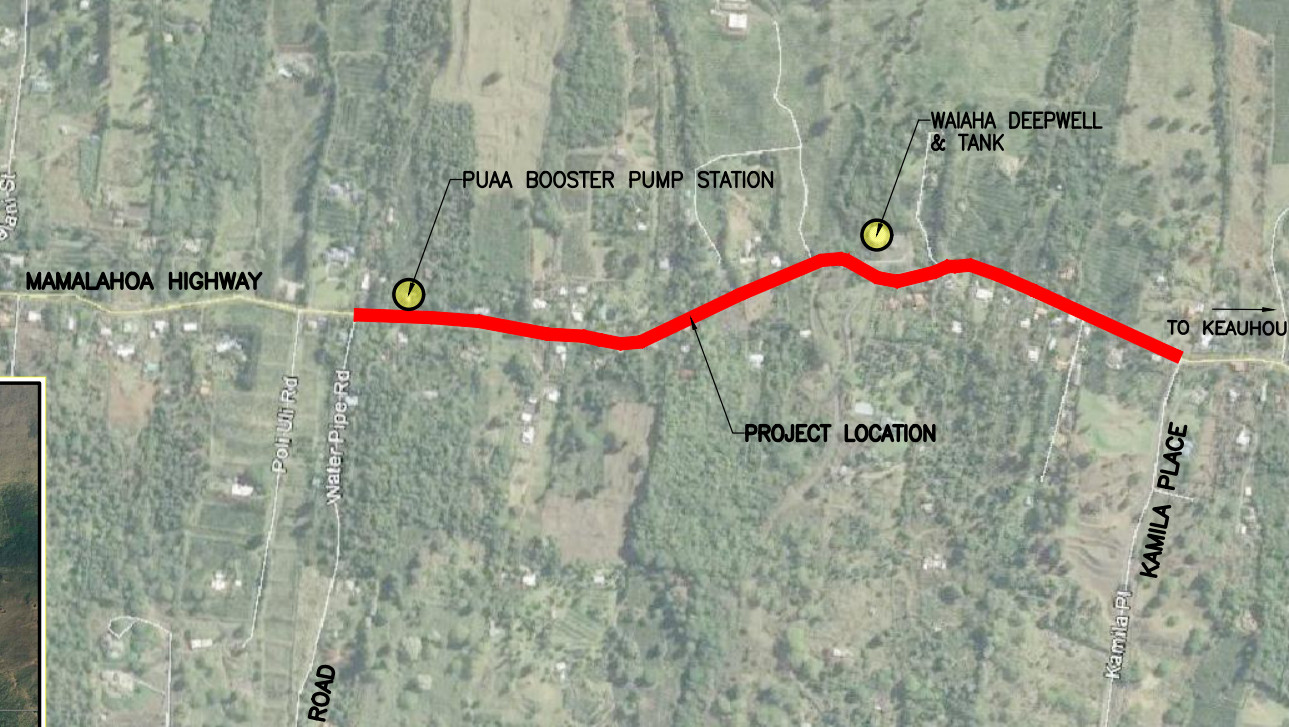 image from the Final Environmental Assessment for the Waiaha Transmission Waterline

(BIVN) – An informational meeting regarding an upcoming water system improvement project in the Waiʻaha area of Kona will be held next week.

The Department of Water Supply is inviting the community to attend the meeting to be held at the Kona Imin Center in Hōlualoa on January 9, 2019 at 5:30 p.m.

Construction is scheduled to begin this month on the Waiʻaha Water System Improvement (Transmission) Project along Māmalahoa Highway from Water Pipe Road (south of UCC Hawaiʻi Coffee) to Kamila Place (near Iokepa Estates), officials say. According to a DWS fact sheet, the $3,540,878 project is expected to end in November 2019. Isemoto Contracting Co., Ltd. will have 300 calendar days to complete the project, which will be funded by the State of Hawai‘i Drinking Water State Revolving Fund.

According to the Final Environmental Assessment for the project published over a year ago:

The County of Hawai‘i, Department of Water Supply (DWS) proposes to construct a 16-inch water transmission line and associated infrastructure for a length of approximately one mile between Kamila Place and Waterpipe Road along Māmalahoa Highway in Kona. The project corridor extends between Palani Junction and the community of Holualoa, at elevations ranging from 1,480 to 1,500 feet above sea level, approximately 2.5 miles inland from the Kailua Bay. The intermittent Wai‘aha Stream crosses the project corridor, as do three small, unnamed intermittent drainages.

Most work will be conducted within the right-of-way of Māmalahoa Highway, with connections to the Waiaha 2-MG Reservoir and the Puaa Booster Pump Station, and possible minor use of four private properties where portions of culverts are just outside the right-of-way.

The new water line will be installed primarily within an excavated trench with a minimum 3-foot backfill cover. Where culverts are crossed, the water line will be independently supported by a new concrete structure that will be parallel to the existing culvert headwall, except at one location where the water line will be placed under the culvert. The inlet flow channel side walls will be “notched” to accommodate the water line and support beam. The three pumps at the Puaa Pump Station will also be upsized to 350 gpm, with the ability to be controlled with variable frequency drives to allow flexibility in controlling water flow going north. A new enclosure may be built to house the electrical equipment.

The proposed work has the potential to produce localized and temporary traffic congestion as well as construction noise, emissions and fugitive dust, which could temporarily affect nearby properties. Construction will occur in front of individual properties during periods varying between several days and several weeks. This will take place over the course of about 16 months, as work moves progressively from one end of the water line installation to the other. Construction work will be confined to daytime hours from 7:30 am to 3:30 pm.

The latest project details, schedule, and other information will be provided at the January 9 meeting. Additional information can be found on the Department of Water Supply website at hawaiidws.org. For other questions or concerns, call (808) 961-8060 during normal business hours, (808) 961-8790 for after-hour emergencies, or email: dws@hawaiidws.org.