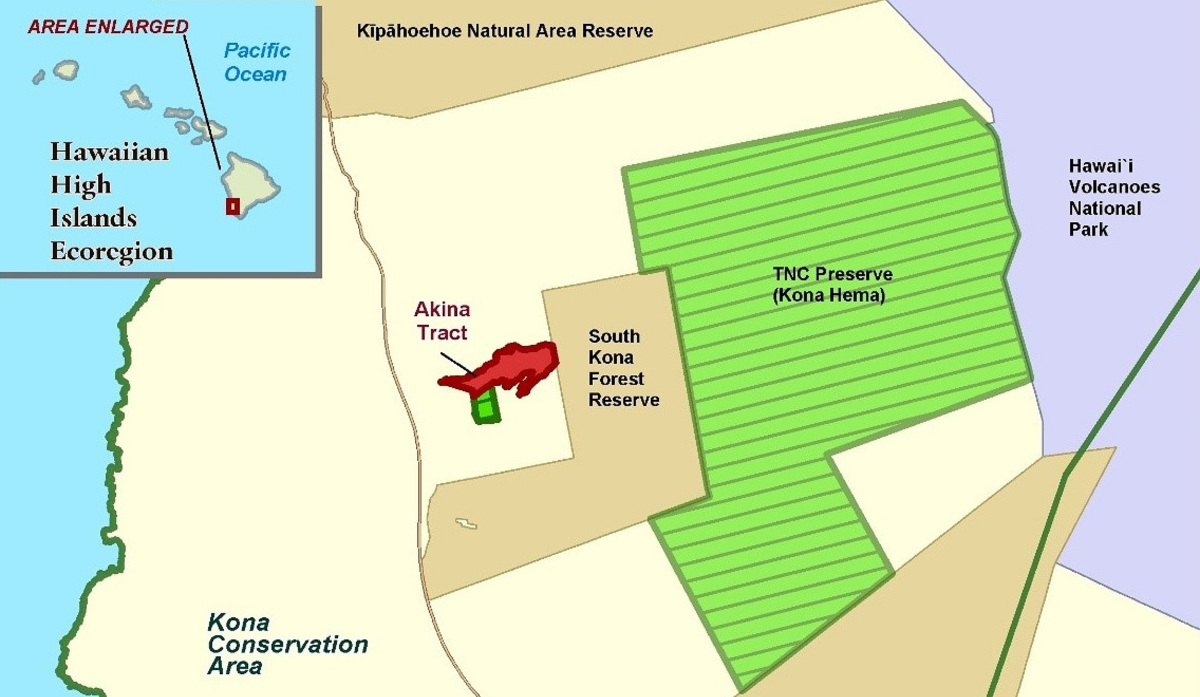 location of the donated Akina parcel 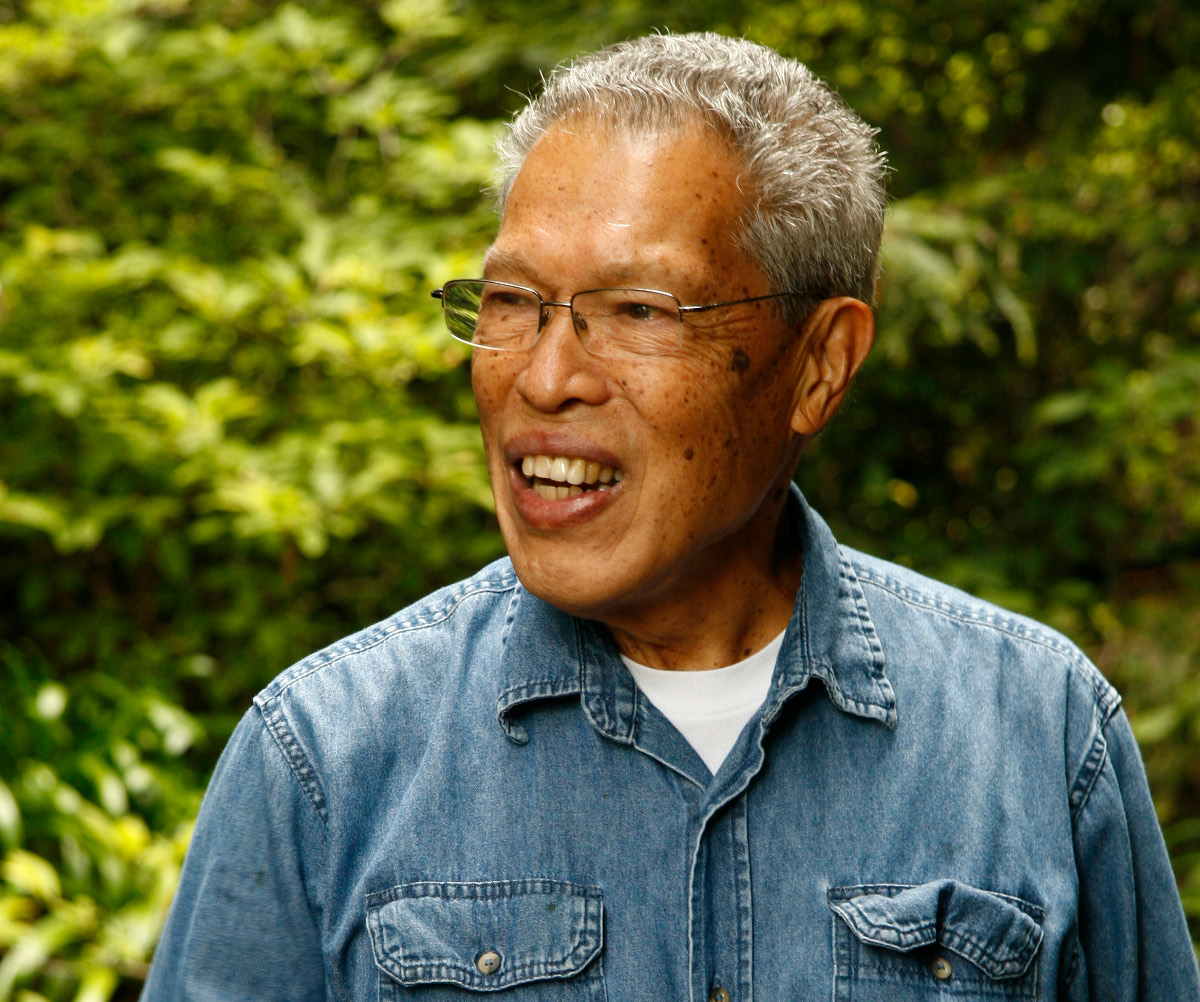 (BIVN) – The Nature Conservancy has received a gift of land in the South Kona-area of Hawaiʽi Island, that will provide habitat for rare native wildlife and plants.

According to the Nature Conservancy, the land is the second of two properties Akina has donated to the private non-profit conservation organization. The 85-year-old Akina, who now divides his time between homes in Honolulu and the Hilo area of the Big Island, donated a 37-acre neighboring parcel in 2014.

A Nature Conservancy media release says Akina first became interested in the two South Kona parcels in the early 1970s when the land was being sub-divided for sale. “I went down there and found these properties that had beautiful trees on them along with young forest,” he said. “When I found out they would be sold for development, I stepped in and bought them. I wanted to save them from the bulldozer.”

After TNC acquired 4,000 acres next door at Honomalino in 1999—the first of three adjoining parcels that make up its Kona Hema Preserve—Akina decided that one day he would donate the land to TNC.

The 135-acre parcel is a section of the 1926 Ho‘opuloa lava flow. Along the flow edges, it contains native plants such as māmane, ‘iliahi, pāwale and ferns. The rare mēhamehame tree (Flueggea neowawraea) was historically found on the parcel, which is also in the very limited habitat range for the tallest species of Hawaiian fan palm, or loulu (Pritchardia schattaueri). Both were likely found on the parcel prior to the 1926 lava flow. Surveys have also located native lacewings and Kamehameha butterflies on the property. 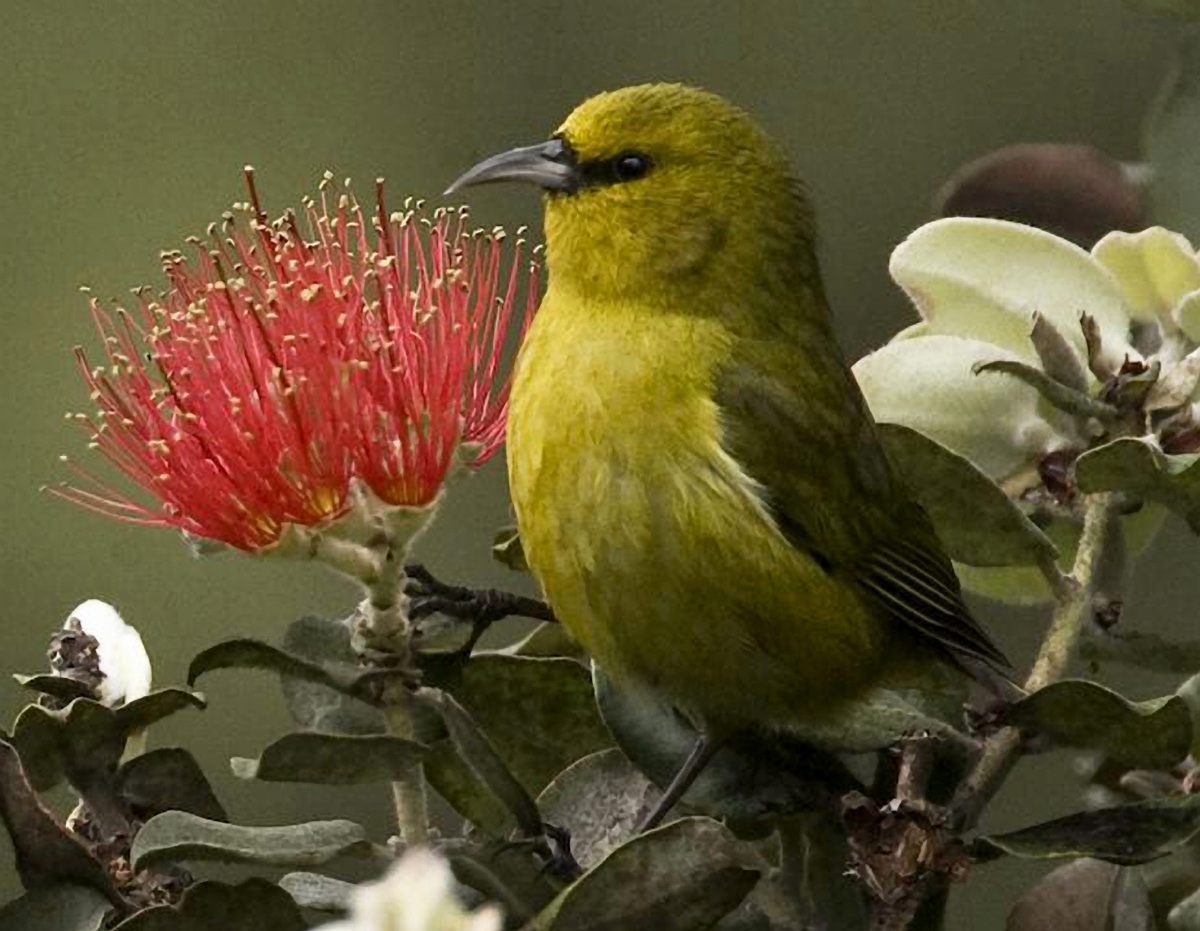 “The Nature Conservancy of Hawai‘i is grateful to work with wonderful supporters like Dr. Akina, who understand the vast majority of Hawai‘i’s native species are found nowhere else in the world,” said TNC Hawaiʽi Executive Director Ulalia Woodside in the media release. “This gift will provide a home and refuge for native plants and animals for future generations.” Accoring to the release:

Native songbird species such as the ʻapapane, ʻiʻiwi, ʻelepaio, and ʻamakihi are found throughout this area as they pass through the protected corridor of South Kona properties. The area also provides much needed habitat for the endangered ‘io (Hawaiian hawk) and the ‘ōpe‘ape‘a (Hawaiian hoary bat), which likely utilizes the property for foraging. The National Audubon Society rates Kona forests as A-1 Globally Significant Important Bird Areas.

Over the years, the Nature Conservancy says it has helped to protect more than 200,000 acres of natural lands in Hawai‘i and Palmyra Atoll.