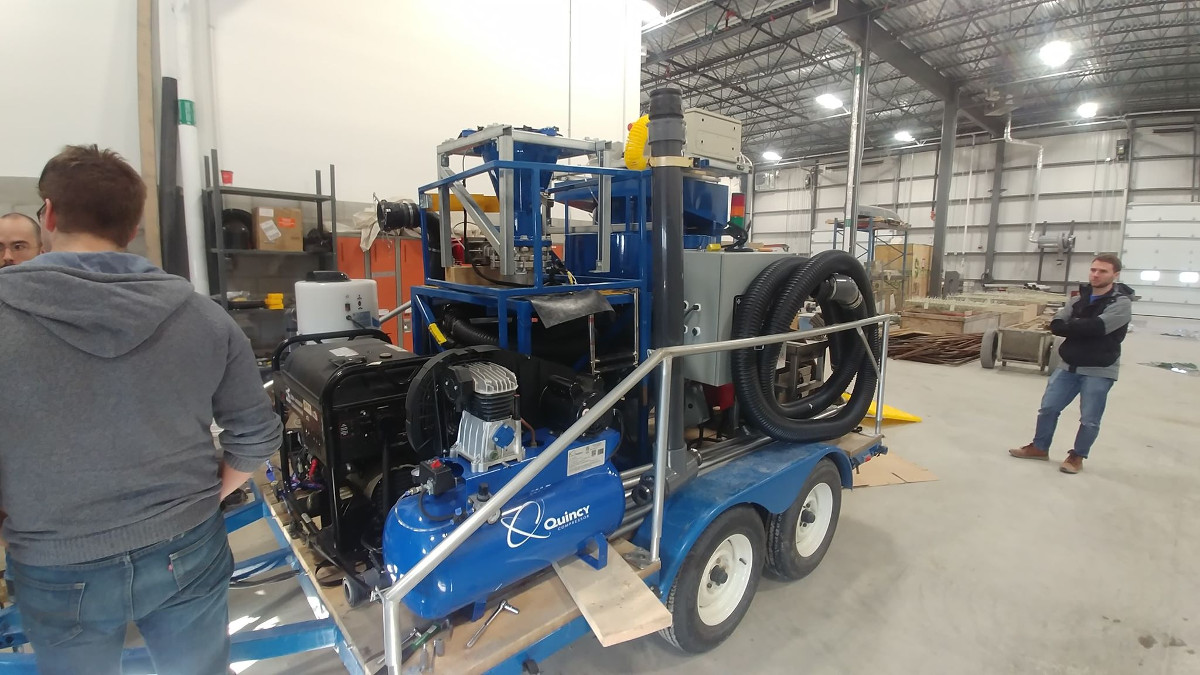 Photo of the HoolaOne invention at the Sherbrooke warehouse in Dec 2018, photo by HoolaOne / Sherbrooke University.

HAWAIʻI - Students at the University of Sherbrooke in Quebec, Canada have invented the HoolaOne, a prototype machine to remove small pieces of plastic marine debris from beaches.


Video by David Corrigan, DLNR, and HoolaOne / edited by BIVN.

(BIVN) – Microplastics are presenting a big problem for Hawaiʻi.

Hawai‘i Wildlife Fund volunteers, who have been cleaning debris from the island coastline over the last 15 years, say they have removed 500,000 pounds of plastic from Kamilo Beach in Kaʻū. But they say it is impossible to collect everything.

“Plastic never goes away, it just breaks down into smaller and smaller pieces,” a Hawai‘i Wildlife Fund media release stated. “Microplastic debris is the most difficult to collect and remove from the beach because it takes so much time.” 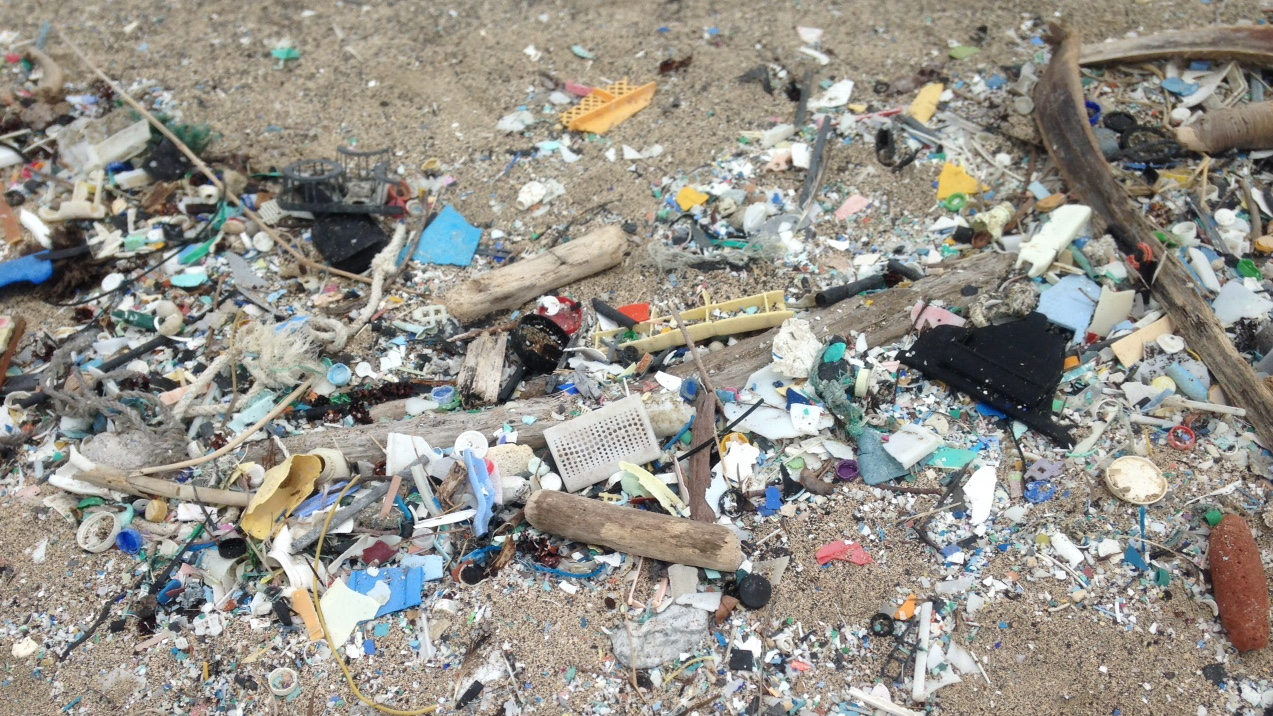 Many volunteers have also tried to advocate for prevention. Some recently testified against a plan to construct a plastic water bottling facility in Hilo.

Now, there could be hope for removing the microplastic from the beach. Students at the University of Sherbrooke in Quebec, Canada have invented the HoolaOne, a prototype machine to remove small pieces of plastic marine debris from beaches.

Volunteers are raising funds to bring the machine and students to the island. Hawai‘i Wildlife Fund issued this media release on the prospect:

Twelve engineering students at the University of Sherbrooke in Quebec, Canada have been working with Hawai‘i Wildlife Fund to design and construct a prototype machine to remove small pieces of plastic marine debris from beaches. Their invention is called HoolaOne.

Hawai‘i Wildlife Fund (HWF), with the help of countless volunteers, has been cleaning the coastline near Kamilo Point in Ka‘ū on Hawaiʻi Island for 15 years and just reached a milestone of recovering 500,000 pounds of plastic, including bundles of nets and line. However, it is impossible to collect everything and plastic never goes away, it just breaks down into smaller and smaller pieces. Microplastic debris is the most difficult to collect and remove from the beach because it takes so much time.

Bill Gilmartin, HWF’s Research Director, said “Two years ago, this group of engineering students from the University of Sherbrooke approached us and asked what they might do to help with our marine debris recovery work. I suggested they tackle the problem of removing small plastic pieces from beach sand and they took on the challenge as a class project.” HWF sent them pictures of the problem and shipped them boxes of plastic-laden beach sand and they went to work. “We discussed as many of the potential problems as we could think of, like rocks and pieces of wood in the sand, access to cleanup sites, and the varied slopes of beaches,” Gilmartin said. The students’ invention, HoolaOne, was specifically designed to separate very small microplastic pieces up to 2 inches in diameter from the beach sand. The engineering students have been presented several awards by Canadian groups and have been featured in numerous media events for their work on this project*.

“We just heard from the students that the prototype is ready for shipping and field testing at Kamilo. And, ideally, some of the engineering students would come to Hawai‘i Island in February to work with HWF team members to field test the prototype and make any adjustments or modifications needed to fine tune and ensure the machine’s highest performance,” Gilmartin said.

The students have already raised over $70,000 (CA $) to design and build HoolaOne. Now, HWF needs to raise about $15,000 to bring the machine and students to Hawai’i. Gilmartin said, “We are seeking donations from individuals and local business throughout Hawai‘i to support this final push to bring this microplastics beach cleanup machine to Hawai‘i in January. Please make a tax-deductible contribution to HWF today and let us know that you support these University of Sherbrooke students and you want to be part of the solution to recover plastics from our beaches to protect native wildlife.”

This collaborative project between Hawai‘i Wildlife Fund and University of Sherbrooke students and hundreds of donors was designed to tackle the very difficult problem of cleaning microplastics from Hawai‘i beaches. They hope future models can be used to clean beaches around the world to reduce wildlife losses to plastic ingestion.

More info about Hawai‘i Wildlife Fund is available on their website at wildhawaii.org.