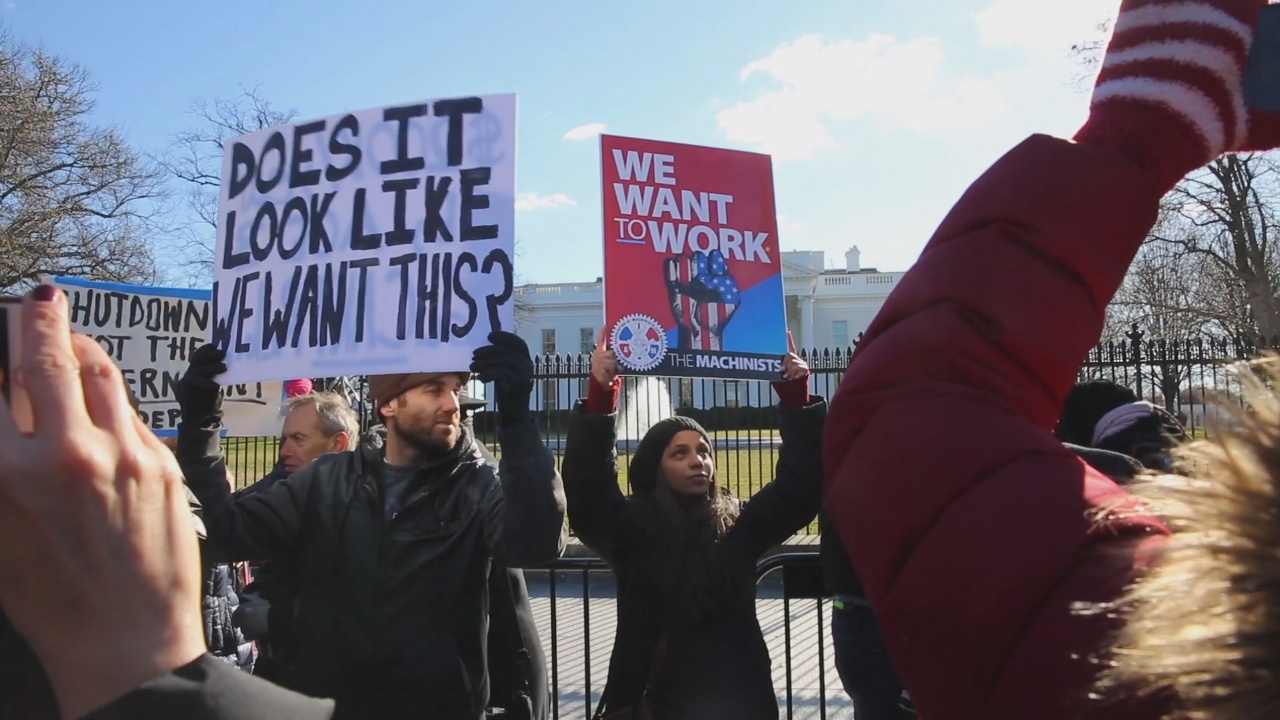 image from a rally in Washington D.C. via Sen. Hirono

(BIVN) – On Saturday, the ongoing partial shutdown of the federal government became the longest funding lapse in United States history.

Funding for border security – a wall between the U.S. and Mexico, in particular – is the sticking point. As President Donald Trump’s Twitter feed shows, an agreement on funding a border wall is not in the works.

“We have a massive Humanitarian Crisis at our Southern Border,” Trump tweeted. We will be out for a long time unless the Democrats come back from their “vacations” and get back to work. I am in the White House ready to sign!”

“I just watched a Fake reporter from the Amazon Washington Post say the White House is ‘chaotic, there does not seem to be a strategy for this Shutdown. There is no plan.’ The Fakes always like talking Chaos, there is NONE,” Trump stated. “In fact, there’s almost nobody in the W.H. but me, and… I do have a plan on the Shutdown. But to understand that plan you would have to understand the fact that I won the election, and I promised safety and security for the American people. Part of that promise was a Wall at the Southern Border. Elections have consequences!”

U.S. Senator Brian Schatz (D-Hawaiʻi) cosponsored legislation, the Government Employee Fair Treatment Act, that unanimously passed the Senate on Thursday. The Act will make sure federal employees who are required to work during the government shutdown are given full back pay once the shutdown has ended.

“Our federal workers shouldn’t suffer because the President and Republicans in Congress don’t know how to govern. These workers keep our country running, and they deserve the pay they have earned,” said Senator Schatz. “I hope we can quickly get this through the House and to the President so that the men and women who serve our country get fully compensated.”

According to the Hawaii Credit Union League, Hawaii credit unions on the Big Island have implemented assistance programs to help members who are adversely affected. From the HCUL:

Hawaii First Federal Credit Union
President/CEO Laura Aguirre
Loan extensions are available along with the Pathways financial coaching program. Their Community Resource Centers are gathering information on resources available from our non-profit partners. A small benevolence fund may be used to assist in these instances.