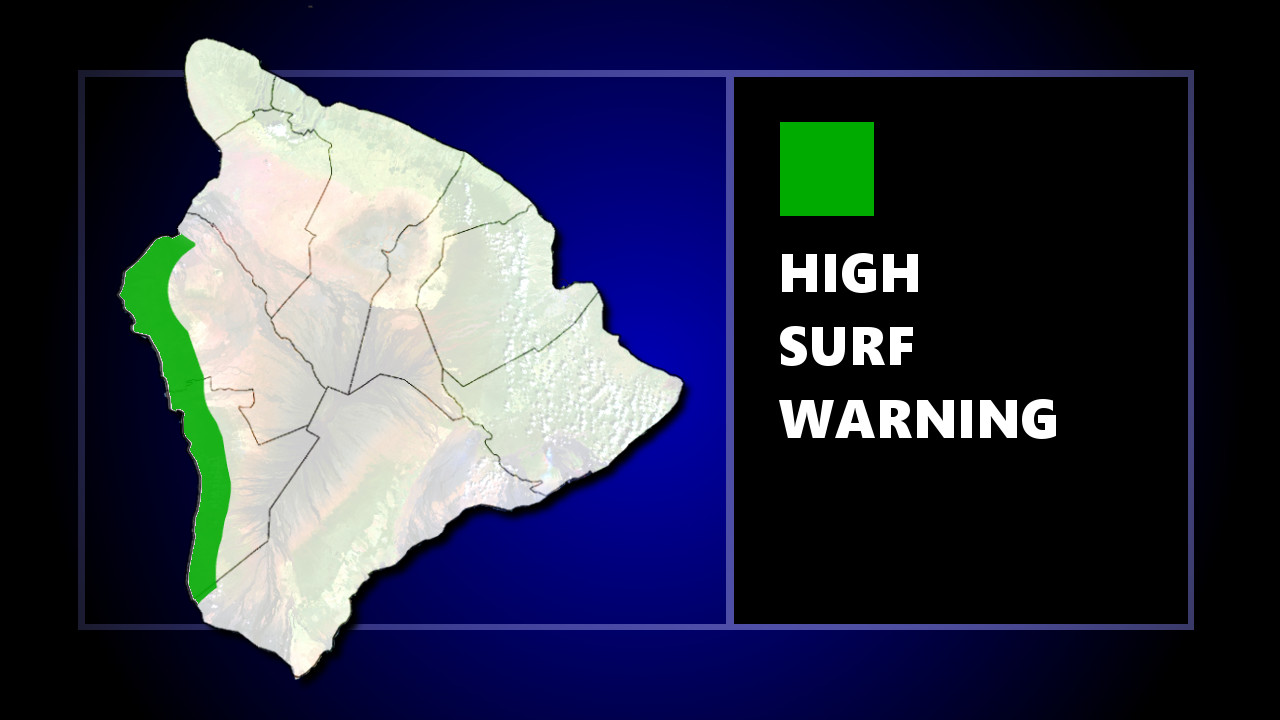 HAWAIʻI ISLAND - A large northwest swell is forecast to spread down the island chain today, and is expected to peak tonight and hold through Sunday.

(BIVN) – A High Surf Warning is in effect for North and South Kona on Hawaiʻi Island today, as a large northwest swell spreads down the island chain today.

According to the National Weather Service in Honolulu, warning level surf is expected along the west facing shores of the Big Island. This swell is forecast to peak tonight and hold through Sunday.

The highest threat for coastal impacts will coincide with the high tide, which occurs at 8 a.m. Sunday, Hawaiʻi County Civil Defense says.

Due to the projected High Surf Warning, civil defense says the following are in effect:

UPDATE: All County Beach Parks along the west facing shores from Keokea in North Kohala to Milolii in South Kona will be Closed after 6 p.m. Saturday through Sunday, Hawaiʻi County Civil Defense says.