HAWAIʻI ISLAND - For the third year, Womens marches were held on the Big Island, joining in on other marches held around the world. 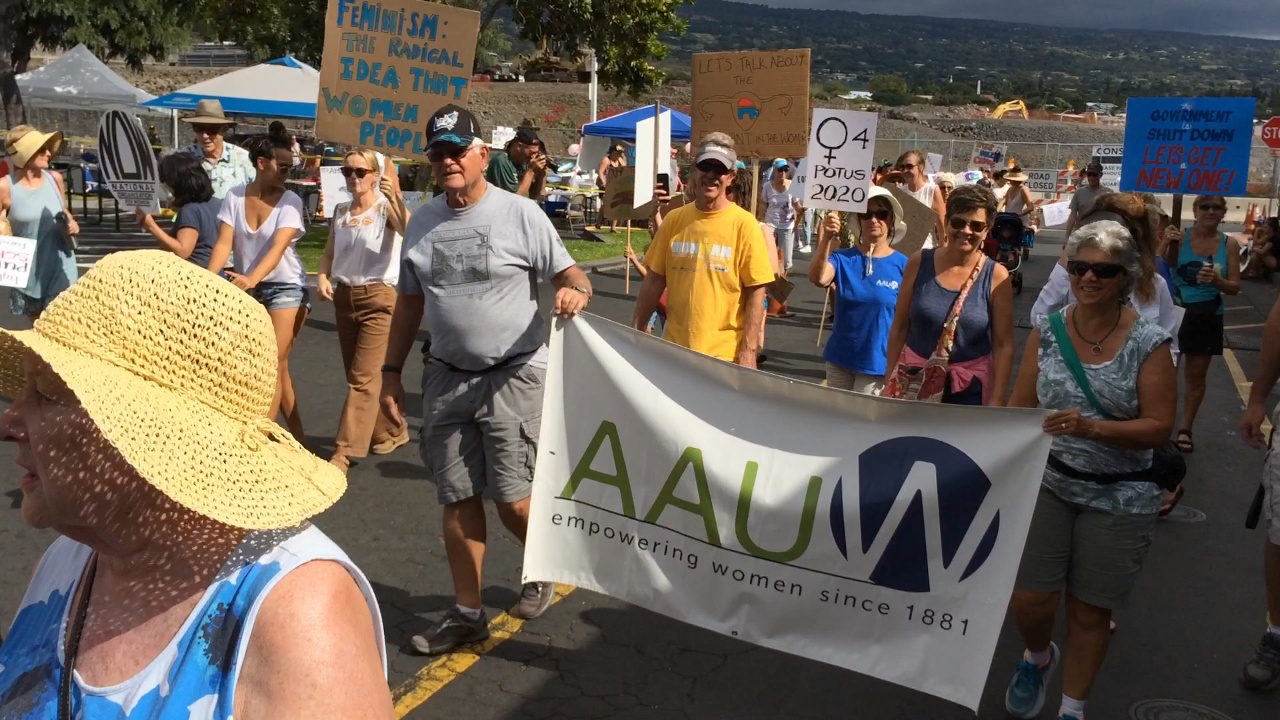 (BIVN) – On the second anniversary of the Womens Marches that swept the nation as President Donald Trump took office in January 2018, events were again held on both sides of the Hawaiʻi Island on Saturday.

In Hilo, hundreds gathered at the Hawaiʻi State Building before participants marched to the Downtown bayfront area and back.

In Kona, a “Women’s Wave” Tailgate Party was held at the Lanihau Center before a 2 p.m. march.

This year’s march occurred in the middle of a partial government shutdown, as a disagreement in Washington over immigration and border security has resulted in a lapse of federal funding. Many participants voiced criticism of President Donald Trump and held signs lambasting his leadership.

“In opposition to our Unity Principles, they have allowed anti-Semitism, anti- LBGTQIA sentiment and hateful, racist rhetoric to become a part of the platform by their refusal to separate themselves from groups that espouse these racist, hateful beliefs,” Shook wrote. “I call for the current Co-Chairs to step down and to let others lead who can restore faith in the Movement and its original intent.” Shook pledged to support “grassroots, decentralized leadership promoting a safe, worldwide community devoid of hate speech, bigotry and racism.”