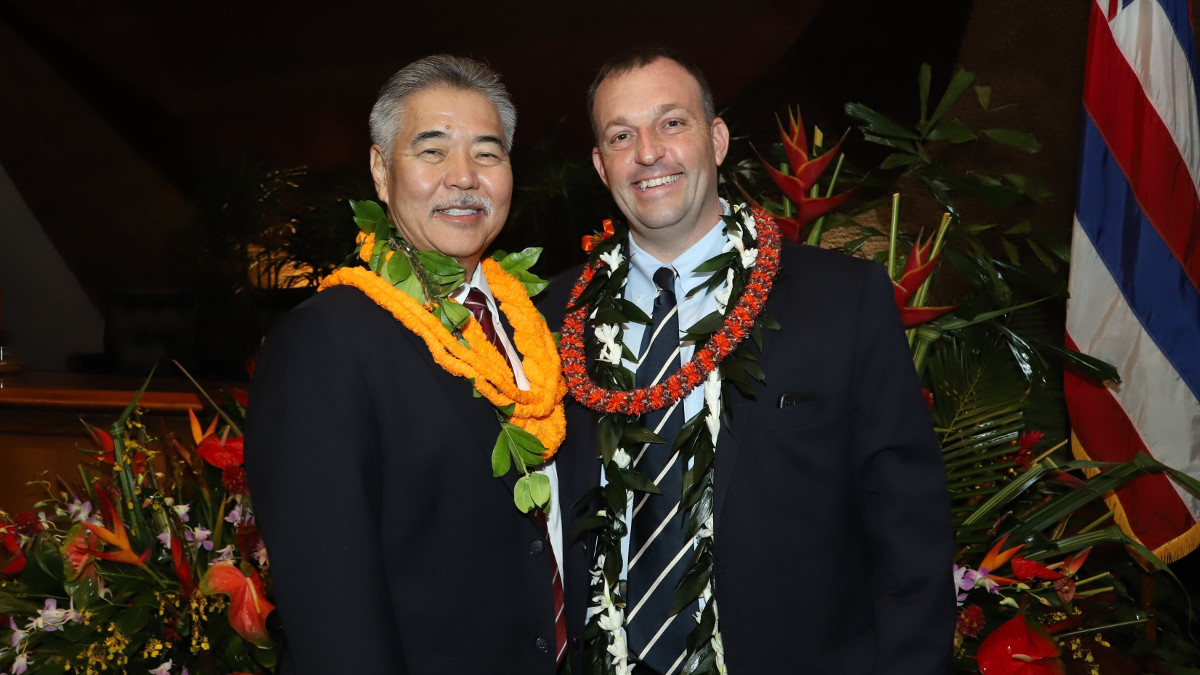 (BIVN) – Governor David Ige is officially giving Lieutenant Governor Josh Green a greater role in dealing with the difficult issue of homelessness in Hawaiʻi, as Green had hoped he would.

“Lieutenant Governor Josh Green will be the state’s new point person on leveraging private sector partnerships to address the chronically homeless, which includes some of the most difficult situations to resolve,” said Governor Ige during his State of the State address on Tuesday. “He will be working closely with Scott Morishige, the state’s homeless coordinator, who will continue to lead the state’s overall homeless efforts.”

Lawmakers have been watching to see if Green would be given the latitude to help out with the homeless issue. As a former state senator serving the Big Island, Green was a champion of progressive solutions to the homeless crisis. As a physician, he is familiar with the social and economic impacts.

The Office of Lieutenant Governor Green issued a statement after the announcement:

I want to thank Governor Ige for entrusting me to be the point person on creating private sector partnerships to combat homelessness in our state. As a physician, the issue of homelessness has long been close to my heart and I am eager to continue working with the Governor’s team and the community at large to combat this crisis. Homelessness is a multi-faceted, difficult, and complex problem to tackle and it affects almost every aspect of our society here in Hawaii from the strain it places on our already over taxed emergency rooms to the economic impact it has on tourism, and the humanitarian strife it inflicts on our communities. It is truly everyone’s crisis to own and bringing private sector philanthropists into the fold is critical to most effectively fund and sustain our projects and initiatives for the long run.

We’ll also be working closely with the Mayors’ offices, county councils, and the Legislature as we approach this problem from all sides. There are some real, tangible solutions to homelessness in Hawaii and we’re going to pursue and explore many different avenues to address all aspects of our homeless epidemic. I’m ready, the Governor is ready, and the people of Hawaii are ready for us to aggressively and innovatively tackle our homeless crisis.

There are already some exciting projects on the horizon. Just recently, the Punawai Rest Stop opened on Kauwili St. in Iwilei where anyone in need can get access to basic hygienic care, and already we’ve seen hundreds of people utilize that facility. Eventually, that same building will include a health clinic, long term medical respite beds, and permanent housing units. This model, which we call the H4 model, is a public/private partnership that can be replicated all over the state in areas where there is need, and that is going to help a lot of people.
We are starting to explore establishing Ohana Zones for which the Legislature has given us $30 million to build infrastructure on state lands. This is going to allow us to create permanent, sustainable housing and communities for people who are currently suffering on our streets. With this endeavor, we see great potential to work with private sector partners to fund continuing outreach and services for these newly established Ohana Zones in their communities.

We’re also going to look at some of the root causes of homelessness. We’re going to figure out how to get people better access to mental health services and drug rehabilitation. We’re going to make sure that families can afford to keep a roof over their heads.

I am honored that the Governor has bestowed the responsibility of building bridges between the government and private sector to me, and I am up to the challenge. This is an extraordinarily complex problem and it’s going to require a lot of dedication and teamwork from everyone trying to solve it, but I know the passion that so many people have to help our homeless and I am very optimistic about the progress we are making right now and will continue to make going forward together.