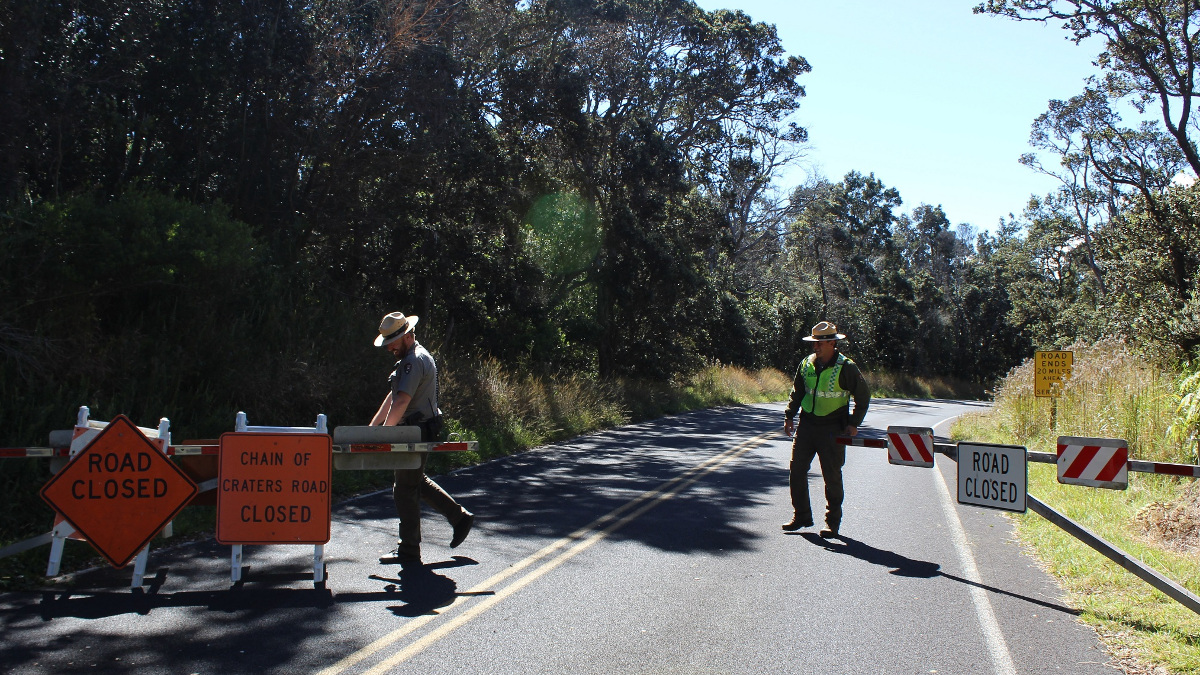 HAWAIʻI VOLCANOES NATIONAL PARK - Staff have re-opened sections of the park that were closed during the government shutdown. 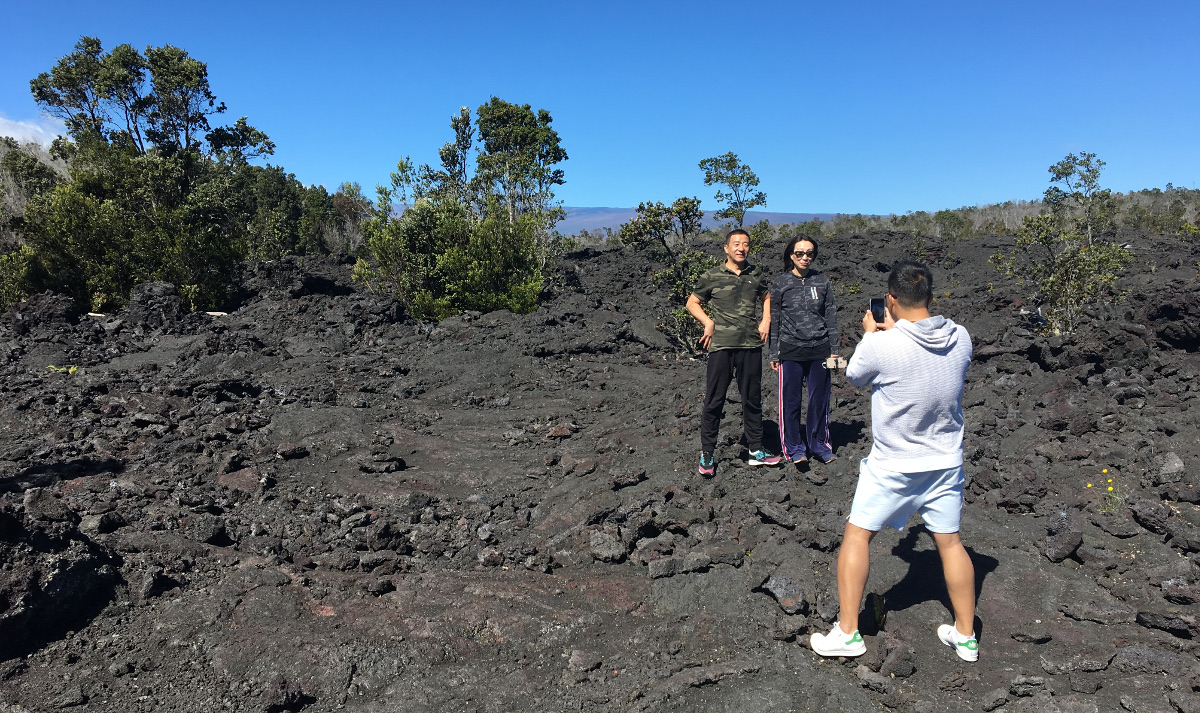 Visitors from China pose for photo on 1974 lava flow on Jan. 28. (NPS Photo/J.Ferracane)

The National Park Service stated in a Monday media release that with the enactment of the continuing resolution, staff “re-opened sections of the park that were closed during the government shutdown.”

Chain of Craters Road, most backcountry campsites, Mauna Ulu and other park features are now open. Mauna Loa Road remains closed to motorists due to elevated fire risk, but is open to pedestrians and bicyclists. The summit of Mauna Loa was closed today due to dangerous high wind conditions, but Red Hill Cabin is open. The collection of entrance fees has also resumed.

The Kahuku Unit will open on Wednesday, per its usual schedule, at 9 a.m. Kahuku is open five days a week from 9 a.m. to 4 p.m., and is closed Mondays and Tuesdays. There are no entrance fees at Kahuku. 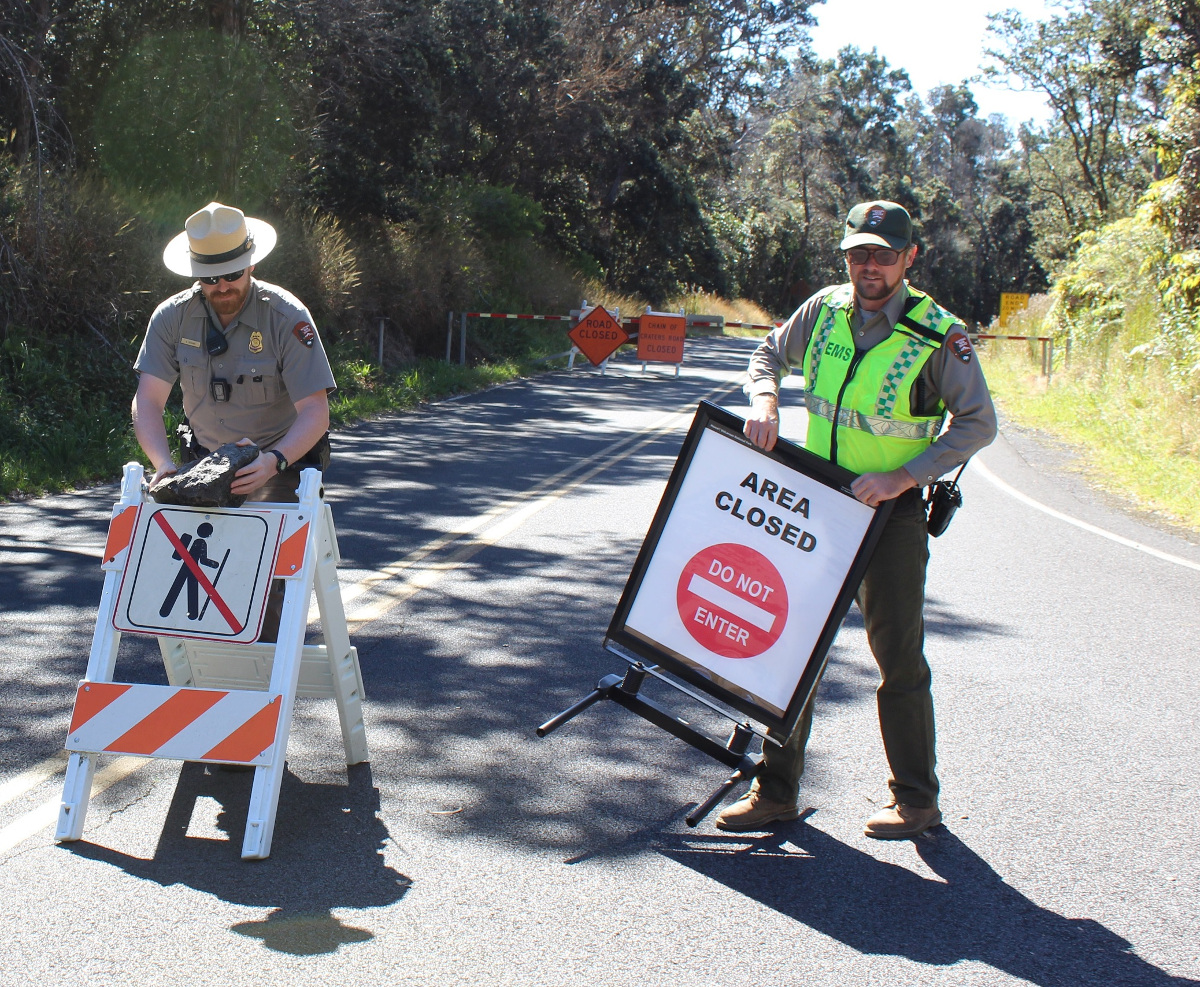 The park remained partially open for visitors during the government shutdown, thanks in part to support from non-profit partners, the Hawai‘i Pacific Parks Association and the Friends of Hawai‘i Volcanoes National Park.

“Hawai‘i Volcanoes National Park employees and volunteers are happy to be back at work, welcoming visitors from around the world and protecting the natural and cultural resources in the park, a World Heritage Site and International Biosphere Reserve,” the National Park Service stated.

Visitors to the park are also being reminded to “drive cautiously, heed all posted signs and look out for Hawaiian geese, the endangered nēnē, on park roadways. Do not feed nēnē.”