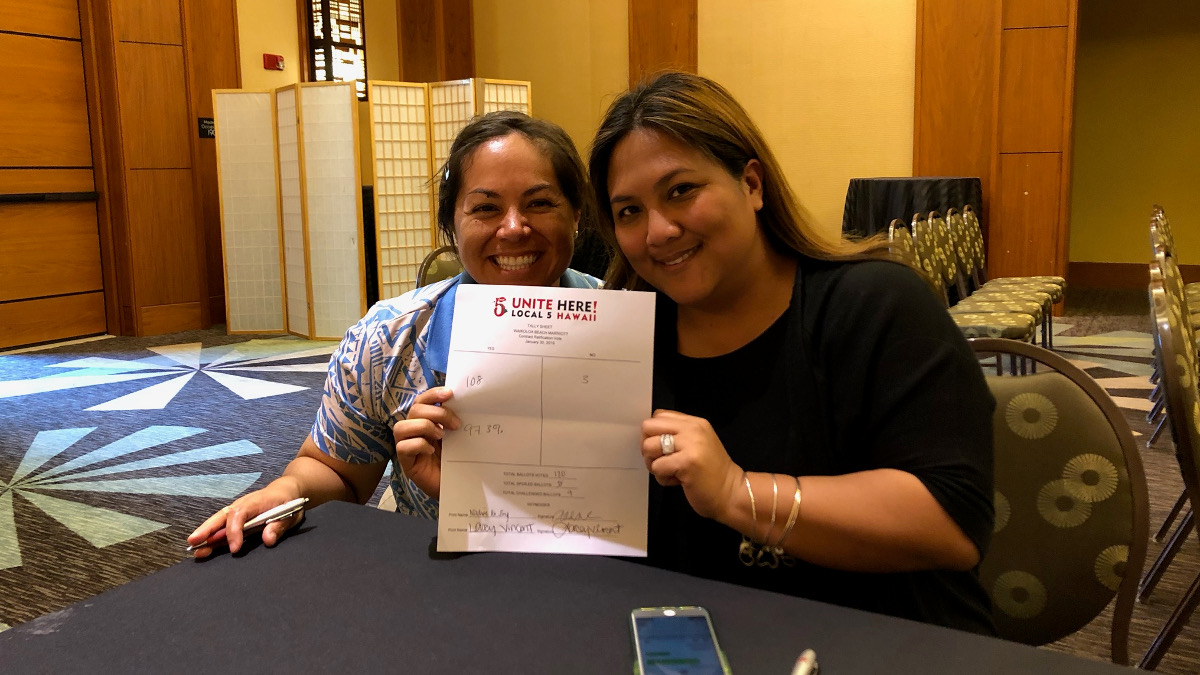 KOHALA COAST, Hawaiʻi - Following the nationwide strike in 2018, Waikoloa becomes the 7th Marriott in Hawaiʻi to reach an agreement with Local 5.

The vote follows the strike in October 2018, although the Waikoloa Beach Marriott workers did not go on strike because their union contract did not expire until December 31, 2018.

This media release was issued by UNITE HERE Local 5:

The contract is modeled after the contract agreement that was reached on November 27 with Kyo-ya, which owns five Marriott-operated hotels. Beginning in October 2018, nearly 2,700 workers at the five hotels went on strike for 51 days with the demand that one job should be enough to live in Hawaii.

“Hotel workers on Big Island make less than Waikiki hotel workers, but we also struggle with the cost of living. Many of us can’t live on Kona side because it’s too expensive, so we commute for hours each day from the east side. One Job Should Be Enough to live in the cities where we work. This new union contract brings us closer to making that a reality and setting a good standard on Big Island. I’m thankful for the Kyo-ya workers who went on strike for 51 days. Their sacrifice is changing the lives of so many families for the better. We’re committed to continue this work to make one job enough,” says Krystal Chinen, a utility steward at the Waikoloa Beach Marriott.

The new union contract includes job security; reductions in subcontracting of staff positions; worker involvement in the implementation of new technology and automation; a child/elder care fund; a reduction in workload for housekeepers; an increase in wages, an increase in pension contributions; and an increase in health and welfare contributions.

Collective bargaining agreements at 20 Local 5 hotels expired in 2018. With seven union contracts settled and 13 more hotel contracts remaining, the “One Job Should Be Enough” campaign continues. Local 5 now turns its attention to making one job enough for other hotel workers, other Local 5 members who work in healthcare and food service, and the broader community of working people. 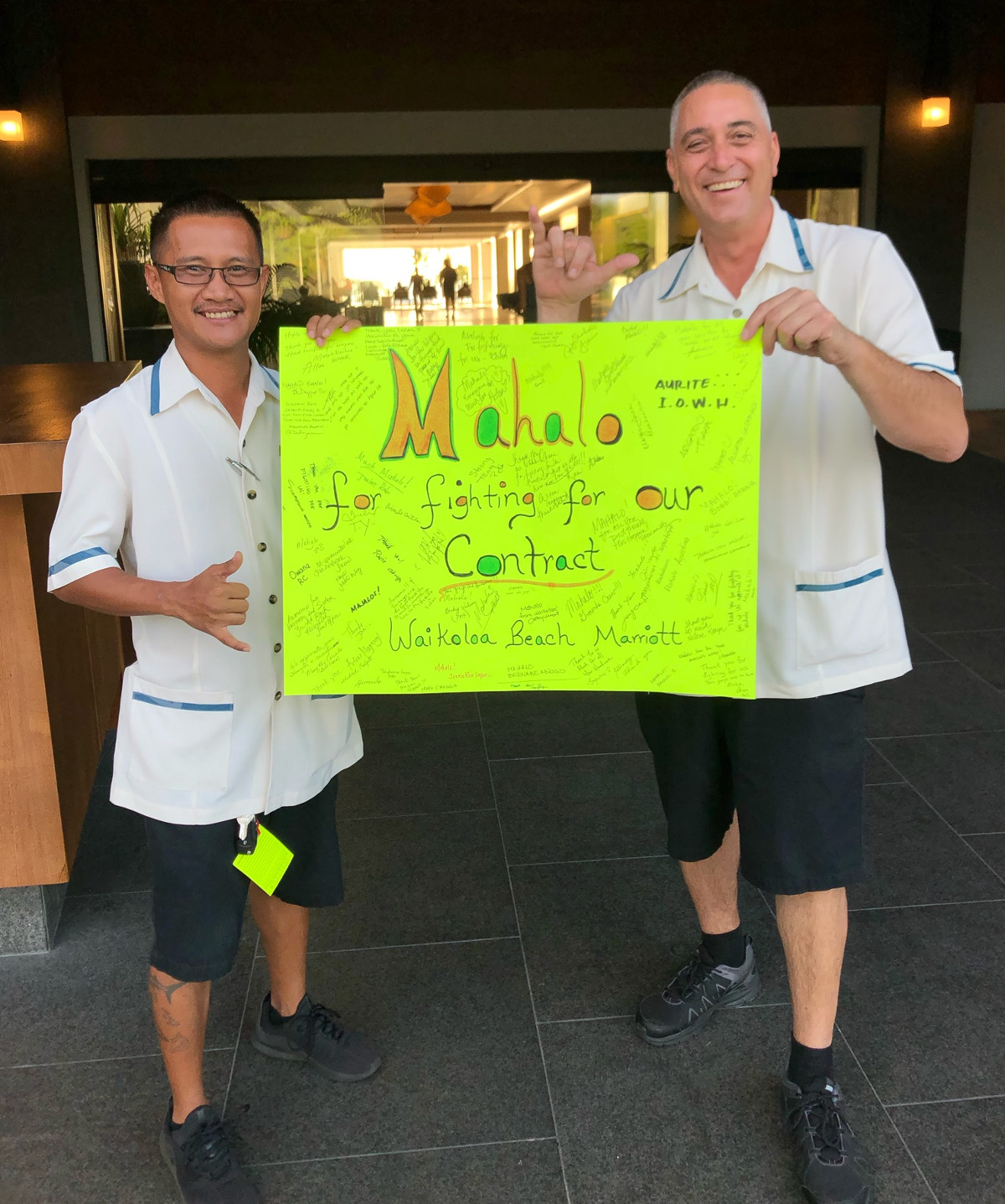