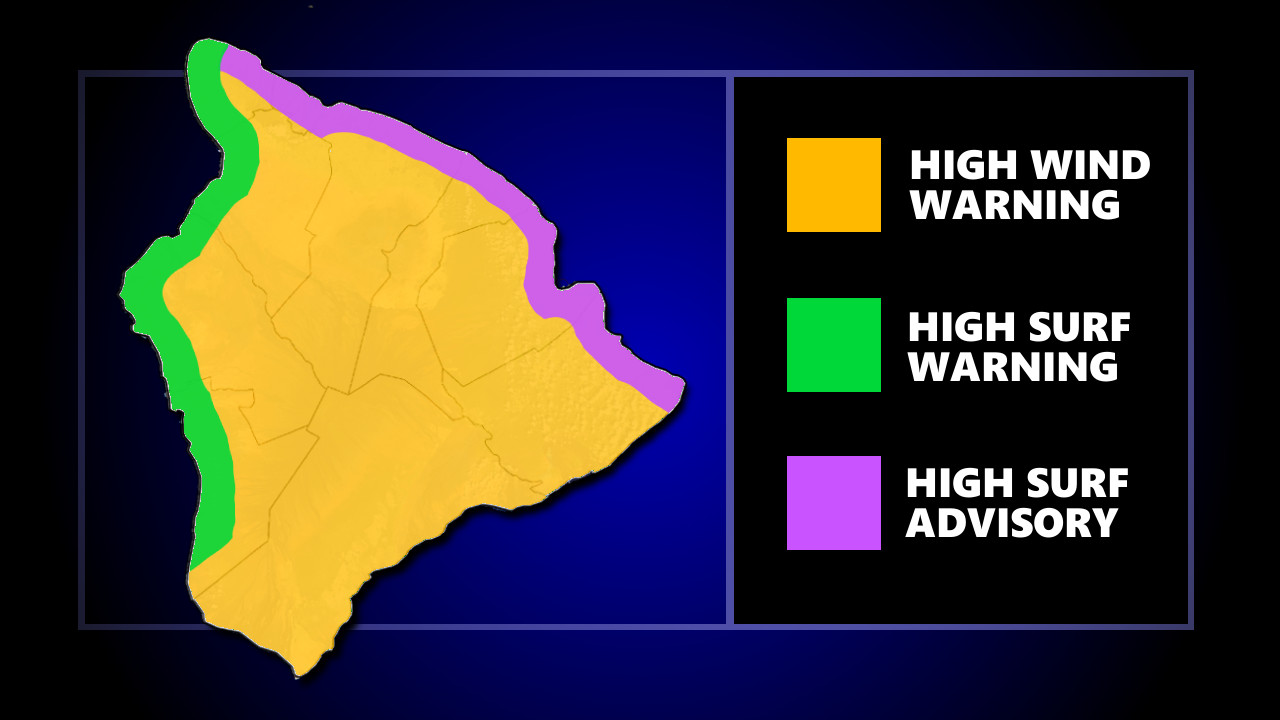 HAWAIʻI ISLAND - All State and County beach parks and camp sites are closed, and low-lying shoreline communities are on alert as a powerful storm will pass just north of the island Sunday.

(BIVN) – A High Wind Warning will be in effect for the entire Island of Hawaiʻi, as emergency officials brace for a powerful area of low pressure that will pass by just north of the state on Sunday.

The storm will send “large, destructive surf, locally damaging winds, and periods of showers to parts of the state this weekend”, the National Weather Service says. “Unsettled weather may persist into the middle of next week as the low lingers to the northeast of the state.”

North-facing shores could see surf rise to 10 to 18 feet on Sunday afternoon and evening.

West winds of 20 to 40 mph, with localized gusts to 60 mph, are expected to impact the island on Sunday. “Winds will be strongest over and downslope from higher terrain, and where most efficiently funneled around the terrain and through valleys,” forecasters say.

Conditions will be far worse at the summits of Mauna Kea and Mauna Loa, where winds will be 65 to 115 mph, with localized gusts over 140 mph.

Low-lying communities along Aliʻi Drive in Kona, and in Puako, Keauhou, Miloliʻi, Keaukaha, and Waipiʻo should stay alert for possible run-up and coastal erosion, officials say.

In a series of emergency messages issued on Saturday, Civil Defense advised residents to “secure all loose objects that may be affected by wind such as canopy tarps and yard furniture that maybe damaged or create a danger to others,” secure boats and aircrafts, and consider postponing or cancelling all outdoor activity.