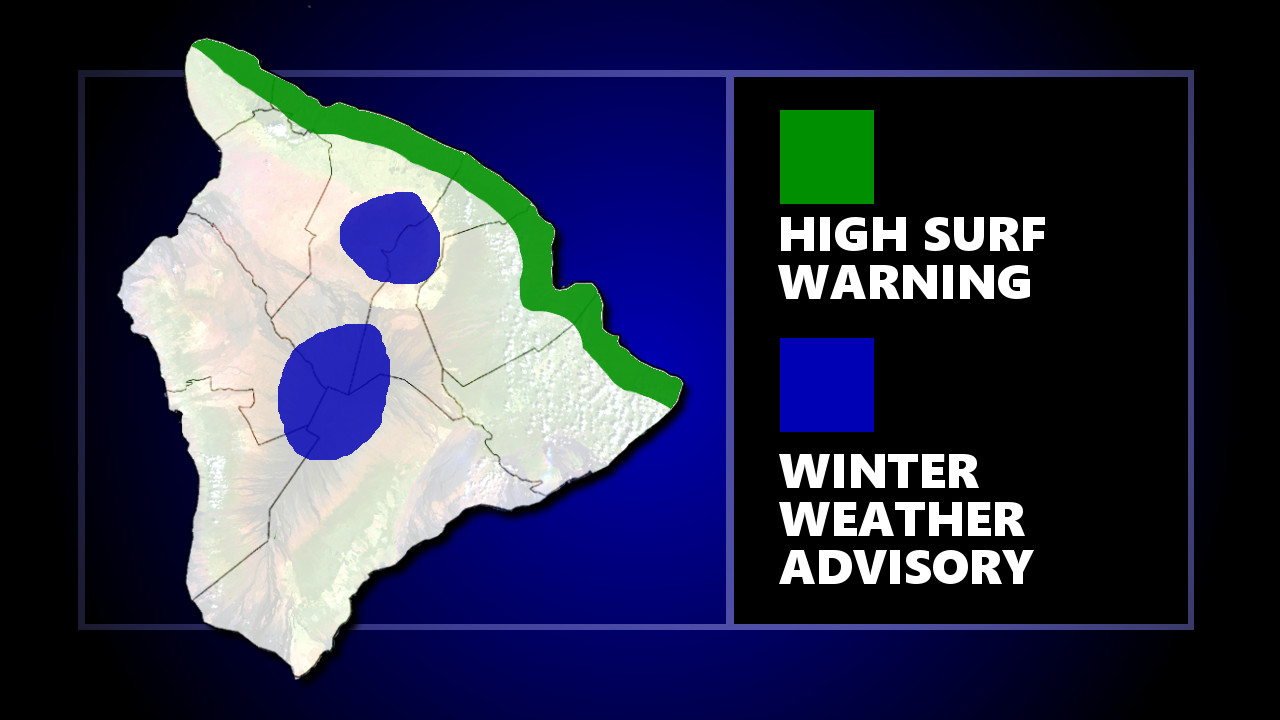 High Surf Warning Back In Effect For East Hawaii Shores

HAWAIʻI ISLAND - The downgrade to a High Surf Advisory was short lived, as a reinforcing swell may wash out plans to reopen beaches on Saturday.

(BIVN) – After a brief reprieve, a High Surf Warning is back in effect for east-facing shores of Hawaiʻi Island until Saturday evening.

“A reinforcing northeast swell will begin to build tonight and will produce high surf along exposed north and east facing shores through Saturday,” the National Weather Service in Honolulu states. “Surf is expected to gradually decline late Saturday into Sunday.”

Before the latest warning was issued, Hawaiʻi County Civil Defense had announced that County beach parks, which were closed over the last few days due to the high surf, would open on Saturday morning. Now, it’s possible those plans could be delayed. Emergency officials say they will assess the situation in the morning and decide if the beach parks will be open at that time.

In the meantime, Civil Defense is telling residents “do not enter the water as dangerous currents make entering the water hazardous,” and “move any property that may be damage by waves or inundation away from the water.”

The only other weather alert in effect is for the summits of Mauna Kea and Mauna Loa, where a Winter Weather Advisory remains in place until morning.

“Occasional snow showers will continue to impact the highest elevations of Haleakala, Mauna Kea, and Mauna Loa through mid morning Saturday,” the National Weather Service said. “Snow covered and icy roadways leading to the summits will make travel to the summits extremely dangerous.”