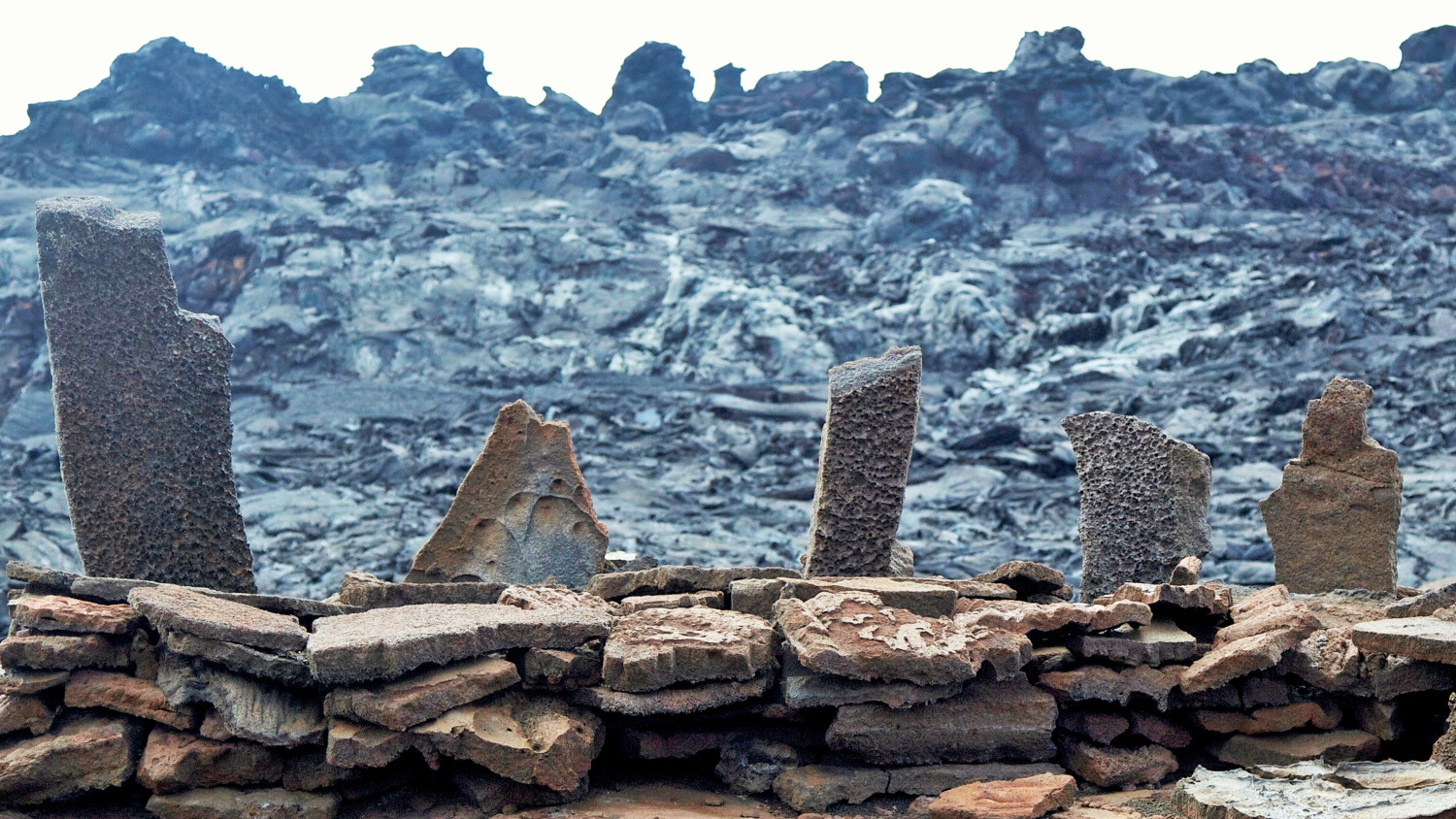 inset of photo by Kalei Nuʻuhiwa

(BIVN) – On Tuesday, March 12, the Hawaiʻi Volcanoes National Park “After Dark In The Park” speaker series will feature Pualani Kanahele of the Edith Kanakaʻole Foundation, who will talk about an archaic intrument found high up on the southwest slope of Mauna Loa.

Pahu manamana o ʻUmi, a stellar instrument positioned at 7,752 ft. above sea level, is an ancient structure and a “remarkable example of the brilliance of Hawaiian archaeoastronomy,” a flyer for the talk explains.

The stone arangement is protected within Hawaiʻi Volcanoes National Park, and the Edith Kanakaʻole Foundation has been studying it. The event flyer states:

The fact that the ancestors were holistic in the organization of their worldview inspired the use of Papakū Makawalu methodology to make sense of these archaic instruments of stone used by the ancestors to align themselves with the moving planets, the rising and setting of stars and even the making of islands.

According to a permit application for Native Hawaiian Practices at Papahānaumokuākea Marine National Monument, Kanahele and the Edith Kanakaʻole Foundation planned to partner with Nā Kālāi Waʻa in order to sail the Makaliʻi to Mokumanamana, the 46-acre island 155 miles northwest of Nihoa. The sail would take place in the Summer solstice in June 2019.

“Mokumanamana is known for its numerous wahi pana (religious places) and mea makamae (cultural objects),” says the Papahānaumokuākea website. “Fifty-five cultural places are known, of which 33 are religious, 17 are shelter caves, and 2 sites are of unknown function.”

“The three-year study of manamana located on Mauna Loa has granted the research team the unique opportunity to study the function of manamana for a longer period of time,” the application says. “With the newly acquired skills the EKF would like to further that knowledge into star, planet and Milky Way alignments during the Summer solstice in June 2019.”

The March 12 talk by Pualani Kanahele will take place at 7 p.m. at the Kīlauea Visitor Center Auditorium.