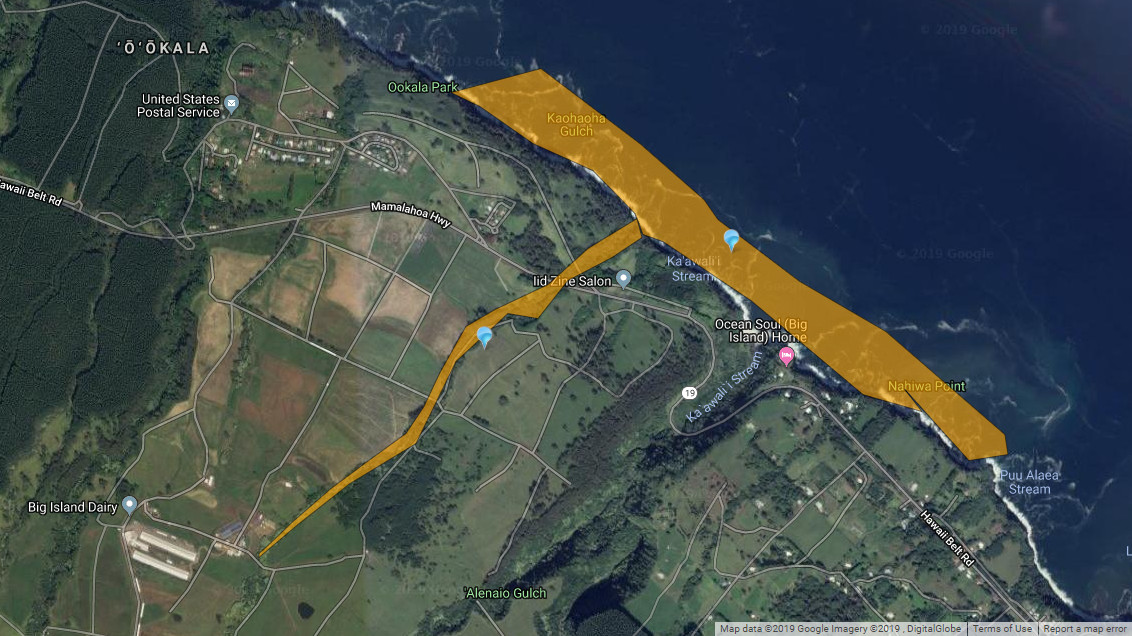 OOKALA, Hawaii - There has been another wastewater overflow at the Big Island Dairy facility above O’okala on the Hamakua Coast, state health officials say.

(BIVN) – The Hawai‘i Department of Health is advising the public stay out of the waters in Kaohaoha Gulch and the coastal waters fronting the gulch in Oʻokala due to another wastewater spill from the Big Island Dairy.

“Water within Kaohaoha Gulch was contaminated with animal waste due to an overflowing retention pond at the dairy facility caused by heavy rainfall,” health officials reported on Sunday.

Health officials say signs have been posted. “The public is advised to remain out of these waters until this advisory has been taken down,” the state notice stated.

In January, it was reported that Big Island Dairy, LLC shall cease its operations as a Concentrated Animal Feedlot Operation (CAFO), dairy producer, and dairy processor, with a “target date to terminate all operations by April 30, 2019,” according to the written settlement agreement, “however, presence of some young stock may continue into May.” The settlement stipulates that milking shall cease no later than February 28, 2019, and states that the dairy company “may explore the possibility of selling its assets at the dairy site to a buyer that may undertake dairying and milk processing in accordance with its own permits and regulatory approvals.”

Today’s health department notice follows heavy rains that triggered a Flood Advisory in Hāmākua for part of the day.

“Heavy rain has also resulted in stormwater runoff entering into coastal waters,” the health department added. “The public is advised to stay out of flood waters and storm water runoff due to possible overflowing cesspools, sewer, manholes, pesticides, animal fecal matter, dead animals, pathogens, chemicals, and associated flood debris. Not all coastal areas may be impacted by runoff, however, if the water is brown stay out. Continue to practice good personal hygiene and follow-up with your primary care physician if you have any health concerns.”

This story has been updated.