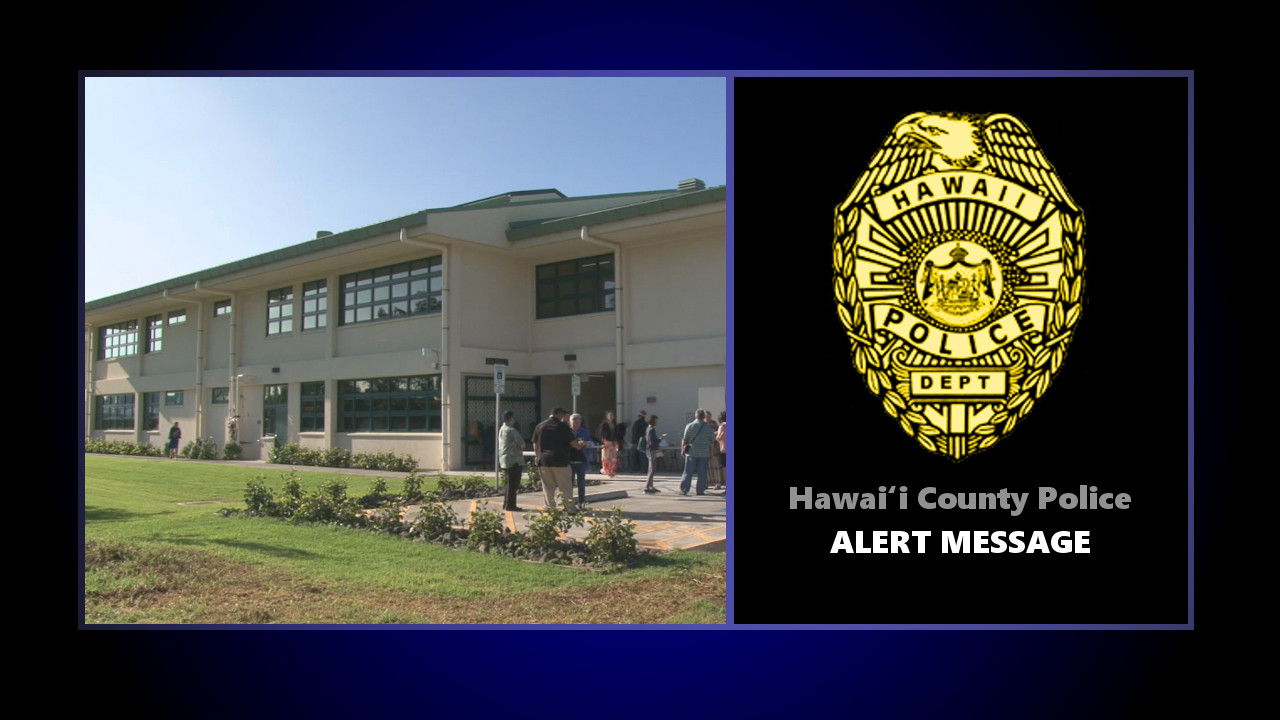 WAIMEA, Hawaiʻi - Police are investigating a threat made on social media that was received from a student at Waimea Middle School, and increased their presence on campus.

UPDATE (5:45 p.m.) – In light of additional information from Waimea Middle School – which clarified that the alleged social media threat did not specifically mention Waimea Middle School but was still taken seriously by officials – we made some changes to the headline and updated the story.

“There was a threat posted on social media – it did not specifically mention Waimea Middle School but we took it seriously and reported it immediately to the police and elementary school,” reported principal Janice English. “It was evaluated by the police and our local school board, charter commission and DOE, and we were advised that it was very likely a hoax similar to what occurred last Thursday and Friday – though those threats did specifically name a school.”

“Additional police presence was provided on our shared elementary and middle school campus, teachers and staff were alerted and teachers were asked to discuss the situation with their students, including how to protect themselves if using social media (ie, to never engage with strangers). Every classroom discussion was different but some also talked about how and to whom to report a threat if one is perceived,” English stated. “There was some discussion in some classes about what constitutes a threat – it could also be someone saying they were going to harm themselves.”

“A letter was sent home with students to families by both the elementary and middle school, and families were also notified via the schoolsʻ electronic School Messenger system and the letter was posted to Waimea Middle Schoolʻs website and Facebook page,” English said. “Also, after-school sports were cancelled.”

2) DELETE THREAT – DON’T REPOST. Reposting “is as good as making the threat itself,” according to police.

3) TALK TO YOUR CHILDREN ABOUT THEIR OWN SAFETY. Students should never talk to strangers. Apps that say they are anonymous and gaming accounts can be especially dangerous because they make it easy for strangers to contact children direct. Families are urged to closely monitor their childʻs social media connections and use of phone and internet.

4) WHAT TO DO IF YOU HEAR OR SEE SOMETHING FRIGHTENING OR THREATENING: Please call the police or the school. For students, inform a teacher, the Principal or other trusted adult. This includes if they see or hear a comment that sounds like someone might hurt themselves. Tell someone.

5) SOCIAL MEDIA IS NOT ANONYMOUS. Law enforcement can track down individuals who are responsible for threatening posts and the FBI reports the person responsible for posting the initial threat last week on what is allegedly an anonymous app has been identified. A false threat made to a school or another public place could result in a federal charge that carries a maximum sentence of five years in prison. If the threat is made by a student, it is considered a Class A offense and consequences can include dismissal with the possibility of arrest and criminal charges.

(BIVN) – Hawaiʻi Island Police say they are investigating a threat made on social media that was received from a student at Waimea Middle School.

As a precautionary measure, police say law enforcement presence will increase on campus on Monday, February 25. Police say they are investigating the matter as a terroristic threatening in the first degree.

Last week, police responded to an alleged threat made over social media towards Hilo Intermediate School.

“The Department takes all threats seriously,” stated Hawaiʻi Department of Education Superintendent Christina Kishimoto in a letter to parents following last week’s threat. “Immediate and swift action is taken to ensure that our campuses are safe and nurturing learning environments for students and staff.”

“We encourage you to speak with your child about the seriousness of making these types of threats, especially over social media, where they may think it will remain anonymous,” Kishimoto’ letter stated. “Our law enforcement partners have the capability to track down individuals who are responsible for these posts.”

Police encourage the public to notify them regarding any suspicious activity or threats made toward any school. Reports can be made to the police non-emergency number at (808) 935-3311 Crime Stoppers at (808) 961-8300 or in an emergency to 911.

Our administration was made aware this moming of a threat to Waimea Middle Public Conversion Charter School on social media. The Hawaii Police Department (HPD) was notified and is currently investigating. As a safety precaution, additional department security and HPD officers will be present on both our campus and the Waimea Elementary School campus throughout the day.

As with any emergency-type situation, we are striving to balance the need for safety with our overall commitment to provide students and families with every sense of normalcy. School will be open and there will be no change in the schedule.

Threats to any Hawaii State school campus and its students are taken very seriously and are investigated thoroughly. If you discover anything that can assist in this investigation, please contact HPD immediately.

Terroristic threats are considered Class A student conduct offenses. Penalties can range from detention to dismissal with the possibility of arrest and serious criminal charges. I urge students and families to refrain from reposting threats. According to police, reposting a threat is as good as making the threat itself and contributes to carrying on the initial threat.

We appreciate your help as we work together to keep all of our students safe. If you have any questions or concerns, please contact our administration at (808) 887-6090.