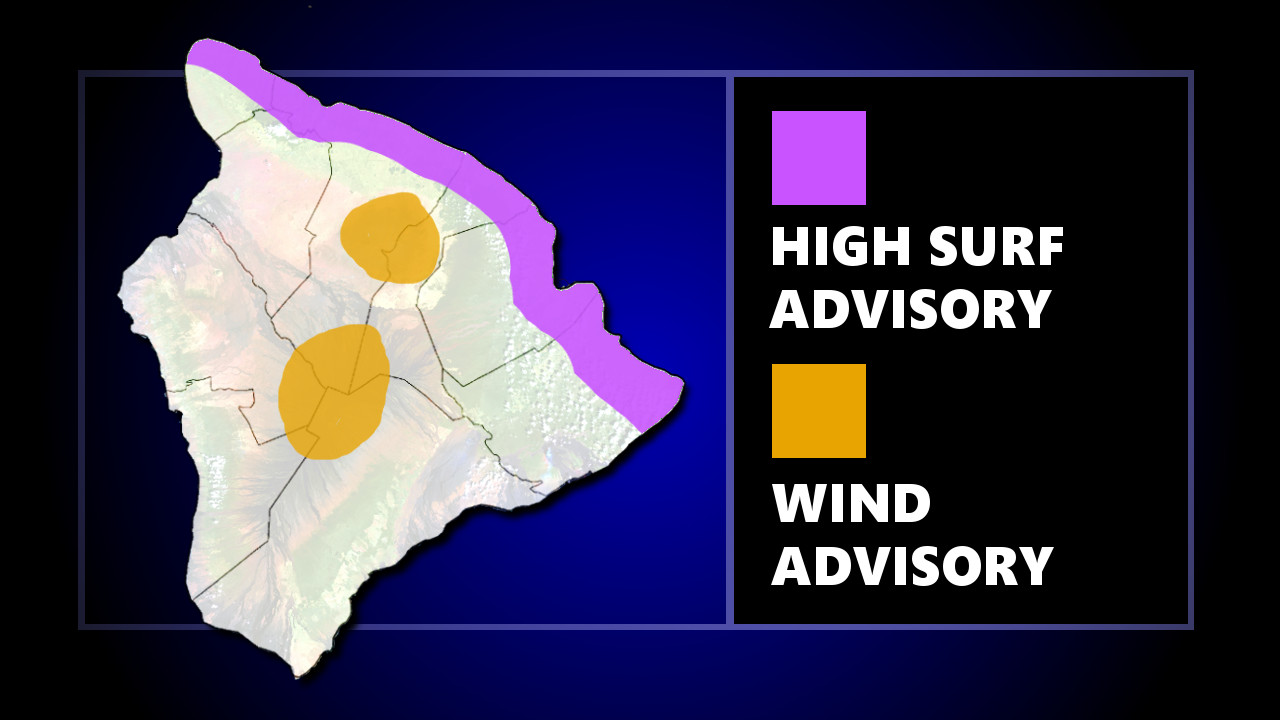 HAWAIʻI ISLAND - The Flash Flood Watch for the Big Island, as well as the Winter Weather Advisory for Mauna Kea and Mauna Loa, are no longer in effect.

(BIVN) – The National Weather Service in Honolulu has ended the Flash Flood Watch for Hawaiʻi Island and has issued a High Surf Advisory for east facing shores, which is in effect until 6 p.m. HST Thursday.

Surf heights of 8 to 12 feet are expected along east facing shores of the Big Island.

“Beach-goers, swimmers, and surfers should heed all advice given by ocean safety officials and exercise caution,” a Hawaiʻi County Civil Defense message stated Wendesday evening. “If in doubt, get out.”

There are no beach park closures at this time, County officials say.

A Wind Advisory is also in effect for the summit areas. The High Wind Warning has been cancelled and the Winter Weather Advisory was discontinued earlier.

West winds of 45 to 55 mph are expected, with possible gusts up to 65 mph, forecasters say. “Motorists, especially those in high profile vehicles, are urged to drive with extreme caution,” the National Weather Service stated.

At 1:51 p.m. Wednesday, Maunakea Rangers reported the road to the summit was closed at the 9,200 ft elevation above the Visitor Information Station “due to patches of ice on the roadway and strong and gusty winds causing chunks of ice to fall off the buildings.”