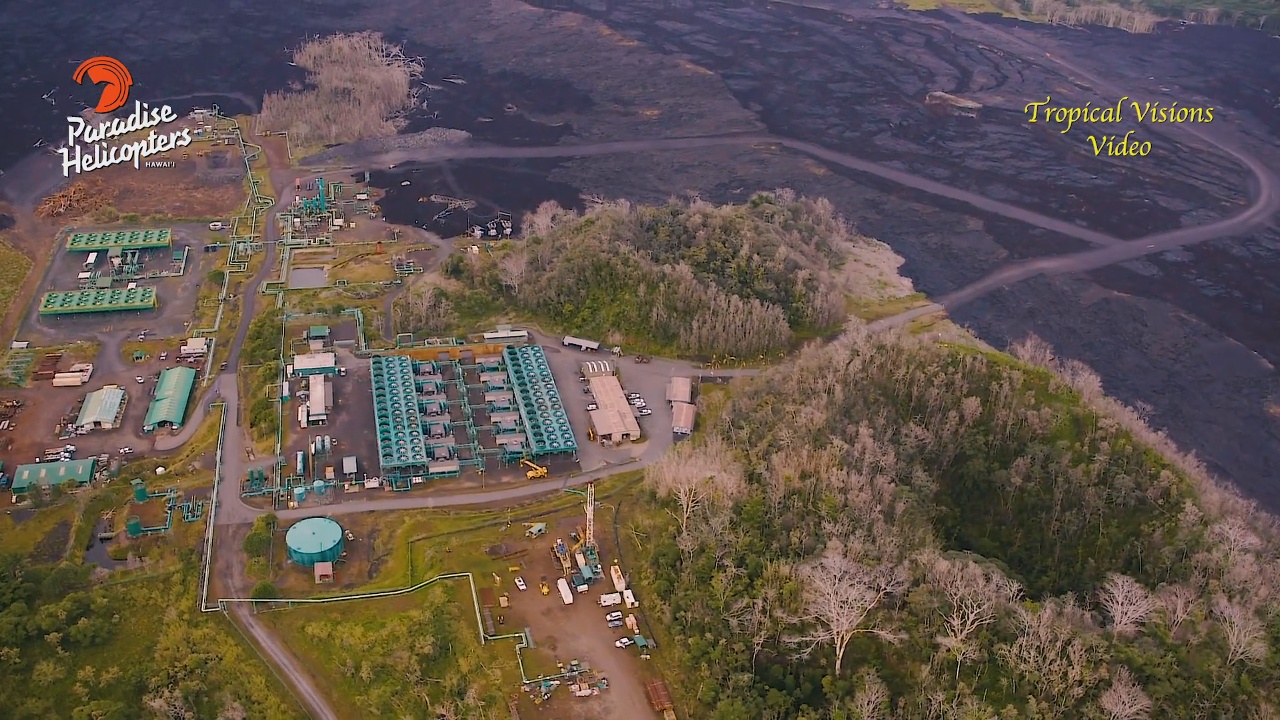 PUNA, Hawaiʻi - The geothermal energy production facility has been offline since May 2018 when the eruption of Kīlauea Volcano began on the lower East Rift Zone.

(BIVN) – Ormat Technologies, Inc., the parent company of Puna Geothermal Venture (PGV), has painted a picture of the facilities efforts to resume power production following the eruption of Kīlauea Volcano.

The information can be found in Ormat’s Fourth Quarter and Year-End 2018 Earnings Call presentation, in which the company reported a 26.5 million (or 3.8%) increase in total revenues from all its holdings around the world.

The report contains an update on the Puna plant, stating what is already known: the company is “working rapidly to resume operation of our Puna power plant” following the Kilauea eruption.

The State of Hawaiʻi and the Hawaiʻi Electric Light Company power utility “expressed their commitment to pursue all that is required to meet our target to operate Puna by the end of 2019,” the report says.

The report breaks down the work that has already been done, saying that an access road to the site has been completed, and workover rigs have been mobilized from the mainland to Hawaii. A new fresh water well has also been drilled.

Now, PGV is working on “removing the plugs from the production wells”, put in place during the eruption to prevent a blowout from lava inundation, and “mobilizing a large rig to the island to enable drilling additional wells if required.”

The building of an electrical substation is expected early in the fourth quarter of 2019.

“Operation of Puna power plant by the end of 2019, is subject to successful results we receive from the geothermal wells and from the plant equipment,” the report notes.

The Earnings Call also included a PGV insurance update. “All insurers accepted our claim and started to pay the costs to rebuild the destroyed items including the substation,” the report states. “Some insurers accepted” that the business interruption coverage “starts at May 2018 and paid so far approximately $12 million that were recorded in Q4 2018.”

Ormat says it is still “in discussions to reach an understanding with rest of our insurers to start paying for the business interruption as of May 2018.”